For reformed Anglo-Saxon monks, the year began with Advent and Christmas. 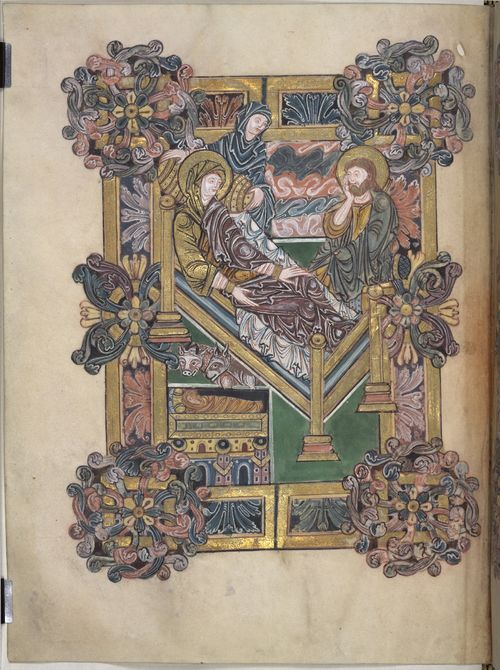 Although Easter was considered the more important holiday by Anglo-Saxon churchmen, Christmas and Advent liturgies feature at the start of the year in liturgical manuscripts produced by the monks in the late 10th century in England, as elsewhere. Many of these manuscripts are now preserved at the British Library. For example, in two series of Old English sermons, written by Ælfric of Eynsham, the first sermons were devoted to Christmas. A sermon for December 25th is the first sermon in his Lives of the Saints (Cotton MS Julius E VII), and the second sermon in his first series of the Catholic Homilies (Royal MS 7 C XII). Both these manuscripts are now available online, via Digitised Manuscripts. 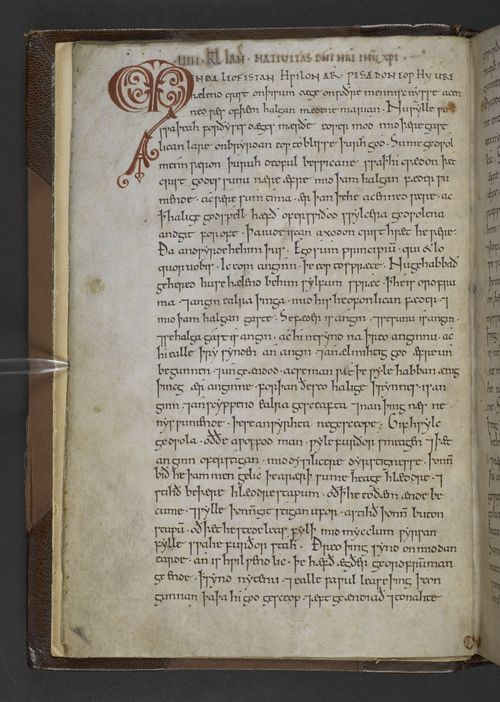 The beginning of the sermon for Christmas, Ælfric’s Lives of the Saints, Southern England, 1st half of the 11th century, Cotton MS Julius E VII, f. 5v

In the sermon in the Catholic Homilies, Ælfric summarizes the story of Christ’s birth as it is found in the Gospels for his Old English-speaking audience, describing how Mary and Joseph had to travel to Bethlehem, how they had to stay in a stables, and how Christ was born in a stable and placed in a binn (the Old English word for a manger or basket which is the root of the modern English word ‘bin’). He then provides context for his listeners by discussing some Roman history, the etymology of the name ‘Bethlehem’, the different ways angels appeared to humans in the Old and New Testaments, and compared the shepherds of the Biblical story to contemporary teachers and preachers. 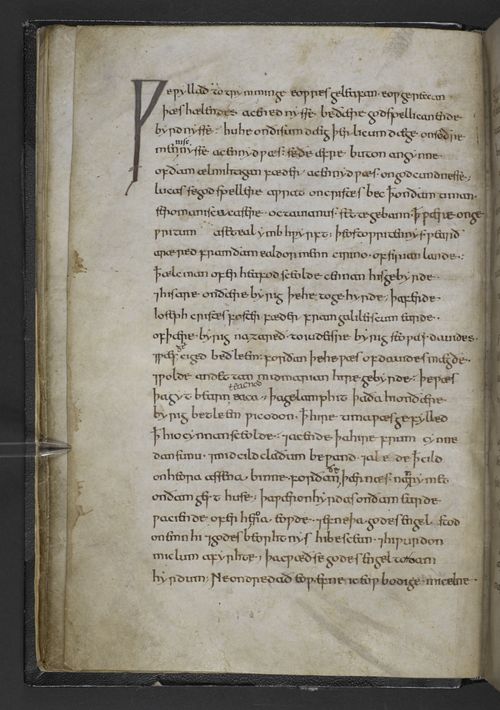 Ælfric was a monk and the most prolific Old English author whose works still survive. He lived in the late tenth and early eleventh centuries. As a boy, he had been trained at Winchester in the school of Bishop Æthelwold, the church reformer whose Benedictional appears above. By about 987, Ælfric had come to the attention of the Anglo-Saxon equivalent of the literati, because he was sent to the church which the thegn (important layman) Æthelmaer had founded or refounded at Cerne. There, around 990, Ælfric wrote a series of sermons for two whole liturgical years: the first and second series of the Catholic Homilies. The manuscript which has just been put online is believed to have been written at Cerne: in fact, some of the marginal notes might even be in Ælfric’s own handwriting, as he apparently edits the text and tries to avoid repeating himself. For example, in the image below, Ælfric appears to have put a box around the text he would like to be deleted from future copies of this sermon. A note at the side explains that this information is repeated, in more detail, in the ‘other book’ (presumably his second series of the Catholic Homilies). 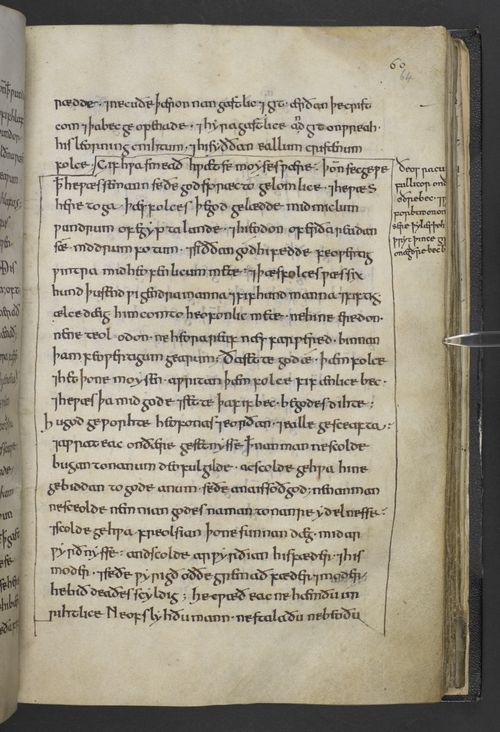 Ælfric’s career was only just taking off at that point. The Catholic Homilies were copied and distributed with the help of the Archbishop of Canterbury, Sigeric. Later in the 990s, Æthlmaer and his father, Ealdorman (senior government official) Æthelweard asked Ælfric to write a further series of homilies about the lives of various saints. The earliest manuscript of this series, Cotton Julius E VII, is now also available on Digitised Manuscripts. 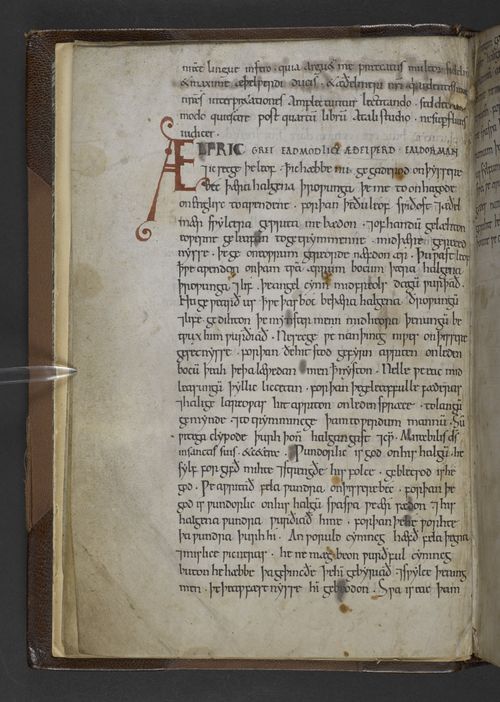 Ælfric’s name begins with a colourful initial in this preface to his Lives of the Saints, Cotton MS Julius E VII, f. 3v

The quality of the colourful and ornate initials in this, slightly later manuscript shows how Ælfric had attracted the attention of patrons and scriptoria with better resources than the scriptoria at Cerne, where the earliest surviving manuscript of the Catholic Homilies is believed to have been written.

In addition to his sermon series, Ælfric wrote several instructional works, including a grammar and a colloquy (an imaginary dialogue between men of different professions, designed to teach young monks Latin). Even judging from the number of surviving copies, Ælfric’s Grammar was a popular work in late Anglo-Saxon England, even a bestseller. Eventually, Ælfric became abbot of Eynsham, just outside of Oxford.

So, whether you are looking for a sermon for Christmas, for key texts by the most prolific Old English author, or simply the root of the word ‘bin’, you can click over Digitised Manuscripts to see all these works in more detail.

Surely at the time he was aiming to teach the young monks Latin rather than English?

Thank you for your kind comment. You are, of course, correct, and we have changed the post accordingly.