Every Christmas we publish gorgeous images of the Nativity from our manuscripts: tranquil scenes of the stable in Bethlehem, with the Christ child in the crib, a serene Mary, Joseph and the animals looking on.  Of course on Christmas Eve another amazing event was taking place not far away: the Angel Gabriel appeared to the shepherds on a hillside, and the news he gave them caused quite a stir.  The Annunciation to the Shepherds, usually depicted at the beginning of Office of Terce in the Hours of the Virgin, gave medieval illuminators more scope for creative interpretation – there is some wonderfully strange and anarchic shepherd-behaviour, and then there are the sheep, some cute and cuddly, some looking more like aardvarks !  This Christmas eve we have decided to share some of our favourite shepherd scenes with you.

We have chosen our favourite image in various categories, but we invite our readers to make suggestions. 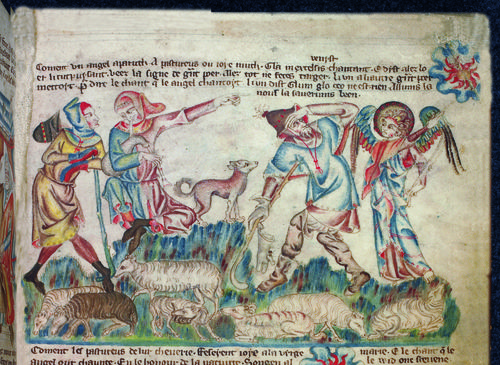 The most cuddly shepherds and sheep 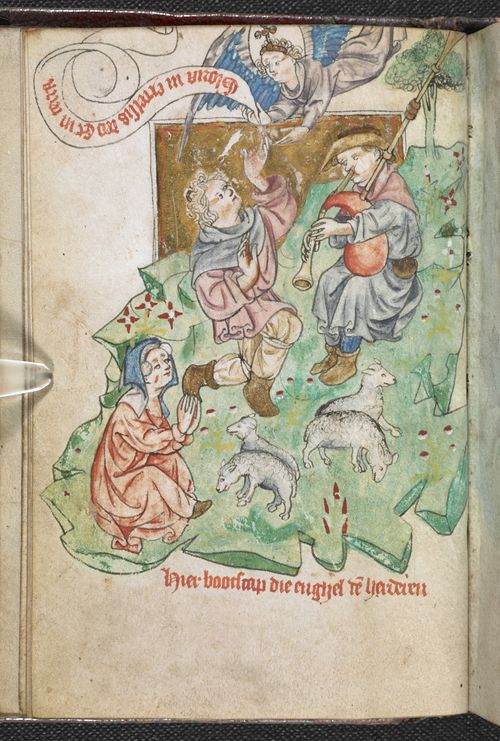 The cheekiest shepherds  (with the most fashionable footwear) 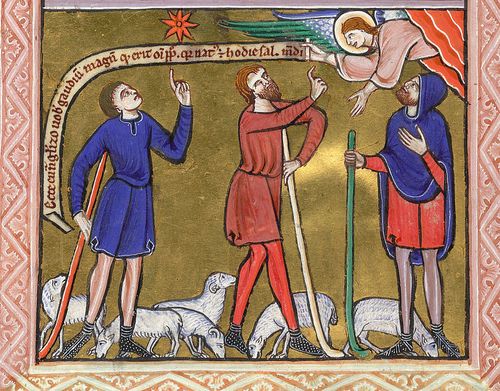 Upper half of a two-part image of the Nativity, England, Central (Oxford), 1st quarter of the 13th century, from a Psalter, Arundel MS 157, f. 3v 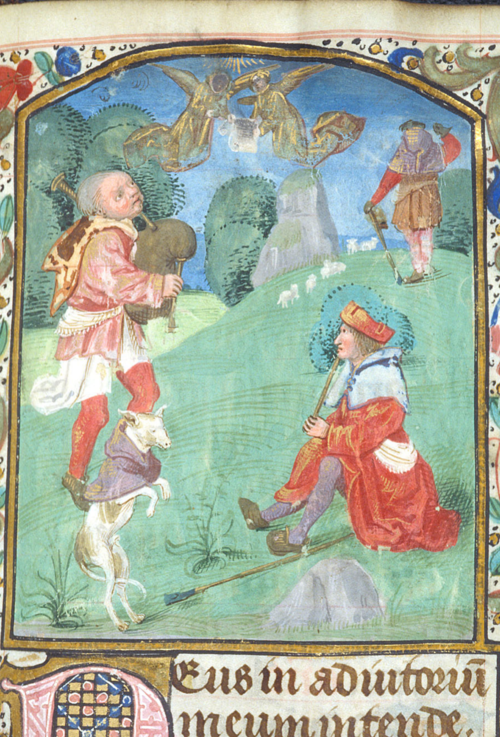 The most relaxed shepherd 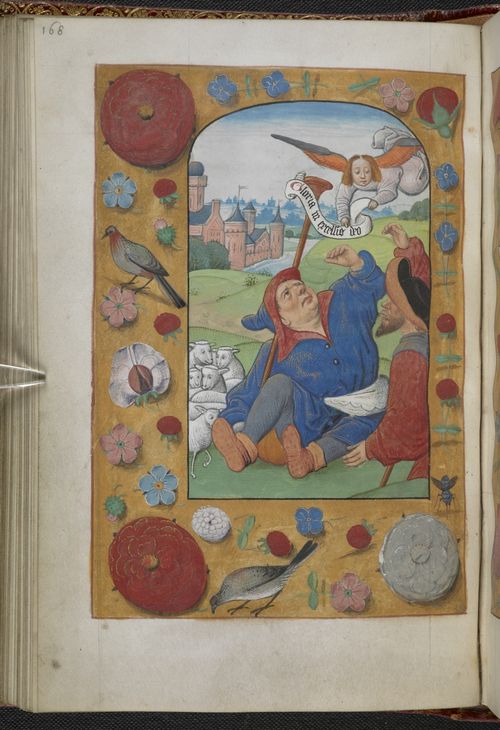 The shepherds with the best dancing style 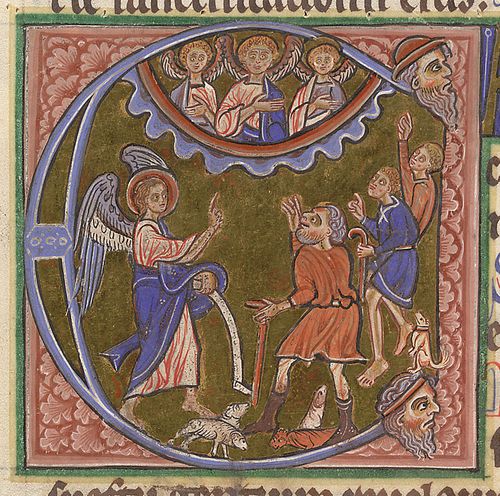 The Annunciation to the Shepherds, England, E. (East Anglia?) 1st quarter of the 13th century, from a Psalter, Lansdowne MS 431, f. 74v

The most excited sheep 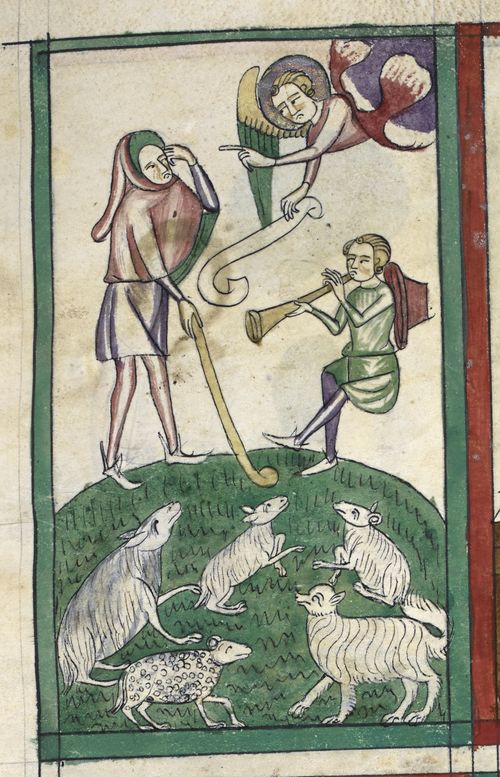 The shepherds with the most flexible necks 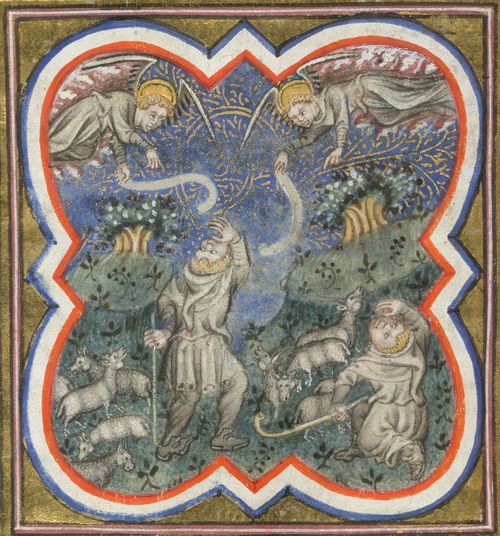 The Annunciation to the Shepherds, France (Paris), last quarter of the 14th century, from the 'Hours of Nicolas Rolin', Yates Thompson MS 45, f. 53

The weirdest-looking shepherds  - note the hat and bagpipes ! 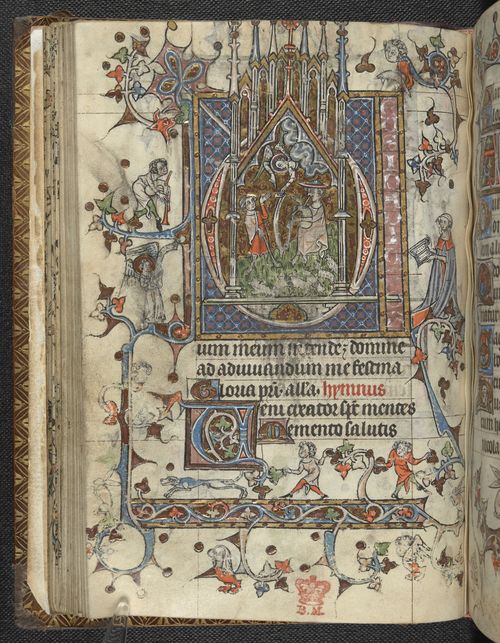 We wish all our readers a festive Christmas Eve!