New Images of the Book of the Queen

The Book of the Queen is one of the most treasured manuscripts held by the British Library. This beautifully illuminated collection of works by Christine de Pizan was made for Isabel (Isabeau) of Bavaria (b. 1371, d. 1435), queen consort of Charles VI of France. It is believed that Christine herself supervised the assembly of the book and may have even been involved in copying passages of text. You can find out more about Christine and this wonderful book here. 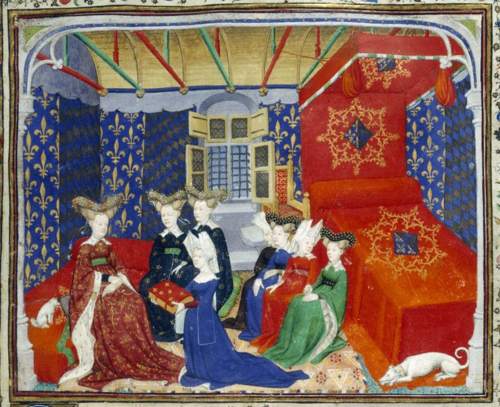 Queen Isabel was not the only medieval female reader to enjoy this copy of Christine’s works. Later in the 15th century, the manuscript was owned by Jacquetta of Luxembourg (b. c. 1416, d. 1472), wife of John [of  Lancaster], Duke of Bedford (b. 1389, d. 1435). Jacquetta was not shy about leaving her trace on this highly prized manuscript, writing her name and her motto, ‘sur tous autres’ [over/above all others], on multiple folios. 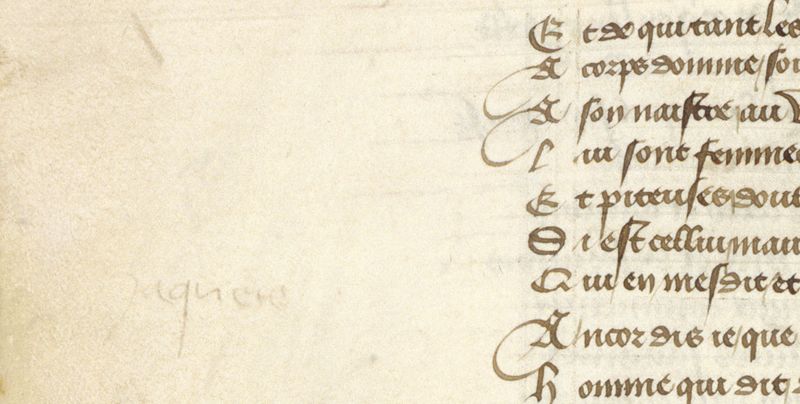 Thanks to the work of our fantastic Imaging Scientist, Dr Christina Duffy, we have new images of the ownership marks left by Jacquetta. By comparing the inscription of her motto on f. 387r with the damaged inscription above her name on f. 1r, Christina has helped to establish with more certainty that Jacquetta’s motto was also written on f. 1r. 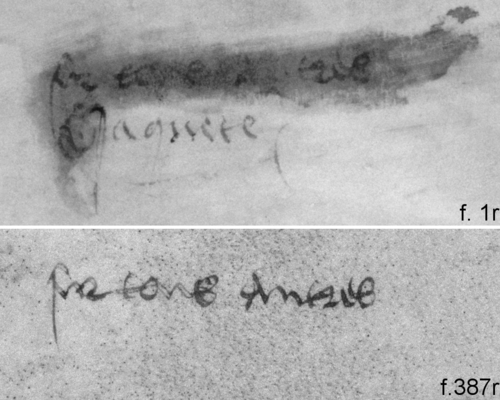 Christina has also rendered Jacquetta’s most unusual inscription more legible. It occurs in a miniature on f. 115v, which depicts Aurora bringing the dawn, and below her, a peasant, fastening his trousers and entering a hen house. 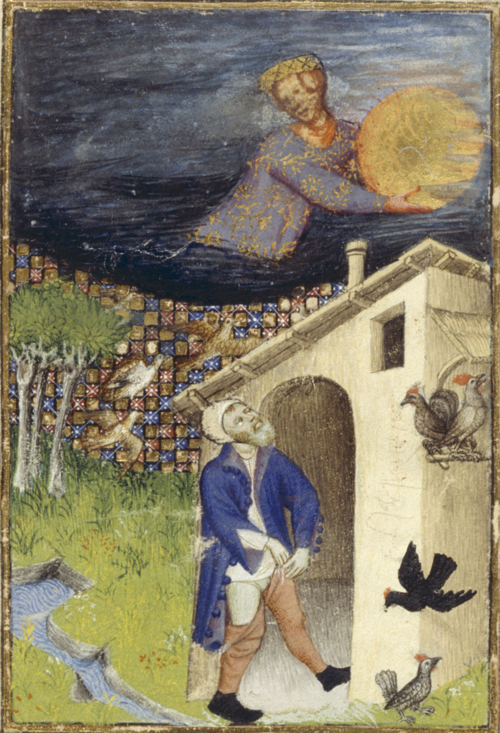 Detail of a miniature of Aurora bringing the dawn, with a peasant, fastening his trousers and entering a hen house, from the Epistre Othéa, Harley MS 4431, f. 115v

Of all the dramatic scenes that illustrate the Epistre Othéa, why did Jacquetta choose this one? Did she identify with the resplendent beauty of Aurora? Was she a morning person? Did this half-dressed fellow take her fancy? Share your thoughts with @BLMedieval!

For information on Jacquetta’s marks of ownership see:

Sandra Hindman, 'The Composition of the Manuscript of Christine de Pizan's Collected Works in the British Library: A Reassessment', British Library Journal, 9 (1983), 93-123.

You can discover more about Christina’s work by following her on Twitter and by checking out the Collection Care blog, which discusses the activities of the British Library’s scientists and conservators. Christina’s most important collaborations with the Section of Ancient, Medieval and Early Modern Manuscripts include the creation of a CT scan of the St Cuthbert Gospel and her ground-breaking multispectral imaging work on the British Library’s burnt copy of Magna Carta 1215 .