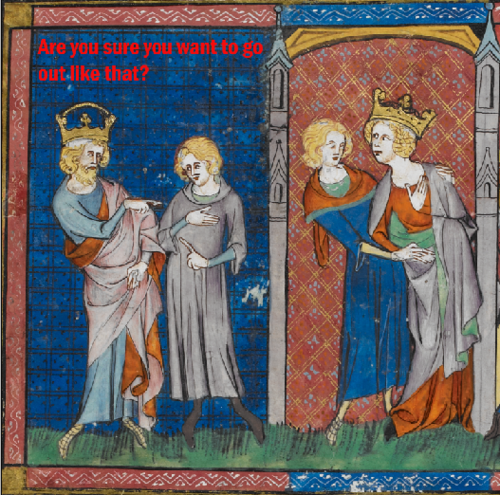 It's that time of year. London Fashion Week began today. To celebrate, we have decided to republish an important op-ed piece we published 18 months ago. We were delighted to see some medieval inspired looks at the Dior Fall '17 couture show, which we suspect was inspired by the V&A's Opus Anglicanum show. However, we feel there is more to be made of the marriage of fashion and medieval culture.

Here’s a run-down of some looks we want to see next season.

It hasn’t been on-trend since c.1550, but we think it’s time it made a come-back. Team with killer heels for maximum impact. 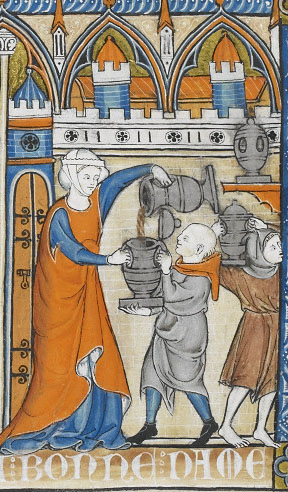 A scalloped hem will give your wimple a more relaxed feel. Perfect for a first date. 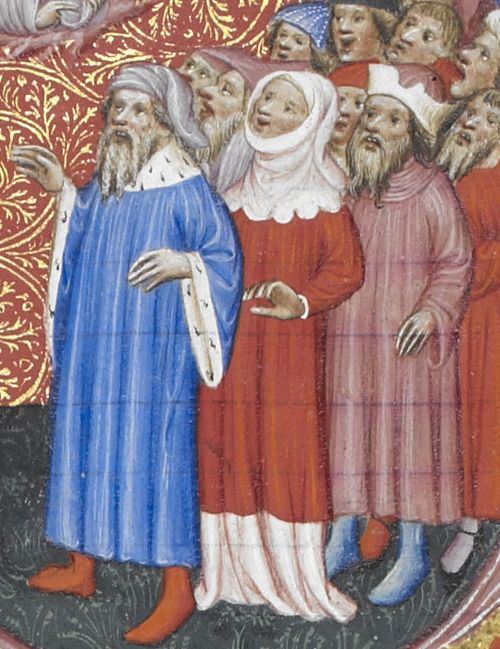 The fascinator has had its day. Millinery needs to get theatrical. 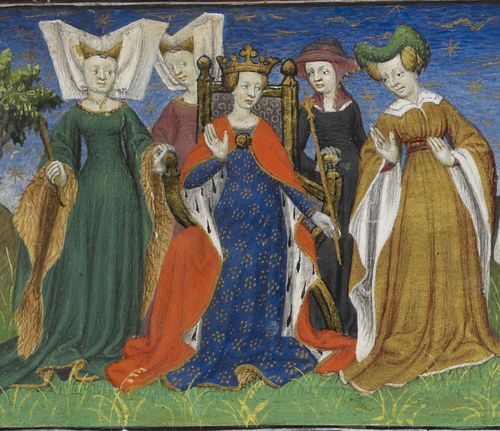 Detail of the queen of Macedon and her ladies from ‘Histoire d’Alexandre le Grande', Paris, late 1420s, Royal MS 20 B XX, f. 7r

Experiment with diaphanous fabrics for an improbable, wind-defying look. 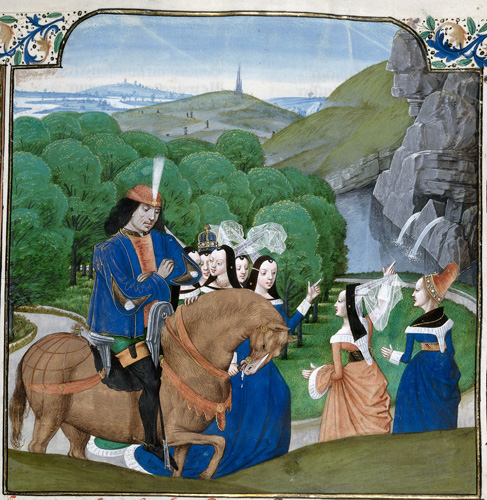 Offset a linear silhouette with head-wear more suited to bee-keeping. 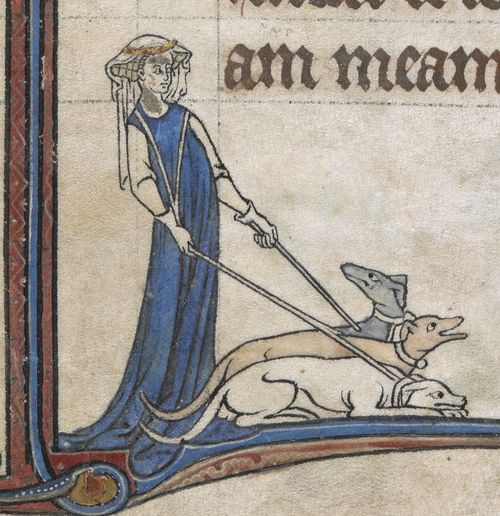 Even a monochrome outfit can be made to stand out with some serious underpinning. 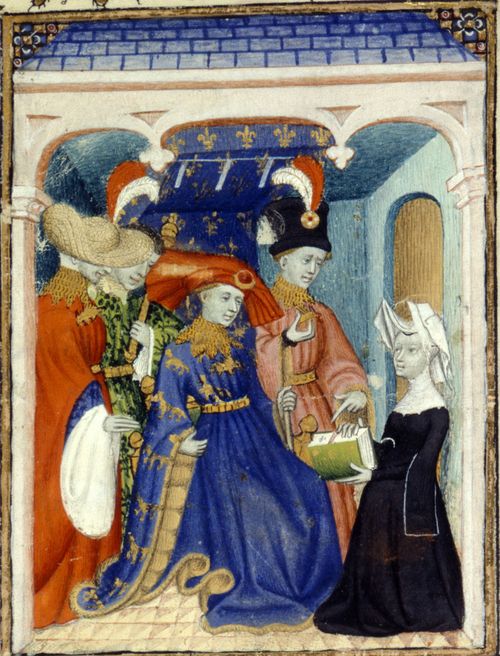 Outfits? The attire of one person? It’s starting to look at bit dated. We want to see clothing put together with an eye for a person’s surroundings. For example, stockings should be matched to the robes of nearby bishops. 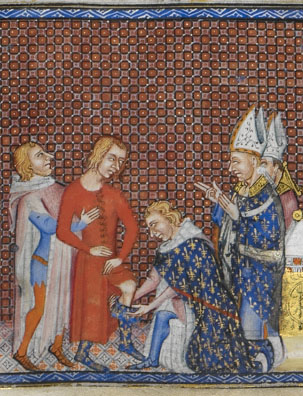 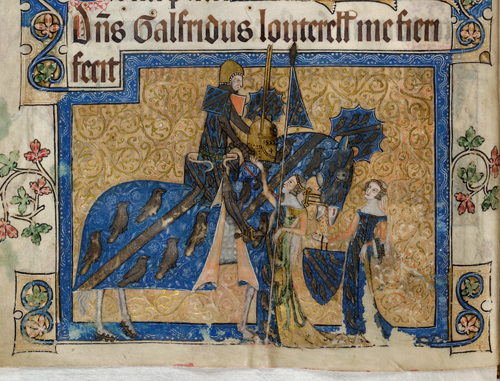 We’re calling it the Bocking. It’s the stocking-boot. The shoe-boot (shoot) was big on the high street recently, but this year we want it to be all about the continuous sharp-toed stocking-boot.

The longer the toe, the better. Preferably so long, your shoe extends into the personal space of people nearby or over the lip of an image frame.

The hipster beard is big right now, but it can be bigger. Think beard meets onesie.

A Wildman (Wodewose) from the Genealogy of the Infante Dom Fernando of Portugal, Lisbon and Bruges, Antonio de Holanda and Simon Bening, 1530-4, Add MS 12531 f. 1 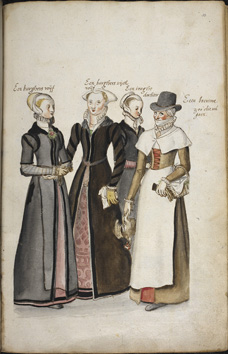 Wonderful! Who says librarians don't have a sense of humour?

A fun post.
Just one point--the lady in the illustration of La Somme le roy is not wearing a wimple.
The white strap around her chin is a barbette.
The scalloped strip of fabric around her head is a fillet.
The white cap next to her head is most likely a St. Birgitta's coif (the surviving example is said to have belonged to St. Birgitta of Sweden).
This head gear indicates a married woman.
And yes, I do far too much thirteenth century reenactment.