The Leaping Saint: 29th February in the Middle Ages

Today is a Leap Day. People born on this day are known as ‘leaplings’. This bonus day only comes around every four years to accommodate the fact that the solar year is a pesky 365.2422 days long. Throughout human history there have been a number of attempts to knit the solar year to the calendar, with varying degrees of success. Adding an extra day to the end of February is, actually, a comparatively recent innovation.

The ancient Egyptians had a whole leap-month, called the intercalary or epagonal month, which consisted of either five or six days, that was added to the end of the year. It still survives in the liturgical calendar of Egyptian (Coptic) Christians.

The Romans used this method until 46 BCE, when Julius Caesar set about reforming the calendar. Caesar got rid of the leap-month and came up with the idea of adding an extra day in February every four years. The addition, however, was inserted not at the end of the month, as in our calendars, but by repeating 24th February (the sixth day before the start of March - as the Romans termed it). Caesar’s practice, together with his reformed calendar, now known as the Julian calendar (after the emperor himself), was later adopted in both Western (Catholic) and Eastern (Orthodox) Christianity. The leap day is still called “double-sixth-day”, in French (dissextile), Italian (bisestile) or even in Greek (disektos).

This doubling of 24th February, together with all the consequences it brought about, is accurately explained in a lavishly illuminated collection of ecclesiastical laws from the fourteenth century 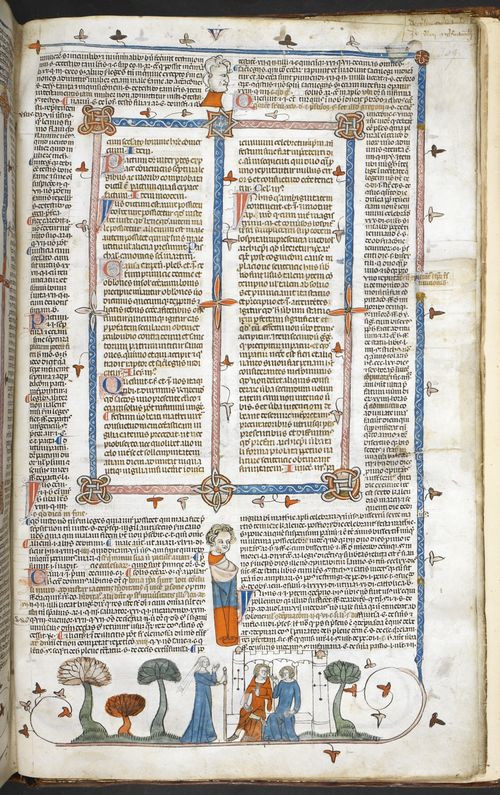 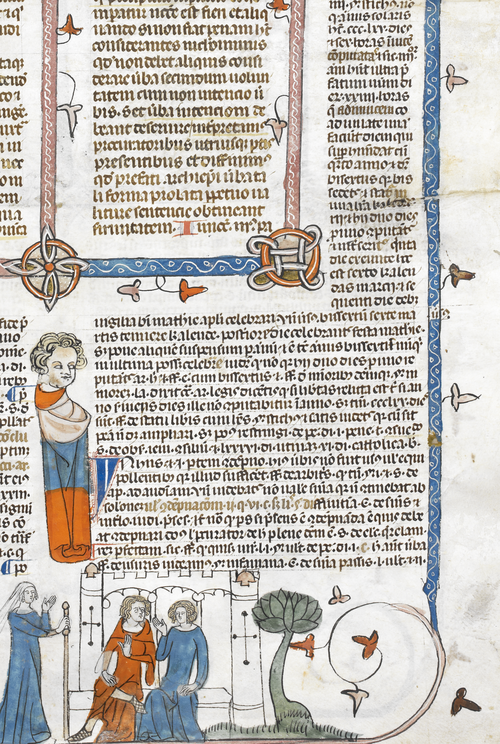 A standard solar year has 365 days and six hours, so in four years’ time these hours make 24 extra hours, which must be added as a new day to every fourth year. This additional day is what we call “double-sixth-day”, because, although it is counted as an addition, it stands under the same number as the previous day in the calendar, so that the two days are regarded as one and the same. The extra day is inserted in the calendar after 24 February (six days before the first day of March) so that we celebrate the memory of St Matthias the Apostle (24 February) on the next day, too.

In 1582, calendrical reform came from Rome again, this time, from Pope Gregory XIII (1502-1585). Gregory realised that because a whole day was added to every fourth year, when in fact it should be a bit less than a day to be accurate, the Julian calendar was 11 days ahead: 15th October in Gregory’s time was, astronomically, 4th October. In order to cut out this accumulated surplus, he issued a Papal directive stating that 4th October in 1582 will be followed by 15th October and the first year of each century will not be a leap year any more, except if it is divisible by 400. So what about the leaping saint? Well, the medieval solution for the leap-year problem was generous. By doubling 24th February the following saints’ feast days could all keep their original date and – because there were two 24ths in the month – February remained 28 days long. In this way, no saint suffered the ignominy of having their feast day celebrated only one year in every four. Instead, there was a gain: in the leap year Saint Matthias was celebrated twice – on the 24th(a) and 24th(b) alike.

Yet curiously, in this overhaul the repeated 24th remained in place. It was only over time that the medieval system of two 24ths was phased out and replaced by a 29th day of the month, but the tradition of having an extra 24th with its leaping saint, the Apostle Matthias, is still preserved in the Catholic liturgy. 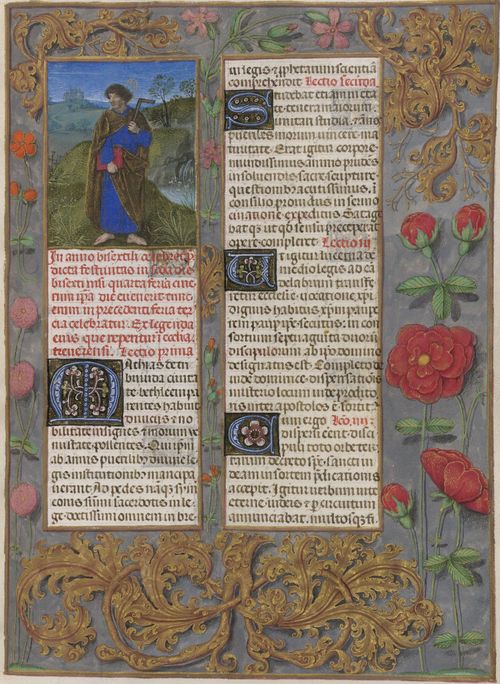 Page from a fifteenth-century breviary, with instructions on how to celebrate the Evangelist Matthias in a leap year, The Breviary of Isabel the Castile, Southern Netherlands, c. 1497, Add MS 18851, f. 347r

The ancient Egyptian calendar had twelve months of thirty days each followed by five days 'on the year', which the Greeks called epagomenai, 'brought in'. After a failed experiment in the third century BC at adding a sixth such day every four years, the task was achieved, initially in Alexandria, by Augustus; before then, the old Roman calendar of four 31-day months, seven 29-day months, and a 28-day February whose last four or five days were displaced every few years by a 27-day Interkalaris, had been replaced by Julius Caesar, whose leap-day, ante diem bix sextum Kalendas Martias (added for the first decades are his death every third instead of every fourth year by mistake), to judge by official sources properly followed the normal a.d. VI = 24th but was popularly misunderstood as preceding it, whence the custom of celebrating St Matthias on the 25th in leap year except in Norway and Iceland, which kept hom on the 24th; Pope Alexander III ruled both practices permissible.The Greek church, which had given up Roman reckoning by Kalends, Nones, and Ides, simply numbering the days continuously from 1 to 28, 29, 30, or 31 as the case might be, assigned the 29th to St Cassian, culted only every fourth year (allegedly as punishmen for being the last to show up for assignment of duties); the 29th was also the obvious leap-day in Western civil calendars basd on the forward not the backward count.