The Vikings are back! To commemorate the 1,000th anniversary of the conquest of England by King Cnut in 1016, one exhibition case in the Sir John Ritblat Treasures Gallery (free admission, Monday to Sunday) is currently devoted to a variety of different sources from his reign. 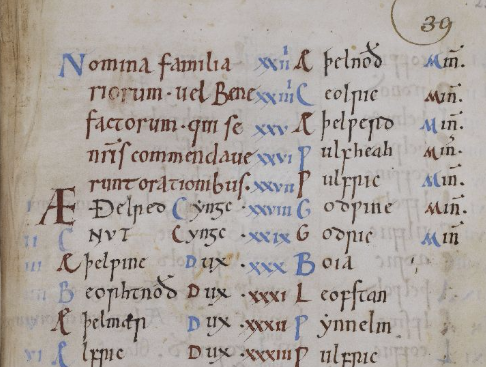 Detail of a list of benefactors including ‘Æðelred [the Unready] Cynge' and 'Cnut Cynge', from the New Minster Liber Vitae, England (Winchester), 1031, Stowe MS 944, f. 25r

The new display includes two charters, a list of benefactors from the Liber Vitae of the New Minster, Winchester, the account of Cnut’s defeat of Edmund Ironside in the ‘D’ version of the Anglo-Saxon Chronicle, and the earliest surviving copy of Cnut’s law codes issued at Winchester in 1020 or 1021. 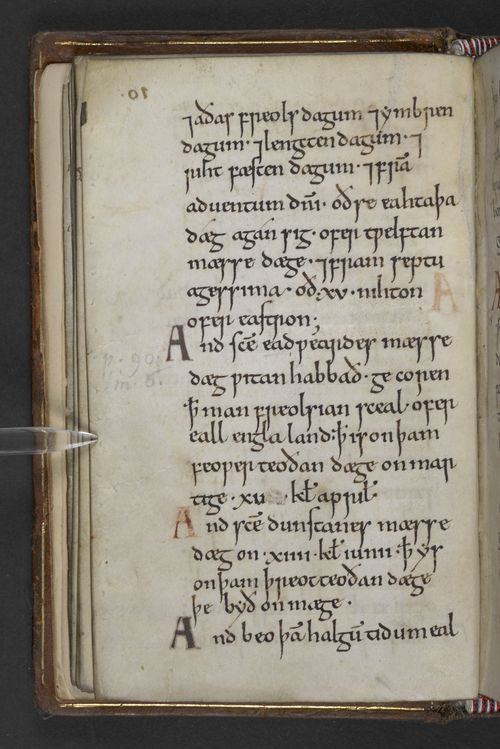 Section of Cnut’s law codes, from I-II Cnut, England, second half of 11th century, Cotton Nero A I, f. 11v

Apart from the two charters, all these manuscripts are now available on our Digitised Manuscripts website, but it is well worth seeing these variously sized manuscripts in person, if you are in London: for example, the law codes on display are the earliest surviving example of a ‘pocket-sized’ volume of English laws. So if you get the chance, do pop into the Treasures Gallery to learn more about what was happening 1,000 years ago!