The Coronation Gospels on Display in Edinburgh

The exhibition Celts opens at the National Museum of Scotland in Edinburgh on 10 March 2016. The British Library has lent the Coronation Gospels (Cotton Tiberius A II) to the exhibition. This ninth-century copy of the Gospels in Latin is usually known as the ‘Coronation Gospels’ owing to the erroneous belief of its early modern owner, Robert Cotton, that early English kings took coronation oaths on the manuscript. The Coronation Gospels’ artwork and later history demonstrate the interconnectedness of secular leaders in early medieval Europe. As such, they form part of the exhibition’s exploration of how different cultures came into contact and influenced each other. 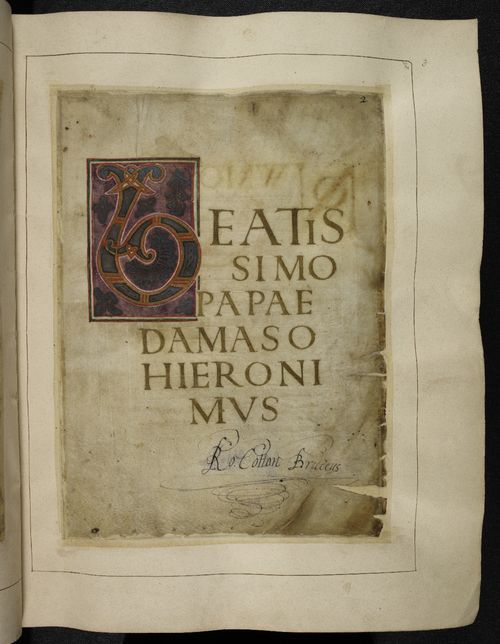 The exhibition in Edinburgh focuses on diverse artistic influences exhibited by the decoration of the Gospels, particularly in their fine initials and in their portraits of the evangelists. However, the manuscript’s later history also contributes to the exhibition’s theme of diversity and intra-European contacts. 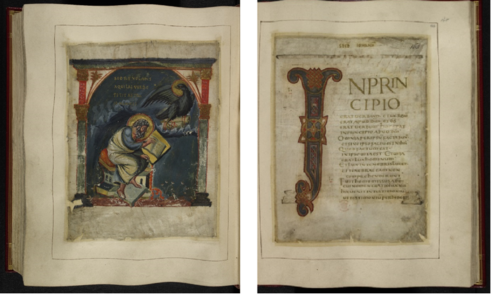 Connections and contacts can be seen in the way the Coronation Gospels travelled between various owners across Europe. The manuscript was made somewhere in northern Europe in the ninth century, possibly at the monastery of Lobbes, in modern-day Belgium. By the early tenth century, it had arrived in England, where it belonged to King Æthelstan (d. 939), according to an inscription made in the mid-tenth century at Christ Church Canterbury. 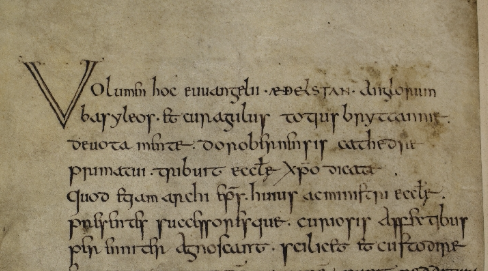 The manuscript may have arrived in England thanks to Æthelstan’s close connections to Continental leaders. At the beginning of the Gospel of Matthew, an English scribe wrote the names Odda (the Old English spelling of Otto) and Mihthild (Matilda) (f. 24r). Those were the names of Otto I, who was king of East Francia from 936 and who was crowned emperor in 962, and his mother (who died in 968). 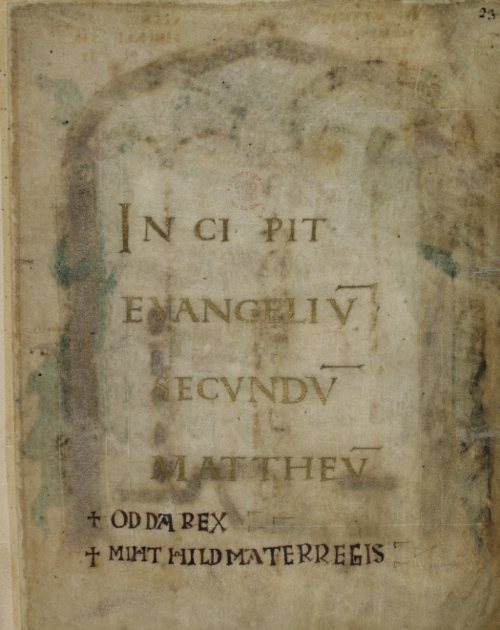 Æthelstan had extensive dealings with Otto, who married Æthelstan’s half-sister, Eadgyth or Edith, in 929 or 930. The inscription may suggest that this impressive copy of the Gospels was a present from Otto to his brother-in-law, Æthelstan, who was a great collector of books. The British Library houses some of Æthelstan’s other books, including another Continental manuscript that Æthelstan gave to St Peter’s Abbey in Bath (Cotton MS Claudius B V, which may also be viewed in full on the British Library’s Digitised Manuscripts website) and a late ninth- or early tenth-century Breton Gospel-book which Æthelstan apparently gave to St Augustine’s Abbey, Canterbury (Royal 1 A XVIII).

In addition to being a great collector of books, Æthelstan was also a great re-gifter of manuscripts. At some point before his death in 939, the king gave the Coronation Gospels to Christ Church Cathedral, Canterbury, according to further inscriptions recorded in the book (ff. 15r and 15v). The first inscription takes the form of a poem praising Æthelstan’s piety, describing the book’s ornate cover, and hinting at a grim fate for anyone who should be tempted to steal the book away from Canterbury. 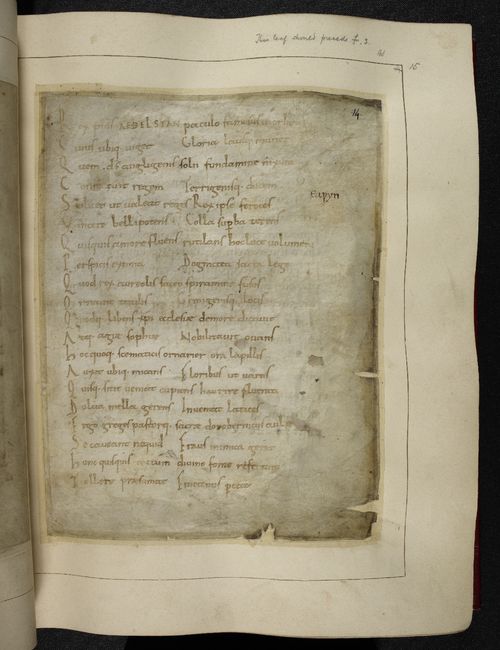 Although the poem seems to have been written at (or least for) Christ Church Canterbury, which is mentioned by name, the handwriting shows it was copied, and possibly composed, by someone trained in mainland Europe, providing evidence of continued interaction between writers and artists with backgrounds in different regions and styles.

The British Library is delighted to be supporting the National Museum of Scotland’s Celts exhibition. Catch it while it is on, between 10 March and 25 September 2016!