Today we are beginning a series of posts about medieval women. Our first post shines a spotlight on a highly educated, shadowy female poet. Contrary to popular belief, there were quite a number of famous medieval women writers and readers, and the British Library is lucky enough to look after a range of texts made for, written by, and even copied by women writers, from ninth-century Mercian prayer books (such as Harley MS 7653) to the Book of Margery Kempe (Add MS 61823, perhaps the earliest surviving autobiography of an English person) to the works of Christine de Pizan in the lavishly illustrated Book of the Queen  (Harley MS 4431) to a collection of Latin, French, and Italian prayers translated and copied by the twelve-year-old future Elizabeth I as a New Year’s present for her father, Henry VIII (Royal MS 7 D X). Elizabeth really went the extra mile when it came to presents: not only did she translate and copy the text herself, she even embroidered the manuscript’s cover with Tudor roses and her father’s and stepmother’s initials. The author of the poem appears to be female, because she uses the female pronoun ‘grata’ in the penultimate line. In her learned poem, which is full of classical allusions, she claims that she has been exiled by ignorant rulers who disapprove of her writing, and asks the muse Clio to leave her as she won’t need her help any more. ‘Art is my crime, and my genius’, she laments. (The poem is edited and translated in The Lost Love Letters of Heloise and Abelard, by Constant J. Mews, translated by Mews and Neville Chiavaroli (2nd edn, 2008), pp. 164-66).

The poet also suggests that the (male) leaders who have banned her writing might just be jealous of her talent, since she could see no theological reason for banning women from writing:

‘Now if only I knew what wickedness our writing might be....

Much writing will not stop me from being good,

Writing allows me, not forbids me to know God.

We believe and know rationally that God exists

And also that what we do God does not forbid...

Your mind desired to condemn what it could not do...

Compose verses, you slanderer of verse, so that I may think

That you of course can create but do not want to.

The identity of this brave and outspoken poet is unknown, although it has been suggested that the writer might be Heloise, the noted female writer from early 12th-century France.

In 1129, Suger, the powerful abbot of Saint-Denis, sanctioned the expulsion of Heloise and her nuns from their convent in Argenteuil on charges of misconduct, which might have inspired a poem about exile such as the one in Add MS 24199. The classical allusions echo the language of some of Heloise’s letters to her former lover, Abelard; but the writer may equally have been an anonymous female scholar who refused to be silenced.

This woman's poetry did find more appreciative audiences. The copy of this poem which has been digitised has been associated with Bury St Edmunds, an all-male house in East Anglia. The poem is an enigmatic testament to an extraordinary woman whose identity remains uncertain and a reminder of how often women’s voices have been muted through history. 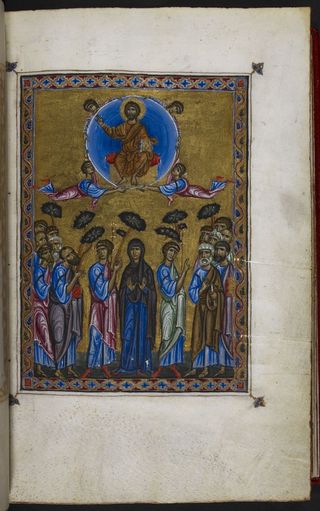 The Books of Remarkable Women 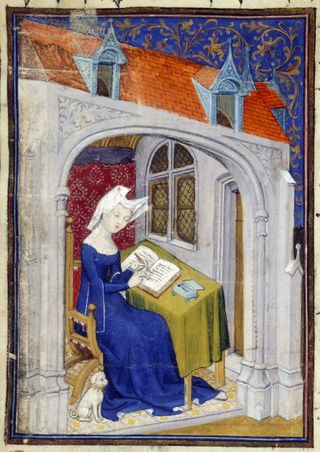 Christine de Pizan and the Book of the Queen

Posted by Ancient, Medieval, and Early Modern Manuscripts at 10:01 AM