Spring is in the air and April is upon us, so it is high time for a floral gift to our readers. Here it is: all 14 of our Roman de la Rose  manuscripts have now been fully digitised and are or will soon be available online at Digitised Manuscripts. The ‘Roman de la Rose’, the most famous allegorical love poem of all time, was composed in France in the thirteenth century, at the height of the age of chivalry and courtly love. It was a best-seller in the Middle Ages, with over 300 manuscripts surviving from the 13th to the 16th centuries (many more than Chaucer’s Canterbury Tales).  This work exerted a strong influence on literature in France and beyond: Dante, Petrarch, Gower and Chaucer were well acquainted with it and the latter’s Middle English ‘Romaunt de la Rose’ is a partial translation. 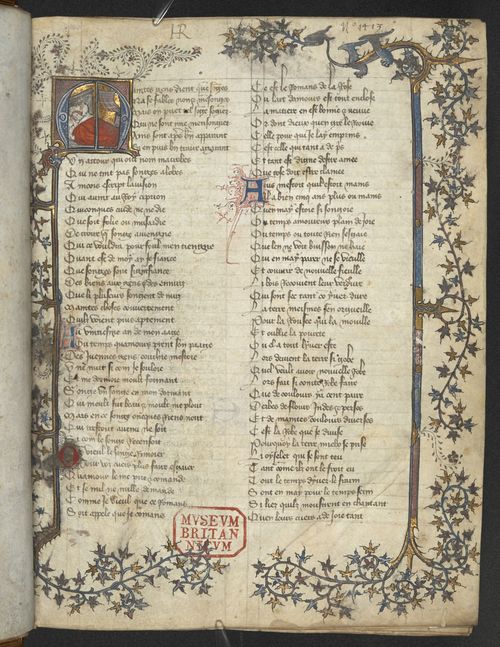 Our collections are representative of the types of Rose manuscripts produced, mainly in France: some have extensive cycles of miniatures and others, for more modest patrons, have little or no decoration. Below, a page from one of the most lavishly illuminated copies, made in Bruges, is compared to a plainer manuscript from France; both were produced in the 15th century. Miniature of the Lover outside the Castle of Jealousy, where Bel Accueil (Fair Welcome) is imprisoned by Jealousy, from Roman de la Rose, Netherlands (Bruges), c. 1500, Harley MS 4425, f. 39r 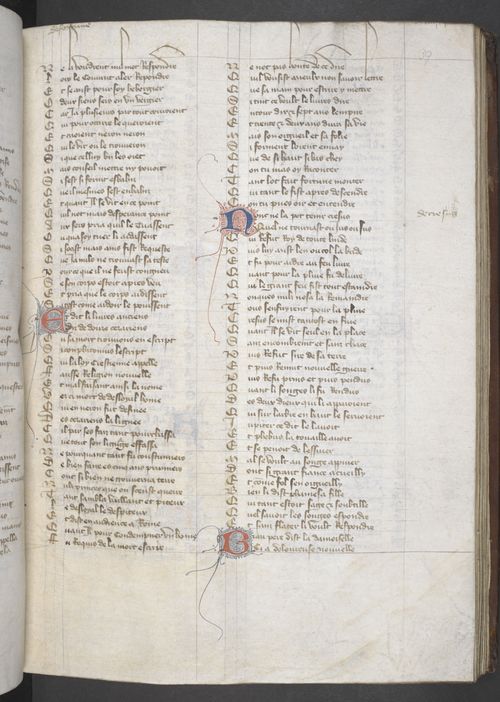 The first part of the Roman de la Rose, by Guillaume de Lorris, consists of about 4030 lines composed between 1225 and 1245 and tells of the Lover’s dream in which he is let into the garden by Oiseuse (Idleness), and there he takes part in a carole or dance, meets representatives of the courtly virtues, including Amour and  Doux Regard (Sweet glance) and sees the fountain where Narcissus fell in love with his own image and perished.  Narcissus and the fountain is a popular subject with artists, featuring in most series of Rose illuminations 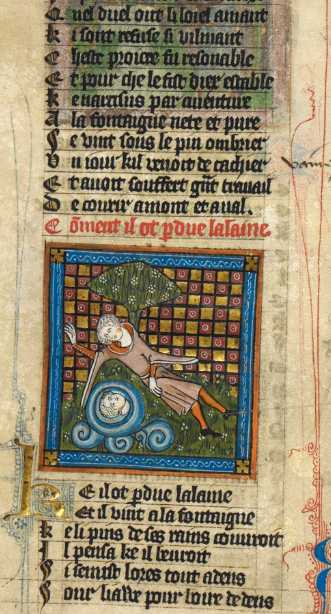 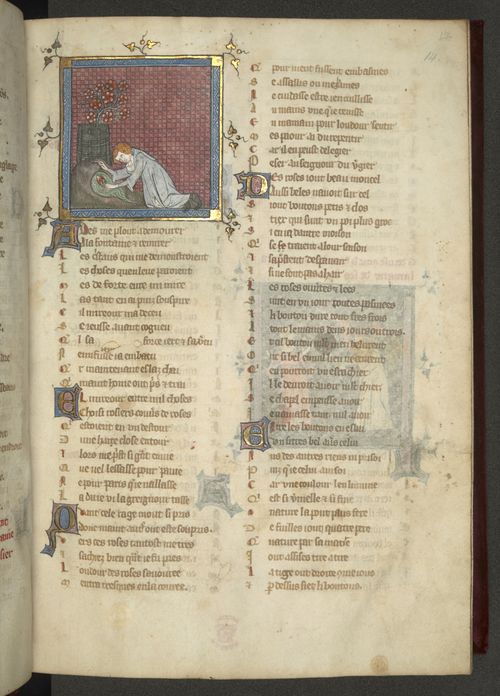 The above are two of our earliest Rose manuscripts, dated to the first half of the 14th century, while the one below is from the second half of that century. Finally in a late 15th-century representation the Lover sees the rose bush reflected in the fountain: 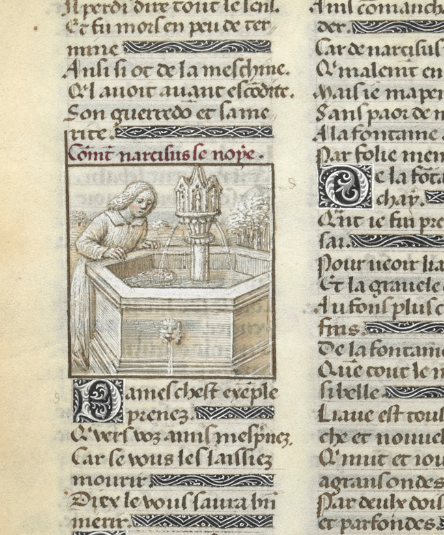 The Lover is wounded by the arrows of Amour, falling hopelessly in love with the Rose and embarks on a quest to win her love, but she is guarded by Danger, Fear and Jealousy, who erects a castle around the Rose bush (see the image above from Harley MS 4425), and imprisons Bel Acueil, his sweet accomplice. Here the section by Guillaume de Lorris ends abruptly. Jean de Meun’s continuation, consisting of some 17,700 lines, takes up the Lover’s quest, but adds long digressions on morality and a variety of topics of contemporary interest such as free will, the influence of heavenly bodies and the increasing power of the friars in medieval society. Examples from history and legend are invoked to instruct the Lover and to illustrate the topics covered. The story of Pygmalion and the statue is included, recalling de Lorris’ reference to the legend of Narcissus.

Paulin Paris, the 19th-century manuscript scholar and French academician, dated de Meun’s composition to before 1285, as in it he refers to Charles of Anjou, who died in that year, as King of Sicily. 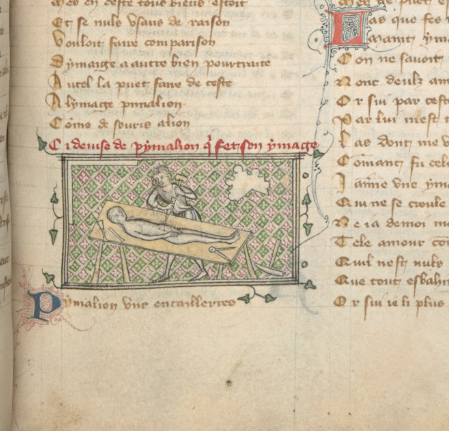 The romance ends with the Lover achieving his goal of attaining the Rose, as depicted in this 15th-century manuscript. 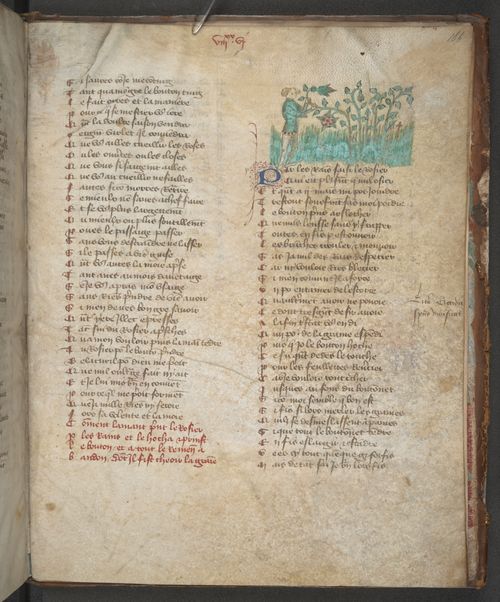 The contents are summed up in the final couplet:

Here ends the Romance of the Rose, where everything about the art of love is included.