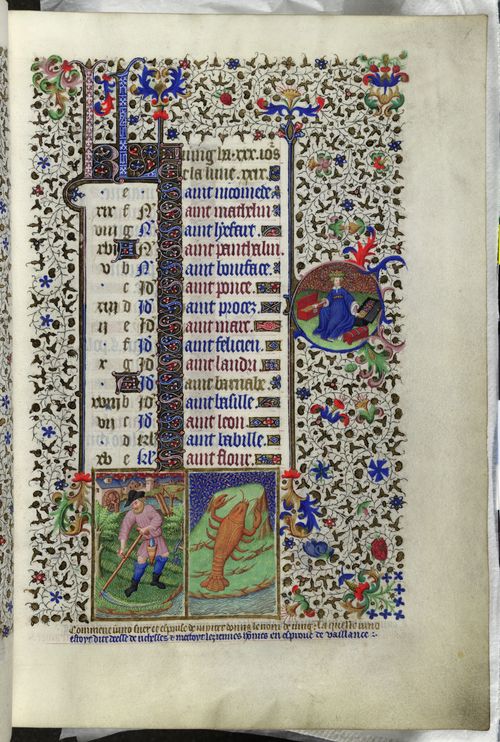 More beautiful summer scenes greet us in the folios for June from the Bedford Hours. 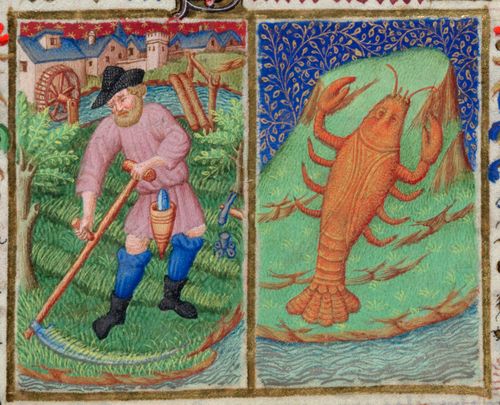 Detail of miniatures of a man mowing and the zodiac sign Cancer, from the calendar page for June, Add MS 18850, f. 6r

On the lower section of the folio are the traditional miniatures of the labour of the month and the zodiac sign.  On the left a peasant is at work mowing grass, with a waterwheel visible in the background.  To the right is a lobster-like crab, for the zodiac sign Cancer. 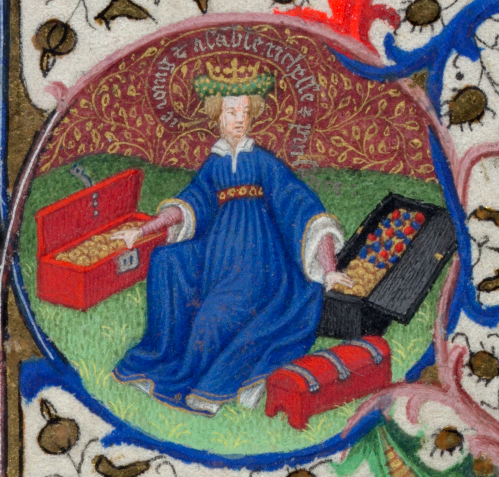 Detail of a marginal roundel of Juno, from the calendar page for June, Add MS 18850, f. 6r

At the right of the folio is a miniature roundel of a crowned woman seated among chests full of gold and jewels.  The rubrics at the bottom of the folio explain this unusual scene: this is Juno (Hera), who was both sister and wife of Jupiter (Zeus).  The month of June is of course named after Juno, who was ‘called the goddess of riches’ and also, interestingly, ‘put all the young men to the test of bravery’. 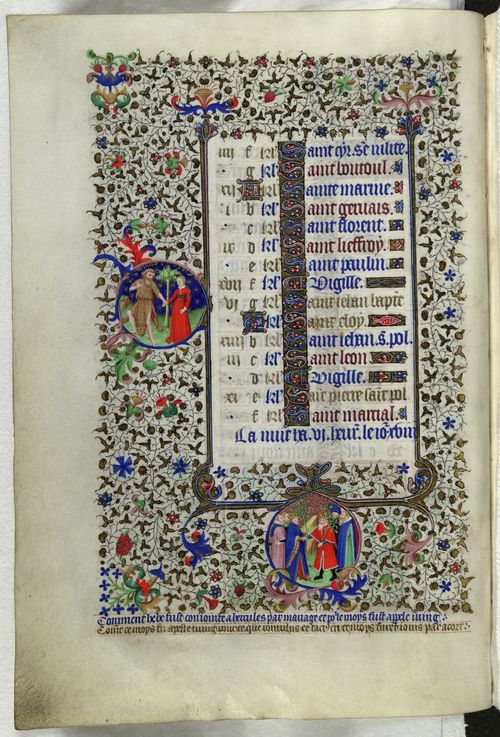 Juno’s importance in the month of June is echoed on the following folio.  Amongst the remainder of the saints’ days are two miniature roundels.  The first shows the marriage of Hercules and Hebe, who was the cupbearer of the gods and the daughter of Juno and Jupiter.  Hebe was said to have the power to give eternal youth, and June is a month in which one could believe in such things.  The following scene shows two crowned kings greeting one another while holding branches of peace; the rubric is somewhat confusing but it most likely refers to the legendary peace between the Sabine king Titus Tatius and the Roman king Romulus, following which the two jointly ruled over Rome. 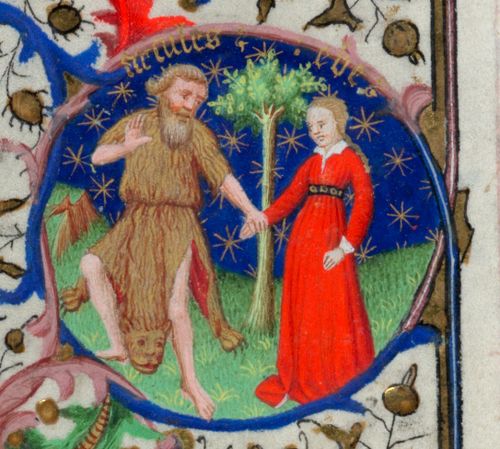 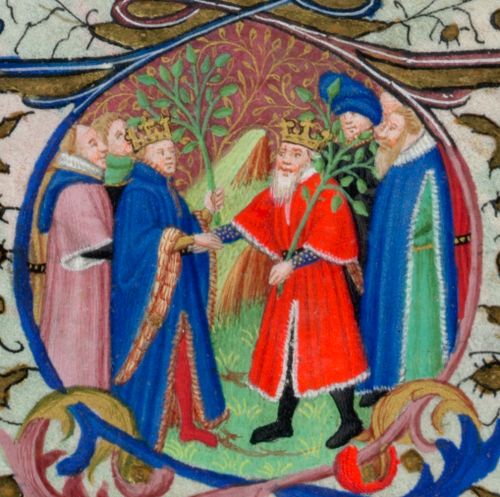 Detail of marginal roundels of the marriage of Hebe and Hercules and the peace between Titus Tatius and Romulus, from the calendar page for June, Add MS 18850, f. 6v