As a variation on our Caption Competition, we have decided to set another challenge for our readers. Here is an image of one of the more unlikely creatures we have come across recently: 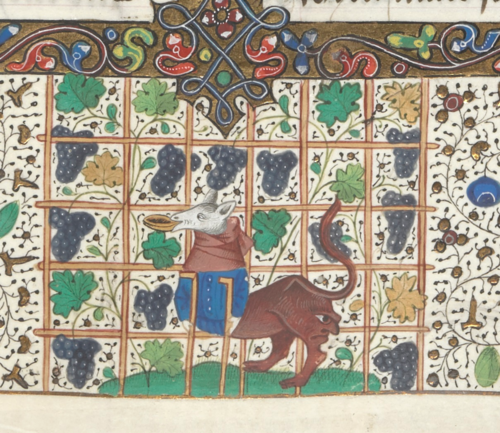 It is from a copy of Les Fais et Dis des Romains¸ a French version of the Latin work, Facta et Dicta Memorabilia by Valerius Maximus, which is a collection of ‘memorable deeds and sayings’, gleaned by the author from classical and other sources and handily arranged in themes such as religion and unseemly conduct, for easy reference. This creature is found in a border of one of the full-page images that mark the beginning of each of the 9 books in one of the copies in our collections, Harley MS 4372 and 4373: the manuscript is very large and has been divided into two volumes. These are currently being digitised in full along with a six-volume set of the same work. Harley MS 4374, vols 1-3 and Harley MS 4375, vols 1-3. There are currently a selection of images from these manuscripts online in CIM. 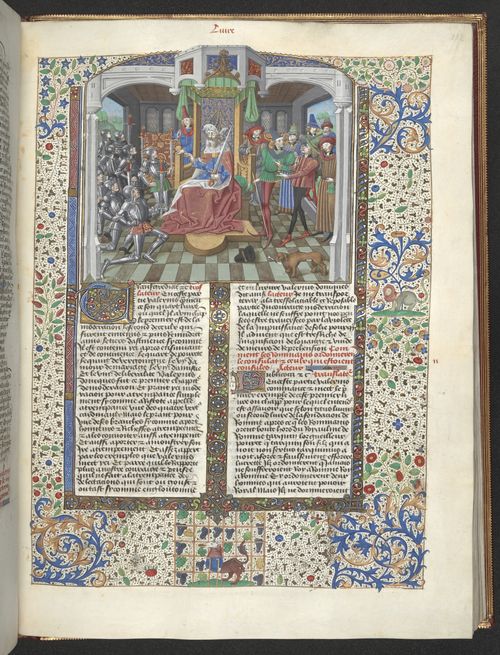 Miniature of soldiers and courtiers paying homage to the emperor, with a dog in the foreground, and full border with hybrid creatures, one being on crutches with a begging bowl by a vine, from Harley MS 4372, f. 182r

We invite you to find a name for the creature from the margin. The name can be as long or as short as you want to make it. The winner will be chosen and results will be published on the blog in a few days.