You shouldn’t have pressed that button. As the time machine sputters to life, your lab disappears, to be replaced with a forest and stone buildings. A group of monks take you in, and you regain a sense of calmness as you listen to them sing the daily office in the chapel. But what was that word that just came up? Zizania? You reach for your phone, only to remember that the Oxford English Dictionary and the Dictionary of Medieval Latin from British Sources won’t be online for centuries to come. You absolutely need to know what that word means. How will you find out? 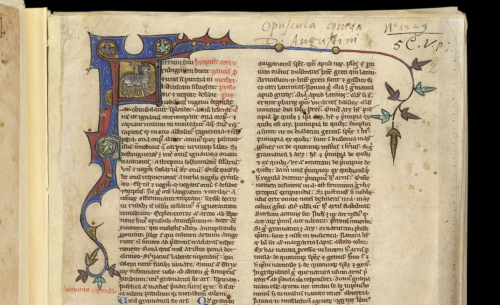 You might turn to Alexander Neckam’s Collections of Prometheus (Corrogationes Promethei), a guide to reading difficult sections of the Bible written around the year 1200. Seven copies of Collections are in the British Library, and two of them can be browsed in full on Digitised Manuscripts: Harley MS 6 and Harley MS 1687. It is divided into two ‘books’. This does not mean that it was physically divided into two physically separate volumes: ancient writers used this term to divide a work into large sections, which in turn could be split into chapters (a tradition that continues to this day, as in The Lord of the Rings). The first section is a compilation of pointers from ancient grammarians such as Priscian, providing a refresher in Latin when you might have forgotten its subtleties. The second part works through the entire Bible in order, giving quotations of unusual passages with a running commentary on their correct interpretation, and notes on typical errors in the hand-copied Bibles of the day. 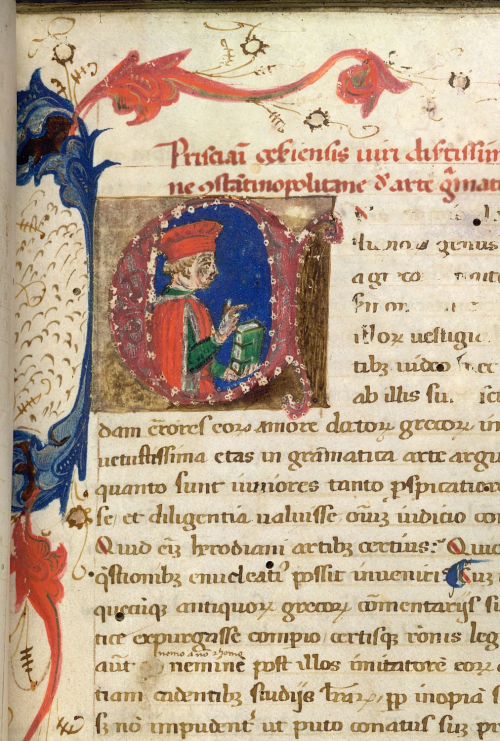 This might today seem a rather odd approach for a reference book. We often take the index for granted, but at this time it was still a nascent invention. Works such as Isidore of Sevile’s Etymologies were organized by subject, and required familiarity; readers did not expect to get answers from their books in a matter of seconds. It was not for almost a century that some copies of Alexander’s Collections were rewritten in alphabetical order.

The book was widely loved. There are 38 known manuscripts that survive, and records of another 46 – not quite a blockbuster in medieval terms, but very respectable. After the author’s death, the prior of Malmesbury, known only by the initial ‘S.’, wrote to Walter de Melida, formerly Alexander’s clerk at Cirencester Abbey. One of two copies of the unpublished letter is now in Royal MS 5 C V, f. 57r–v (the other is Paris, Bibliothèque nationale, Latin 11867, f. 240v). He goes into raptures about the book:

Hence, as though entering the porch of Solomon, while I admire the scholastic scenes once handed down – as if through the pleasant greens of my forgotten youth – I energetically admire the scents of flowers which I had thought to have withered in such a man. But the happy storeroom of the memory is to be praised that embraces so many and so great and so different treasures of storehouses, and succeeds in protecting them without decay. This householder should well be called good and rich, who brings forth from new and old things from his treasury, and he should doubtless be called the seat of wisdom; occurrence and fulfilment direct his soul with experience. This is the faithful spouse who keeps every new and old fruit for his beloved, so that he can say with restrained cheerfulness, as if on behalf of his family: ‘We have ripe apples, tender chestnuts, and plenty of pressed cheeses.’ [Virgil, Eclogues 1.80–81]

In spite of the enthusiasm for Alexander’s work, there was immediate confusion about the meaning of the title Corrogationes Promethei. What did Prometheus have to do with grammar? A letter survives with a 13th-century copy of the work glossing the title as ‘collections of a wise or prudent man’ (Évreux, Bibliothèque municipale, MS Latin 72, f. 1v). The most convincing theory is that the title refers to Rhetorica ad Herennium 4.9, the classic textbook on the art of rhetoric. In a quotation that Priscian popularized, it compares Prometheus to a ‘ridiculous master’. As was typical for Alexander Neckam, the title was meant to be self-deprecating and slightly humorous.

That's great but what does Zizania mean??

Good question: I added a link to the definition of the word in the Dictionary of Medieval Latin from British Sources. Our time-traveller eventually realized that the passage being read was what we now call the ‘Parable of the Tares’ (zizania in Latin: the plant is now thought to be darnel).