If you are in London this summer and would like to see the unique manuscript of the most famous poem in Old English, you are in luck! The Beowulf manuscript is back on display at the British Library in the Sir John Ritblat Treasures Gallery. Don’t go looking for Beowulf in one of our literary show-cases, though: Beowulf is currently housed in an ‘Historical Documents’ case, with other manuscripts written in late 10th- or 11th-century England.

You might wonder what Beowulf is doing in a case of historical documents, given that the poem is full of improbable creatures and events, including a swamp monster, a dragon and a swimming competition where the contestants wear chain mail. The pages on display describe how the mother of the monster Grendel, who was slain by the hero Beowulf earlier in the poem, sets out seeking revenge. Nevertheless, historians use this poem for insight both into the early history of Anglo-Saxon England, when the poem may have been first recited, and the late 10th or early 11th century, when the poem was copied down in the only surviving manuscript. Detail of a man with glowing eyes, from The Wonders of the East, Cotton MS Vitellius A XV, f. 104v

Although the poem contains many fantastical elements, it may contain memories of the social structure, warrior culture and even architecture of earlier Anglo-Saxon societies. The pages on display also describe old warriors singing in a hall with a harp. The existence of such halls, and even such stringed instruments, has been corroborated by archaeological evidence. The way the poet praised Beowulf also shows which qualities the poet and the poet's audience may have valued above others. 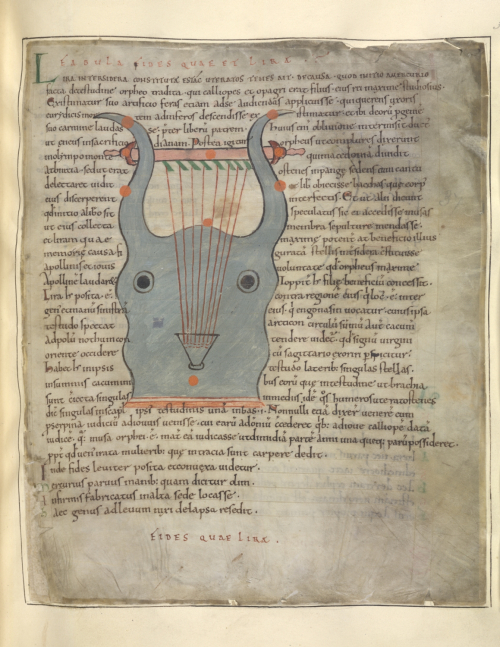 The context when the poem was copied down also interests historians. Although the precise date of the manuscript—like almost everything else about Beowulf—is highly debated, some scholars have suggested that Beowulf was copied in the late 10th or early 11th century, before or just after the conquest of England by the Dane Cnut. In this context, it is interesting that an Anglo-Saxon was writing down a poem celebrating Beowulf, who is described in the poem as a Geat or a Scandinavian. The pages of the poem which are on display in the Treasures Gallery may also contain evidence of erasure and rewriting, suggesting the poem's contents were still being tweaked at the end of the Anglo-Saxon period. So if you are in London, do stop by the British Library to see the Beowulf manuscript and learn more about the context in which it was copied. It is on display alongside other manuscripts relating to Cnut’s conquest of 1016, including the D-text of the Anglo-Saxon Chronicle, a copy of Cnut’s 1020 lawcodes, a charter issued in Cnut’s name and what is possibly the only surviving manuscript portrait of Cnut. If you can’t make it to London, you can still see Beowulf and the other books on display on Digitised Manuscripts.