It's caption time again! And today (you lucky people) we're giving you not one but two — yes, TWO — chances to exercise your brains/show off to your friends. Over to you!

For inspiration (if you need any), the original images are found in an English Apocalypse manuscript, dating from the 1st quarter of the 14th century (British Library Royal MS 2 D XIII, ff. 18v, 43v).

We look forward to receiving your contributions – the best suggestions will be published on our Twitter account (@BLMedieval) in the next few days. 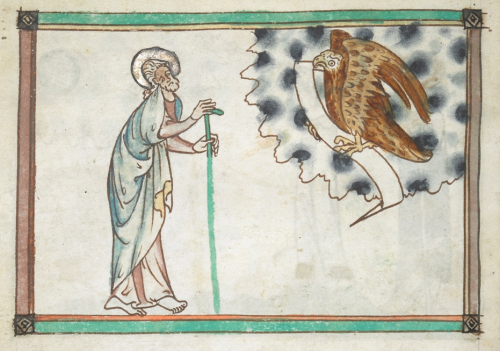 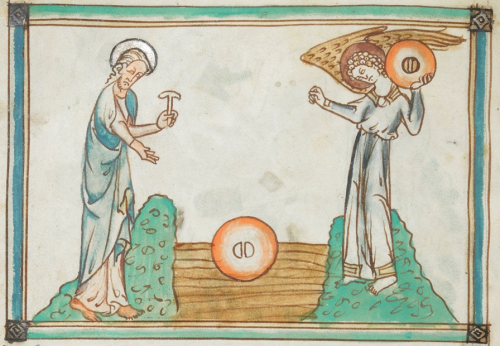 We received some fantastic suggestions for our latest caption competition. Thank you so much to everyone who contributed: here is a small selection of our favourites.

@keithedkins OK Jeremy, you've had long enough, here are my 50 nominations to stand against you

@obrienatrix Early experimental stages: how the hole got in the #medievaldonut

@tudorcook Oh and that's a poor effort from the Heavenly Host team in this first round of the shot putt!