What do the masons who built medieval cathedrals, the philosopher Voltaire and the artist Marc Chagall have in common? Give yourself a pat on the back if you knew that they are all associated with freemasonry. The history of freemasonry is the subject of a major exhibition at the Bibliothèque nationale de France, open until 24 July 2016, to which the British Library has loaned two medieval manuscripts. 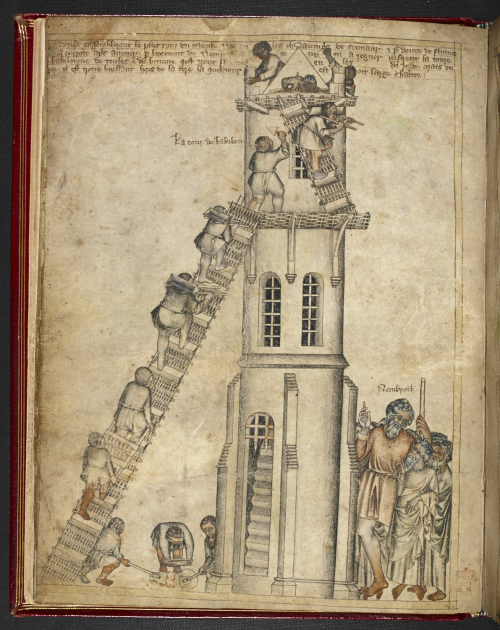 Freemasonry had its origins in the building of medieval cathedrals. In the late Middle Ages, masons gathered in guilds or lodges regulated by statutes. Each new mason had to undergo an apprenticeship of seven years and to swear an oath before they could receive the status of mason. At around the same time, a legend was created to enhance the status and importance of masons’ work. The oldest versions of this legend are dated to the end of the 14th century and the early 15th century, and they survive in two British Library manuscripts (Royal MS 17 A I and Additional MS 23198). They contain a verse history of masonry and of the regulations of the craft of masonry, ending with a prayer. These poems give a mythical account of the origins of mason’s craft: they claim that the secrets of practical geometry and masonry were created with the world and were the foundation of all knowledge, and that masonry was established in England during the reign of King Athelstan (d. 939). 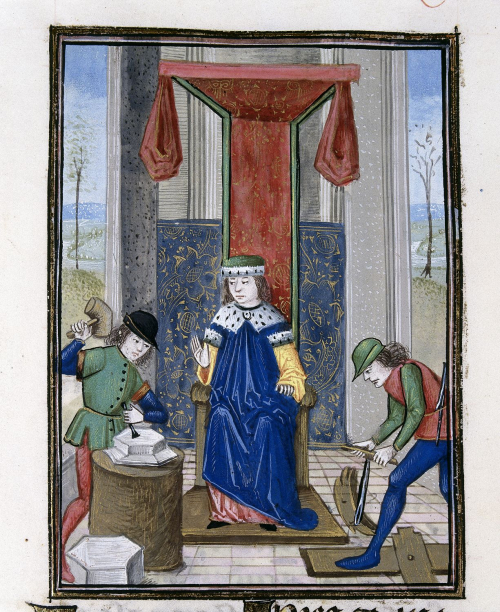 In the 17th century, individuals who did not have links with masonry were admitted to lodges, first in Scotland and afterwards in England. The term ‘lodge’ designated the hut of masons and was extended to the corporation of masons. Freemasonry as we know it today originated in England in the 18th century, when some gentlemen masons – often members of the Royal Society or other learned men -- gathered at the ‘Goose and Gridiron’ tavern in St Paul’s churchyard, before uniting four London lodges into one in 1717. Freemason lodges played a key role in the dissemination of Enlightenment ideas because of the close links between members of the Royal Society and members of the Great Lodge of England. 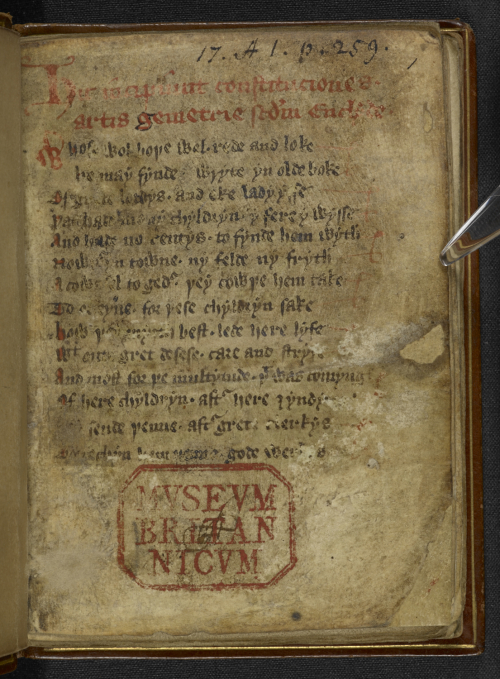 A page from one of the earliest masonic treatises, Constituciones artis gemetrie secundum Euclyde, England, 15th century, Royal MS 17 A I, f. 1r

In 1725, English freemasons founded the first French lodge in the neighbourhood of St-Germain in Paris. The political philosopher Montesquieu (1689-1755) was one of the first Frenchmen to become an ‘officer’, after having been initiated into freemasonry in an English lodge at Westminster in 1730. Despite some criticism, freemasonry flourished in France, and it counted among its members Pierre Choderlos de Laclos (1741-1803), the author of Les Liaisons dangereuses, and the expressionist artist Marc Chagall (1887-1985).

The exhibition currently being staged in Paris aims to bring a new perspective to the origins and history of freemasonry. We are delighted that the British Library is a prominent lender to La Franc-Maçonnerie, and we hope that visitors to the exhibition enjoy seeing our manuscripts.