A Calendar Page for August 2016 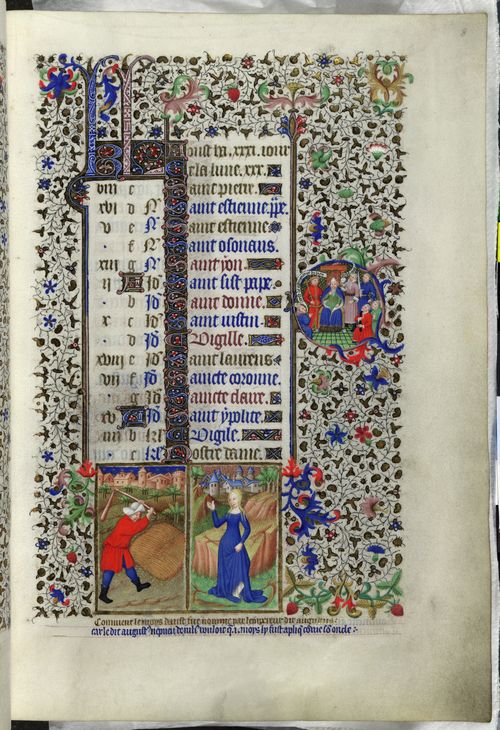 It’s a beautiful August on the pages of the Bedford Hours calendar. Detail of miniatures of a man threshing wheat and the zodiac sign Virgo, from the calendar page for August, Add MS 18850, f. 8r

The month of August was one of heavy labour for medieval peasants, and at the bottom of the first folio for August we can see a man hard at work threshing wheat.  The landscape surrounding him seems hotter and drier than in previous months, and this background is mirrored in the accompanying miniature.  A young lady in blue appears to be saluting the noble peasant, for the zodiac sign Virgo. 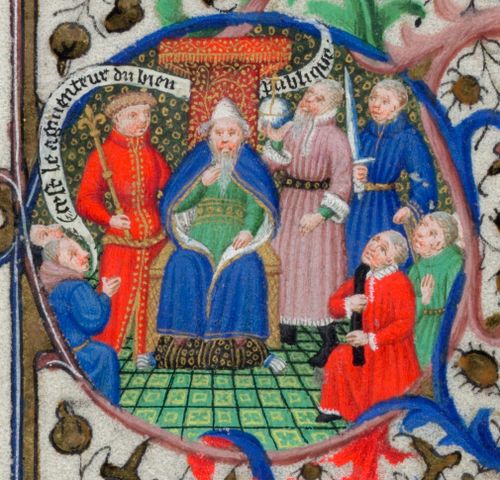 Detail of a marginal roundel of Augustus, from the calendar page for August, Add MS 18850, f. 8r

At the bottom of the folio is a miniature that echoes that of Julius Caesar from the end of July, with a king seated on a throne, surrounded by his counsel (albeit without the treasonous murder).  This is no accident, as this miniature is of Caesar Augustus (Octavian), Julius Caesar’s great-nephew and adopted heir.  August was named after the said Augustus, as the rubrics tell us, for this ‘nephew of Julius wanted a month to be dedicated to him like his uncle’.  And he apparently got his wish! 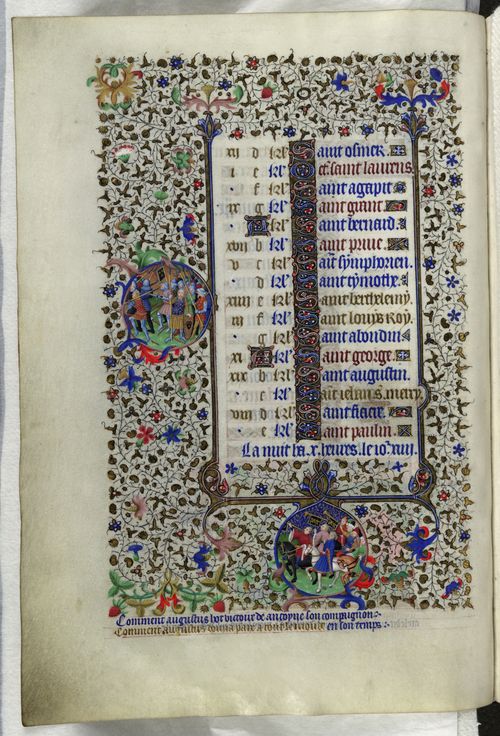 The emphasis on Caesar Augustus continues on the following folio.  Adjoining the remainder of the saints’ days for August are two miniature roundels that illustrate additional episodes from the life of this Roman Emperor.  At the middle left is a scene of battle; in the midst of this a gray-bearded man looks at the viewer in a similar way as the throne miniature – this may be Augustus himself.  The rubrics tell us that this shows how ‘Augustus won victory from Anthony his comrade’, illustrating the defeat of Mark Antony and Cleopatra in 27 BC.  Following this is a miniature of company travelling on horseback, many of whom are playing trumpets adorned with banners reading ‘paix’ (peace) in gold lettering.  This mirrors the rubrics yet again, which describe how Augustus ‘gave peace to the whole world in his time’. 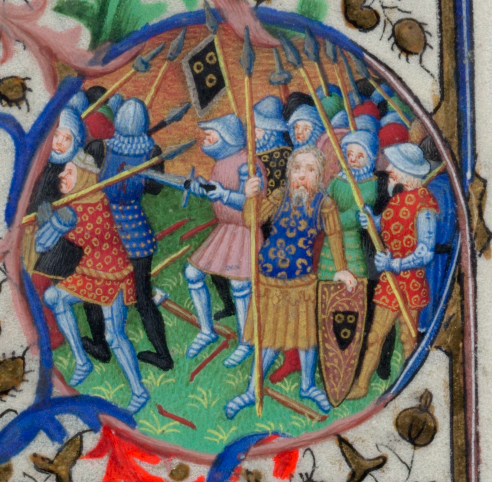 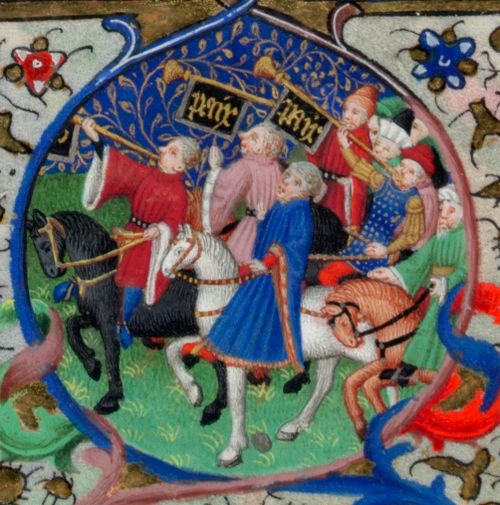 Detail of marginal roundels of Caesar in battle and bringing peace, from the calendar page for August, Add MS 18850, f. 8v

>llustrating the defeat of Mark Antony and Cleopatra in 27 BC. < That was the year in which Imperator Caesar Divi filius was awarded the cognomen Augustus; the decisive (naval) battle was in 31 BC, though fal vicory did not take place until the following year.