Over the past few weeks, a certain new game has been captivating worldwide interest. It’s not a new Olympic sport or an updated version of Angry Birds, it’s the legendary Pokémon Go! Young and old alike have been out on the streets, climbing up trees and exploring unknown places. With their smartphone in hand, players have been tracking down rare creatures and capturing them inside Pokeballs.

It is traditionally thought that Pikachu, Squirtle and their comrades originated in Japan in the 1990s. However, revolutionary research by the Medieval Manuscripts section has unearthed some familiar scenes among the British Library's collections. 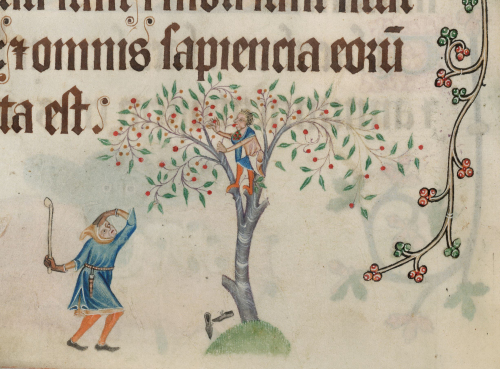 Pokémon are characterised by their hybrid appearance, bright colours and distinctive qualities. Many medieval manuscripts are also filled with similarly fantastical creatures. A manuscript in the collection here at the British Library which contains an astounding variety of creatures within its margins is the Rutland Psalter. Produced in the 13th century, the manuscript is filled with many weird and wonderful depictions of men, women, real and imagined animals, hybrids and dragons. Many of these creatures could today easily be mistaken for Pokémon. 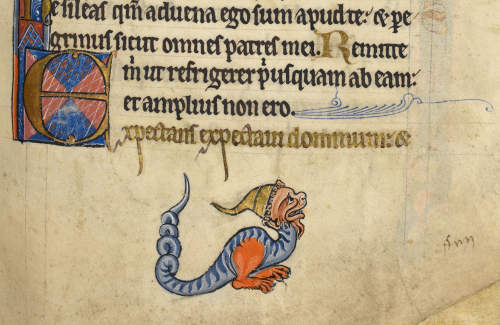 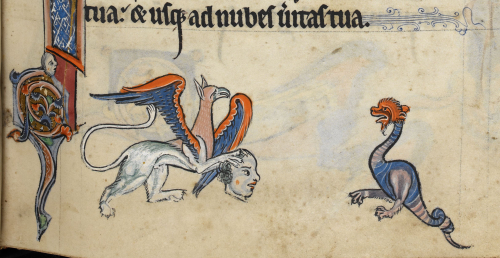 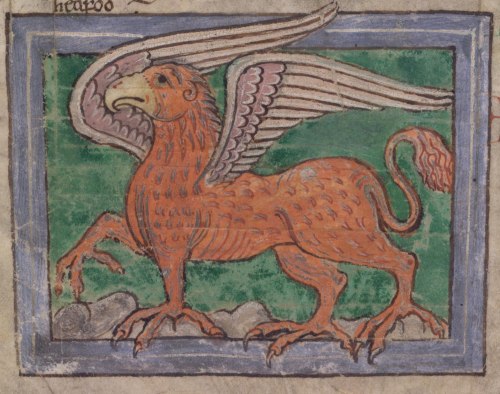 In the game, a player can catch a Pokémon by throwing a Pokeball towards it and hoping that the Pokeball encases the creature, much like this purple clothed figure appears to be doing!

There is much mystery surrounding what happens to Pokémon once they are encased within the Pokeball. Perhaps they are shrunk down to a faction of their size and float peacefully within the ball, much like the creatures depicted in this 13th-century bestiary. 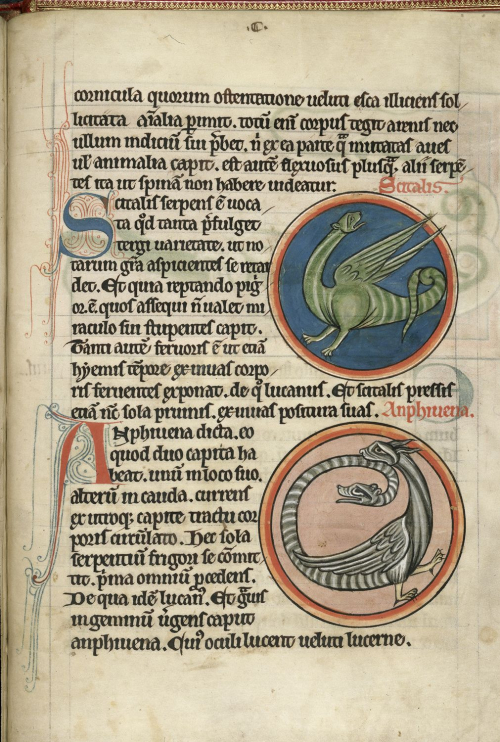 The map which guides players through the simultaneously real and imagined world of Pokémon Go is not too dissimilar to the pilgrimage itinerary maps drawn by Matthew Paris. These maps were primarily designed to guide an imagined pilgrimage to Jerusalem, rather than a functional map to be carried by a traveller. One could argue that this is similar to the use of ‘virtual reality’ maps in games such as Pokémon Go today. 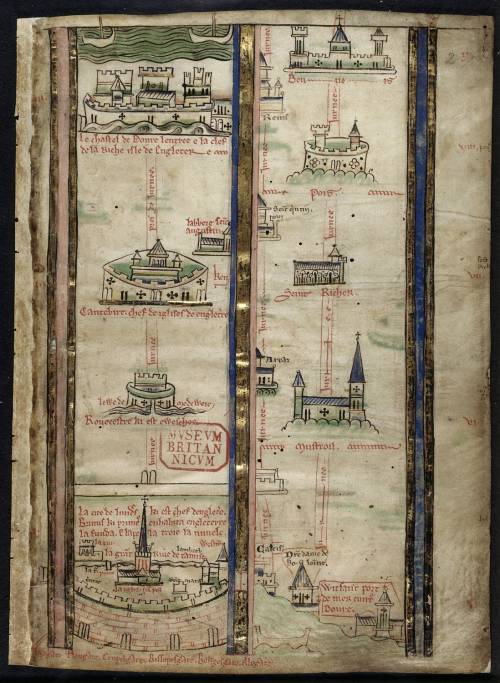 Pokémon Go is not just about catching the Pokémon; it’s also about training them, and battling against other players and their own Pokémon. One of the most frequently illustrated battles in medieval manuscripts is that between a knight and his eternal enemy, the snail. If snails were a kind of Pokémon, they would be among the most elusive and hard to catch of all. Perhaps it’s their hard shell, agile antenna, or slimy trail; who knows?! For a full chronicle of the enduring battle between knights and snails, see our legendary blogpost. 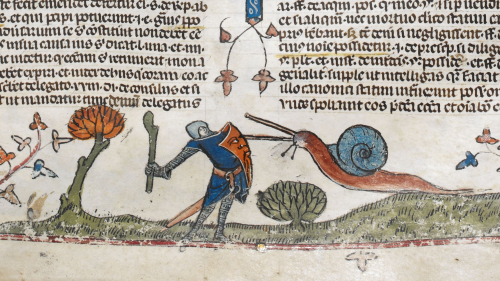 The Medieval Manuscripts team wishes you the best of luck in your endeavours to ‘catch them all’! 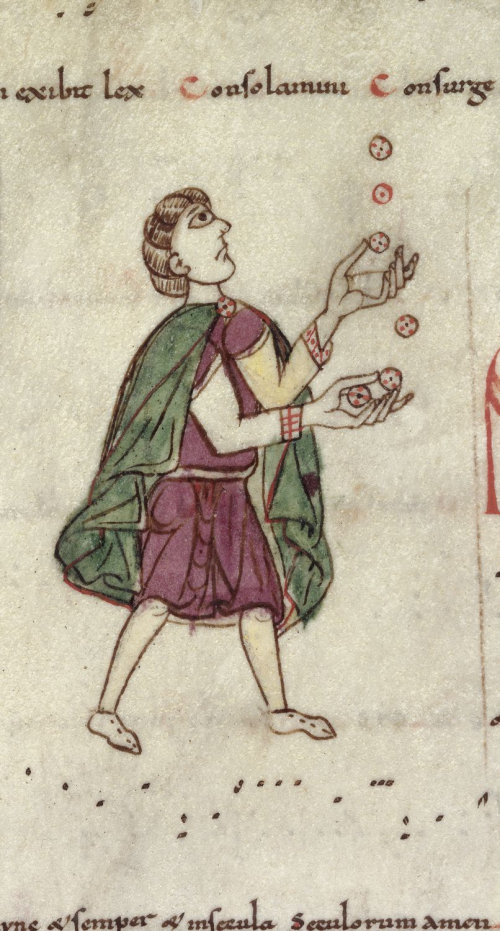