The Wisdom of the Greeks

Tickets are selling fast for a special lecture at the British Library on 19 September. Michael Wood, television presenter, writer and Professor of Public History, will be speaking on The Wisdom of the Greeks in an evening event held at our conference centre. He promises to examine how the legacy of Greece and Byzantium in science, religion and literature was transmitted to the Latin West, and to tell fascinating stories about texts and ideas, scribes and scholars. There may even be references to Anglo-Saxon kings, Crusader knights and Renaissance humanists! 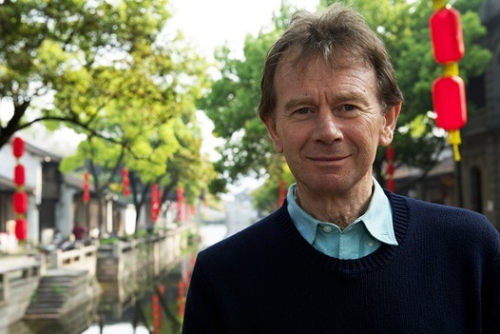 Michael's talk will be the conclusion of our Greek Manuscripts in the British Library conference, to be held that same day. This event marks the completion of the third phase of our Greek Manuscripts Digitisation Project and the launch of the Greek Manuscripts Online web resource. The day itself starts with an academic conference, including invited experts, to discuss a variety of topics related to the British Library’s digitised Greek collections, such as Greek-Syriac palimpsests, Byzantine illuminated manuscripts, Greek written culture and the digital humanities and the cultural interactions between Greece and Britain. The conference runs from 10.00 to 1700, and attendees can purchase a ticket to the evening talk at a reduced rate.