Our friends at the Fitzwilliam Museum have recently opened a spectacular new exhibition, called Colour: The Art and Science of Illuminated Manuscripts. This exhibition showcases some of the Fitzwilliam's greatest manuscript treasures, integrated with scientific and art historical research into medieval painting materials and techniques.

The British Library is delighted to have been able to loan four of our own manuscripts to this show, which is open until 30 December 2016. We highly recommend that you make a special journey to Cambridge to view the exhibition, and to take in all these manuscripts in their breath-taking glory.

This astonishingly beautiful miniature depicts St John the Evangelist, about to sharpen his quill with a knife while a blank codex rests on his lap. This is a particularly fine example of painting with gold leaf; the vermilion red and ultramarine blue of the drapery make a sharp contrast with the gold leaf, and help to distinguish between the gold background and the yellow building in the lower half of the portrait. The miniature itself was not created for the volume in which it was found, and the high quality of the materials and the painting technique strongly suggests a Constantinopolitan origin. 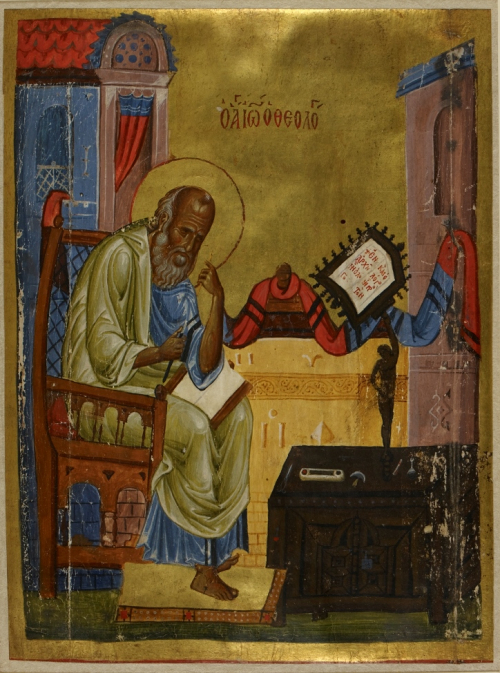 This medieval craft treatise contains instructions for painting, glassmaking and metalworking, as well as pigment recipes and painting instructions for manuscript illumination. The pages shown below describe the manufacture of 'salt green' followed by 'Spanish green', both of which are types of verdigris; next come the production methods for lead white (cerosa) and red lead (minium). Harley 3915 is the most complete and one of the oldest surviving copies of this treatise, the script and ornament of which suggest that it was made somewhere in North-West Germany. We had it digitised a few years ago as part of our Harley Science Project. 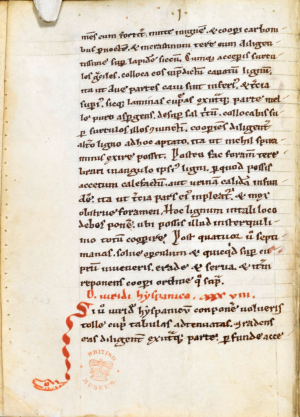 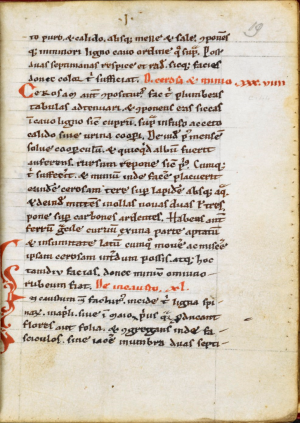 This medical treatise concludes with a series of illustrations of medical procedures. The spots represent cautery points, showing doctors where to apply hot irons to treat patients suffering from ailments such as toothache, fever and kidney disease. On the second page shown here, not for the squeamish, are operations to excise haemorrhoids, a nasal growth and cataracts. This manuscript belonged to the Cistercian monastery of Ourscamp in the 14th century, and it later entered the collection of Sir Hans Sloane (1660–1753). 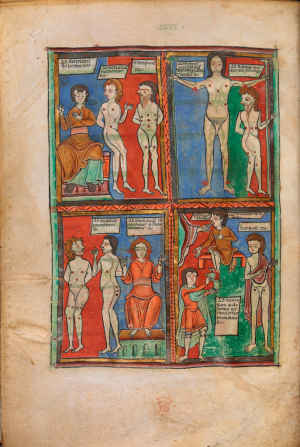 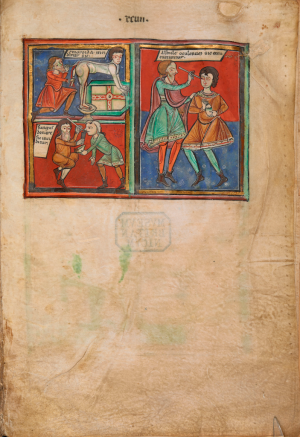 Produced in Bourges in 1476, this manuscript of Boethius's famous treatise, De consolatio philosophiae, is displayed open with this allegorical figure of Fortune, identifiable by the gold letters f emblazoned on her garment. The figures that surround her may represent two different families, one blessed and one cursed by Fortune, or a once prosperous household that has fallen on hard times. 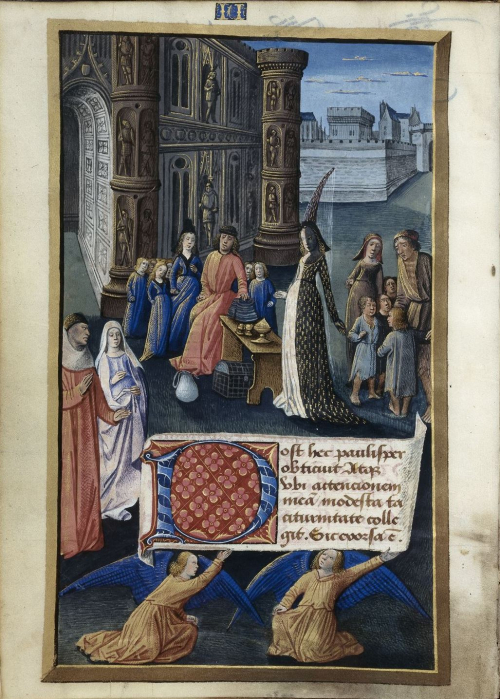 Colour: The Art and Science of Illuminated Manuscripts is on at the Fitzwilliam Museum, Cambridge, until 30 December 2016.