A Calendar Page for September 2016 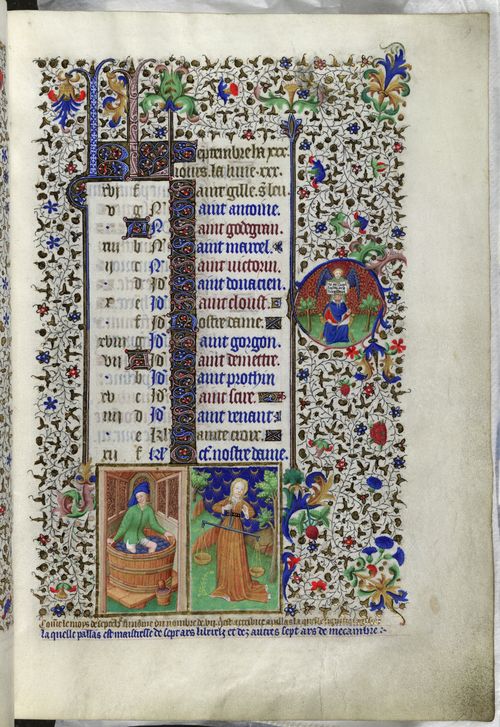 Summer’s end is in the air in the calendar pages for September from the Bedford Hours. 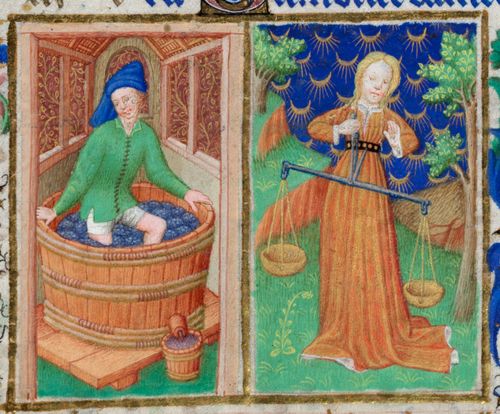 Detail of miniatures of a man treading grapes and the zodiac sign Libra, from the calendar page for September, Add MS 18850, f. 9r

The heavy agricultural work of the summer begins to give way to the preparations for autumn, and this calendar page for September shows one of the most common of these preparations.  On the lower left, a man is carefully treading grapes in a vat for making wine; he has removed his trousers for this messy job, but his jaunty cap remains intact.  To his right is a female figure carrying a set of scales, for the zodiac sign Libra. 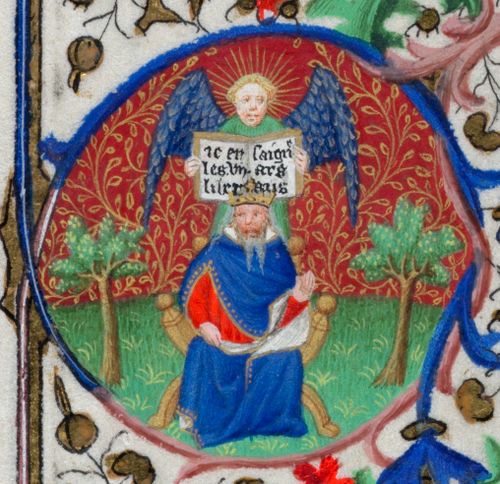 Detail of a marginal roundel of Palas, from the calendar page for September, Add MS 18850, f. 9r

On the middle right of the folio is a miniature of a king with a forked beard, seated in a garden.  Behind him stands an angel with an open book, which is visible behind the king’s crown.  This scene is only somewhat explained by the accompanying rubric, which describes how the month of September is named after the number seven, which is ‘dedicated to Palas which means wisdom’.  The honorific Pallas was given to the goddess Athena, who was indeed the goddess of wisdom. 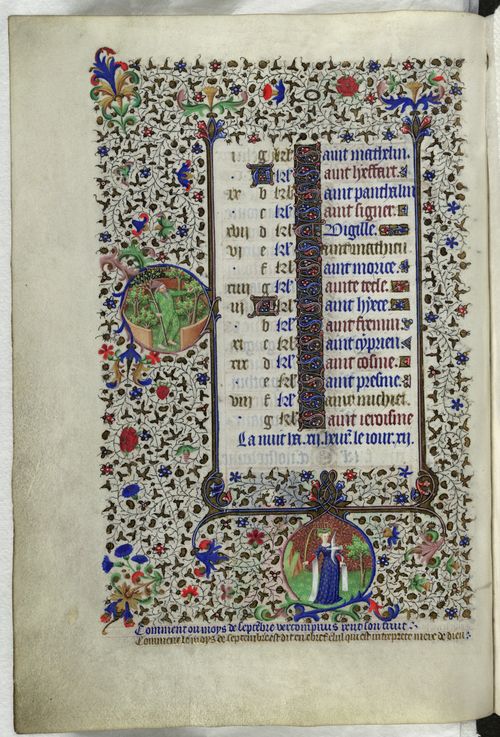 More details about the month of September can be found on the following folio.  The first marginal roundel shows a bearded man, clad in green leaves, standing in a walled garden overflowing with plants.  Above him in gold lettering is the name ‘Verto[m]pn[us]’, who the rubric tells us produces fruit ‘in the month of September’.  This figure is almost certainly that of Vertumnus, the Roman god of seasonal change, fruit trees, growth and gardens.  At the bottom is a figure of a regal woman standing in a garden, with a bird flying directly before her.  She is labelled ‘Elul’ and the rubrics go on to explain that the month of September is ‘called in Hebrew elul which means the mother of God.’ (Elul is the sixth month of the Hebrew ecclesiastical calendar, corresponding to parts of August and September in the Gregorian system.) 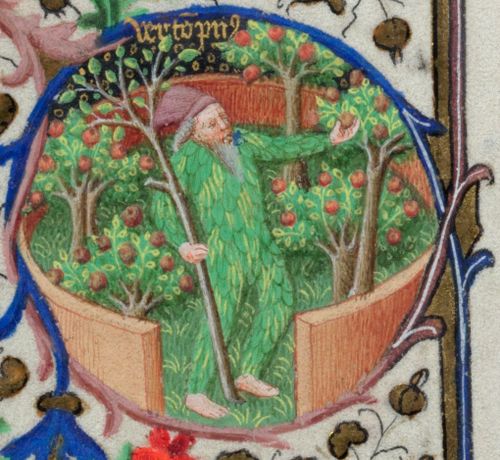 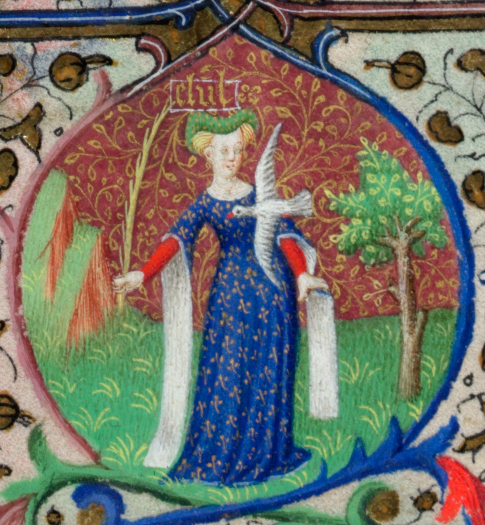 Detail of marginal roundels of Vertumnus and Elul, from the calendar page for September, Add MS 18850, f. 9v