25 September to 1 October is Banned Books Week, when the American Library Association raises awareness of books which have been challenged over the past year to encourage freedom of expression and education. In the ALA's lists of frequently or notably banned books through the ages, the genres of utopia and dystopia feature prominently. From A Brave New World to 1984 to The Handmaid’s Tale to various works of H.G. Wells and even the Wonder Woman comics, works about imaginary societies have often attracted controversy and censorship. 2016 marks the 500th anniversary of the work which gave these genres their names: Thomas More’s Utopia. Ironically, however, for the forerunner of such controversial genres, Thomas More was a keen book-banner himself. 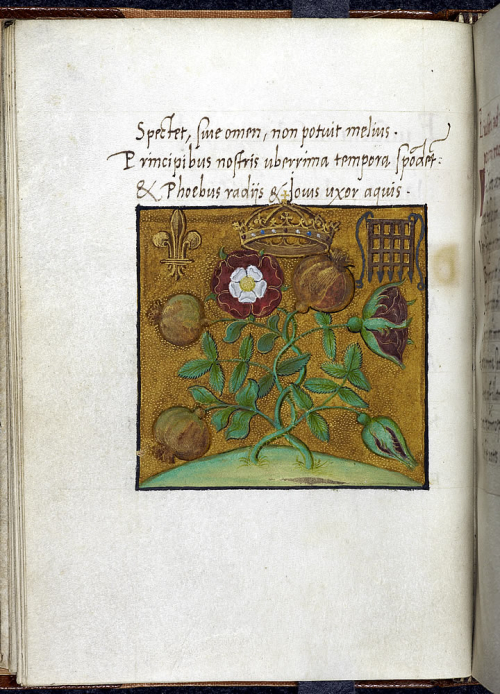 As chancellor to Henry VIII, More arranged for the burning of early Protestant books which he considered to be dangerous,  'pestiferous... sent to this realm to pervert the people from the true faith of Christ, to stir them to sedition against their princes, to cause them to contemn [sic] all good laws... to the desolation of this noble realm' (ed. by J.F. Larkin and P.L. Hughes, Tudor Royal Proclamations (New Haven: Yale, 1964), vol I, p. 194). Only  a few months after becoming chancellor, More drafted a list of forbidden books, promulgated on 22 June 1530. This included a ban on books in English printed outside of England. Earlier, Henry VIII had been among the first rulers in Europe to issue an index of banned books, in 1526. The exception to this ban, oddly enough, was More himself. He was granted a special dispensation by Cuthbert Tunstall, then Bishop of London, on 7 March 1528 to read Protestant works in order to refute them. 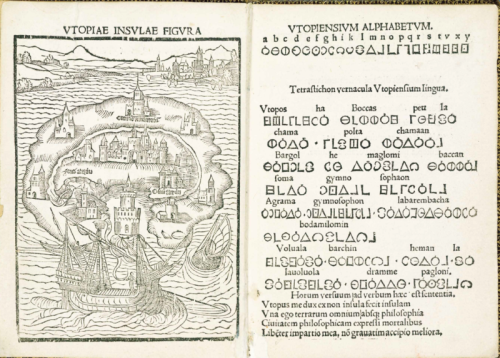 The frontispiece of the original edition of 'Utopia', showing a map of Utopia and the fictional, Utopian alphabet. Published in Louvain : Arte Theodorici Martini, 1516 (C.27.b.30.)

Similarly, More imagined his perfect island of Utopia as a place physically and intellectually cut off from the rest of the world and its destructive ideas. He portrayed Utopia as intellectually remote by giving Utopians their own language, with an imaginary alphabet probably made by his friend Peter Giles and words for some unique concepts which he claimed did not translate directly into Latin. To some extent, the alphabet and map at the beginning of More’s work were also a way for More to continue the conceit that he was writing a travel guide to a place called Utopia, in the vein of earlier works like John Mandeville’s Travels, as Karma Lochrie has noted. Copies of Mandeville’s work sometimes also included the alphabets of the various languages he claimed to have encountered during his voyages. Additionally, however, Utopia's imaginary language may have been a way to extend censorship to More’s ideal world. Although all Utopians were supposed to be highly educated and to view a liberal education as the greatest of all pleasures, with their distinct language More’s Utopians would be unable to understand or read the ideas which More claimed had led to bad education and bad behaviour amongst Europeans. More’s work enjoyed almost immediate success when it was first published: it was soon republished and translated into many different languages. Nevertheless, if More had published his work today he might have found himself on lists of banned books, like later utopias and dystopias. The original Utopia advocated the overthrow of the rich, compulsory nudity for engaged couples, slavery as a punishment for adultery and a ban on lawyers, amongst other things. So, for Banned Books Week, spare a thought for Thomas More—the spiritual ancestor of both people who want to ban books and of some of the authors who find their books banned.

This blog is part of series for Banned Books Week 2016. See also Melvin Burgess’s blog on Censorship and the author, curator Christian Algar on the  ‘corrected’ Il Decamerone and curator Tanya Kirk on The Monk, the Bible and Obscenity.