The scripts found in Greek manuscripts can be seriously daunting for a newcomer. Not only do they have the usual barriers found in manuscripts of all languages — their divergence from printed fonts, their variation over the centuries and across geographical areas, and scribal inconsistencies and peculiarities such as abbreviations — they also tend towards a far greater regularity than we find in, for example, Latin manuscripts over the same historical time period. Only close study and careful guidance from handbooks and experts enable students of Greek manuscripts to identify the subtle variations that distinguish Greek manuscripts of the high Byzantine era.

We can’t hope to provide anything approaching this sort of guidance in a short blogpost, but we hope here to give a very general overview of the history of Greek script and to point towards the many resources available on our Greek Manuscripts Project Website that can help put the changes in Greek bookhands into a wider context.

Ancient and late antique Greek texts written on papyrus tend to be divided into ‘bookhands’ and ‘documentary hands’. The latter vary far more noticeably over time and can be dated with much greater ease — not least because documentary texts are far more likely than ancient literary texts to have dates attached to them. We can see the contrast clearly in two papyri included on the Greek Manuscripts Project website: the Bankes Homer and the Constitution of the Athenians papyrus. 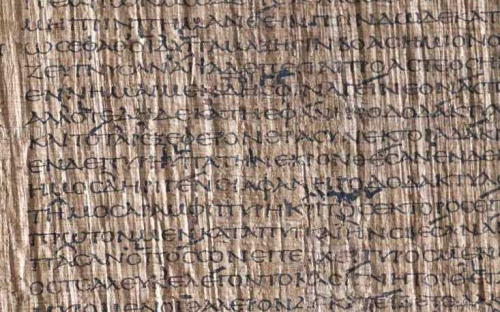 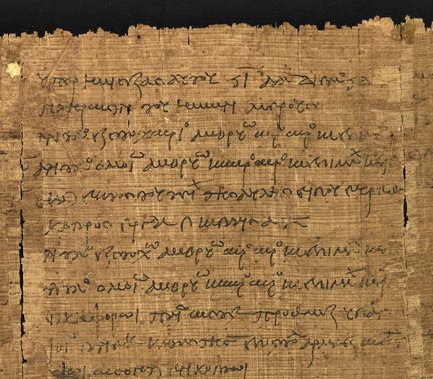 Farm accounts from Hermopolis, on the recto of the papyrus containing the Constitution of the Athenians (Papyrus 131, f. 1ar). Egypt, 78 CE.

However, it is worth remembering that the lines between these two bookhands can be blurred. Scribes who usually wrote documentary texts could occasionally be called upon to copy out literary texts. The text of the Constitution of the Athenians itself appears to be the result of this sort of copying, as it is written in a fairly cursive-style bookhand. For much more about ancient books and their production contexts, several articles are available on the Greek Manuscripts Project website: Ancient Books, Ancient Libraries, and Greek Bibles in Antiquity. 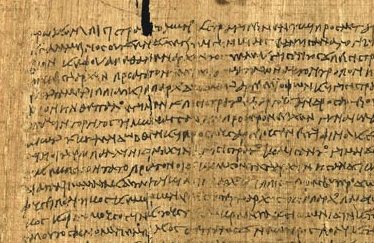 In Late Antiquity and the early Byzantine period, manuscripts tended to be copied in majuscule or uncial script — in other words, letters corresponding to our upper-case Greek letters. This is a continuation of the ancient ‘bookhands’ and can be seen in many biblical manuscripts including Codex Sinaiticus and Codex Alexandrinus. On occasion, late versions of this hand can be seen to have developed particular characteristics, such as the Sinai-style majuscule to be seen in Additional MS 26113, an important volume containing fragments of hymns from the 8th and 9th centuries. While majuscule hands continued to be used for religious books and for decoration well into the 11th century, the minuscule bookhand came to prominence in the 9th century and became the standard hand used in Greek manuscripts. Because it was a cursive script, it could be written more quickly than majuscule, and since the letters tended to be smaller, more text could be accommodated on a single page. Variety in minuscule scripts can be found across the Byzantine Empire: for instance, certain forms, such as those found in the Harley Trilingual Psalter, are characteristic of southern Italy, while other forms indicate a manuscript was copied in Cyprus or the Levant. For more information about Byzantine scribes and books, please see the articles on Byzantine scribes and scholars and Byzantine libraries. 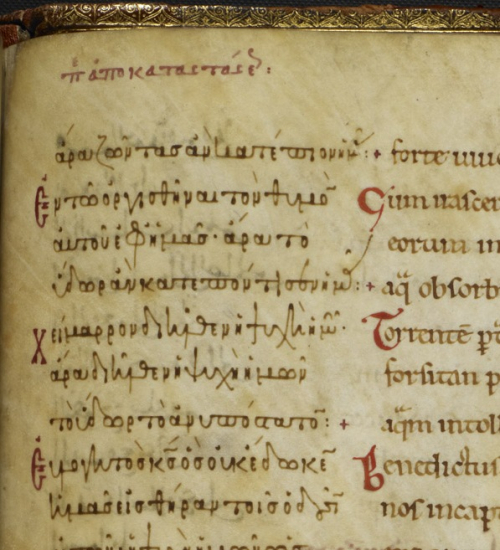 The Renaissance copyists based in Italy and France developed their own characteristic style of writing Greek, which both influenced and was later influenced by early Greek typography. The story of these writers can be found in articles on Greek manuscripts at the dawn of print and Greek manuscripts in the 16th century. 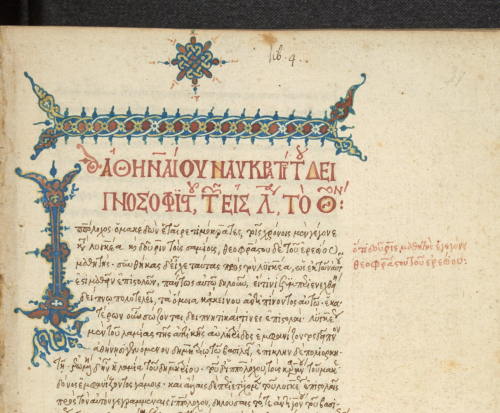 This is only a very brief and incomplete outline of the history of Greek handwriting. You can find many more examples in the hundreds of manuscripts available on Digitised Manuscripts and the many articles and collection items available on the Greek Manuscripts Project Website.