Fire, Fire! The Tragic Burning of the Cotton Library

2016 has been a year of anniversaries, some of them more notable than others. Already this year we have commemorated 350 years since the Great Fire of London (1666), the 950th anniversary of the Battle of Hastings (1066), and 1,000 years since the Battle of Assandun (1016). The 285th year since the infamous Cotton Library fire (1731) falls on 23 October, and although this may not be a date that immediately leaps to mind, it is a cause of great sorrow for many medievalists.

A portrait of Sir Robert Cotton, commissioned in 1626 and attributed to Cornelius Johnson

Sir Robert Cotton (1571–1631) was one of the greatest British collectors of manuscripts of all time. His library was vast and of huge national significance, especially when one recounts some of the books and documents it contained: two of the original manuscripts of Magna Carta, the Lindisfarne Gospels, Beowulf, Sir Gawain and the Green Knight, the Cotton Genesis, the state papers of Henry VIII and Elizabeth I, the Vespasian Psalter ... one could easily go on. Cotton made his library available to other scholars during his own lifetime, and enabled certain books to be borrowed (which is why some items, such as the famous Utrecht Psalter, ultimately entered other collections). Finally, 70 years after Cotton died, his manuscripts were accepted on behalf of the nation, and in 1753 they formed the first foundation collection of the new British Museum. 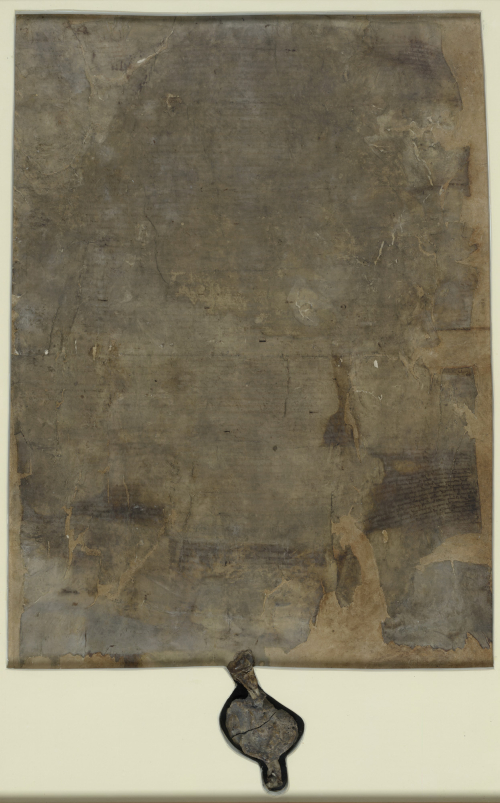 Acquiring the Cotton collection for the nation should be regarded as a moment of great rejoicing. This was the first occasion in the British Isles that any library had passed into national ownership, bringing with it such treasures as Magna Carta and the largest collection of Anglo-Saxon manuscripts assembled by any antiquary. But, sadly, a less joyful event happened in 1731, that threatened to destroy this gift for all time. 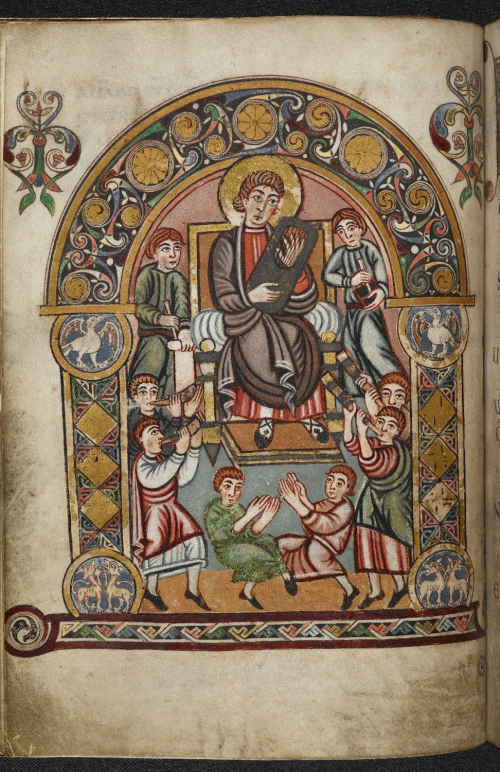 The beautiful Vespasian Psalter, 8th century, one of the many treasures of the Cotton Library: Cotton MS Vespasian A I, f. 30v.

By October 1731, the Cotton manuscripts had been placed for storage at Ashburnham House in London, adjacent to Westminster School. Their former home had been regarded, ironically, as a fire hazard; and so the books had been transferred to the ill-fated (and unfortunately named) Ashburnham House. There, on the night of 23 October 1731, a terrible fire broke out, perhaps starting in a fireplace below the floor where the manuscripts were kept. Despite the efforts of the Deputy Librarian and others, who reportedly were forced to fling scores of books out of the building, a great number of the Cotton manuscripts were badly damaged by the flames and the water used to extinguish them, and a few volumes were destroyed in their entirety. Many unique manuscripts were lost for good, such as Asser's biography of King Alfred of Wessex. The following day, the Westminster schoolboys were said to have gathered fragments of manuscripts floating like butterflies in the wind, some of which have survived until this day (some leaves of the Cotton Genesis, for instance, passed into a collection at Bristol, before being returned to the British Museum in the 1960s). 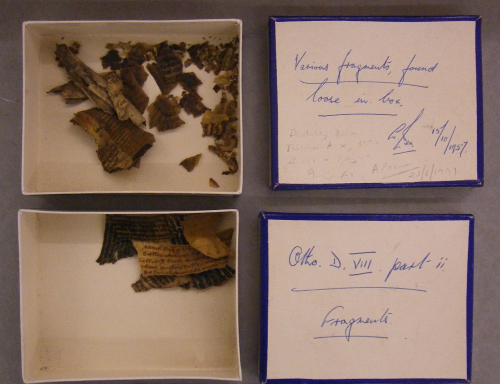 During the 19th century, a restoration programme was carried out at the British Museum, during which many of the burnt volumes were separated, their pages flattened, inlaid in paper mounts and then rebound. There is a masterful study of this process by Andrew Prescott, in Sir Robert Cotton as Collector, edited by Christopher Wright (The British Library, 1997). Meantime, however, many of Cotton's precious manuscripts had suffered irreversible fortunes. One of the two surviving copies of King John's Magna Carta, 1215, and the only one with the Great Seal still affixed, was rendered illegible as a result of the fire and efforts to save the text, and the seal was reduced to a glob of molten wax. The illustrated Cotton Genesis, already mentioned, suffered severe damage to its illuminations. The pages of Beowulf were burned along their edges, with the result that small portions of the letters reputedly started to crumble, before the volume was inlaid and rebound. 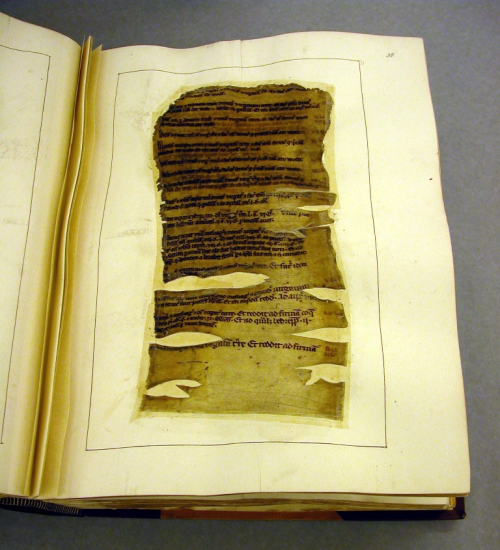 All of this is extremely tragic, and the story is too detailed and complicated to tell in a single blogpost. Fortunately, the vast majority of the Cotton manuscripts survived the fire, many of them intact: the fate of others is described in an earlier account entitled Crisp as a Poppadom. But today, on 23 October, we should spare a moment to remember the beautiful and historic manuscripts damaged in the Cotton fire, the people who fought valiantly to rescue them, and those who restored them in the 19th century.