The British Library's Catalogue of Illuminated Manuscripts is a fantastic resource for anyone wishing to discover the richness and diversity of medieval manuscript illumination. We're delighted to report that this Catalogue has been recently updated, with new manuscripts online and new images added to some of the existing entries. Here are some of the new images now available for download and reuse (guidance on the conditions of use of these images can be found here).

The Bedford Hours (Add MS 18850), one of the most magnificent illuminated manuscripts in the British Library, has already been fully digitised. It has also now been added to the Catalogue of Illuminated Manuscripts, with a selection of its most magnificent illuminations. This image shows Anne of Burgundy, wife of John, duke of Bedford, for whom this deluxe Book of Hours was made, probably for their marriage in 1423, by one of the leading Parisian illuminators of the time. 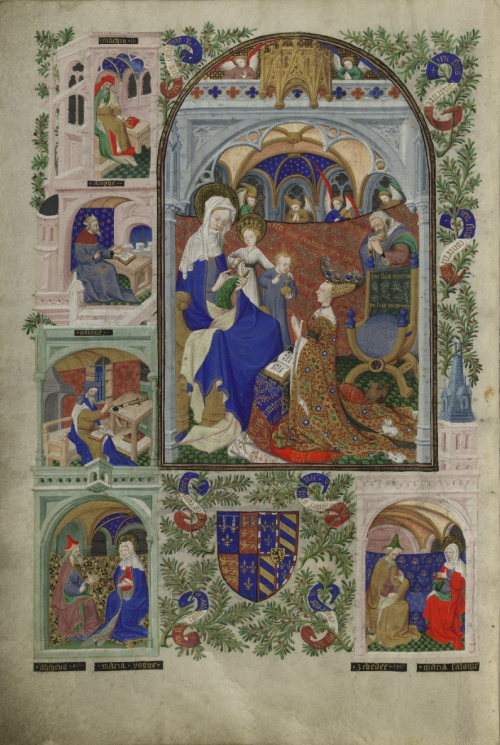 Miniature of Anne of Burgundy, duchess of Bedford, kneeling before Anne, the Virgin, and Christ with a full border incorporating laurel and including miniatures of figures from the Old Testament: British Library Add MS 18850, f. 257v.

In the Catalogue of Illuminated Manuscripts, the images are available for download and the search facility allows users to search for details within the images. For instance, a search for Bathsheba in the Image Description field of the Advanced Search page will yield 11 results, including this gorgeous page from the Bedford Hours. 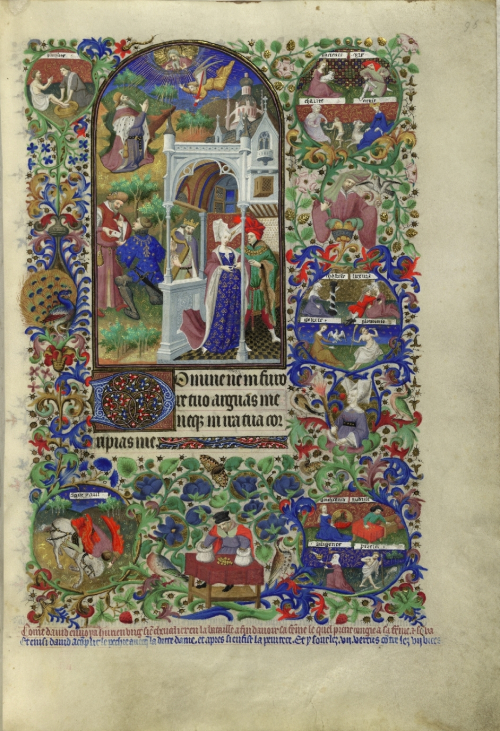 Miniature from the beginning of the Penitential Psalms, of David depicted playing his harp, while watching Bathsheba, giving an order to kill her husband to a kneeling man, and praying to God, with a full border containing roundels of the virtues and vices and of Paul falling from his horse: British Library Add MS 18850, f. 96r.

The other Bathsheba images are found mostly in the Books of Hours in our collections, including this one from the gorgeous Dunois Hours (Yates Thompson MS 3), decorated for Jean, Comte de Dunois, Bastard of Orleans, by an associate of the artist who painted the miniatures in the Bedford Hours. 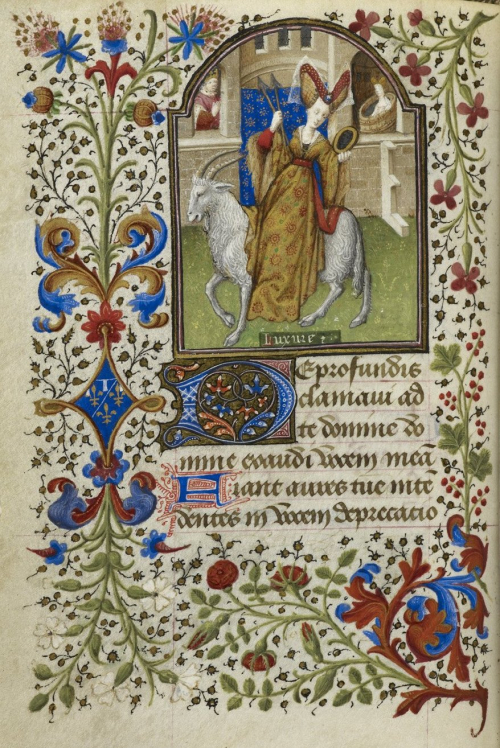 A well-dressed woman riding a white goat, carrying arrows and a mirror, as a personification of Lust (Luxure); behind, David spies upon Bathsheba in her bath, from the Penitential Psalms, the Dunois Hours, Paris, c. 1440–c. 1450 (after 1436): British Library Yates Thompson MS 3, f. 172v.

Here are some of these other Bathsheba images also available to view online: 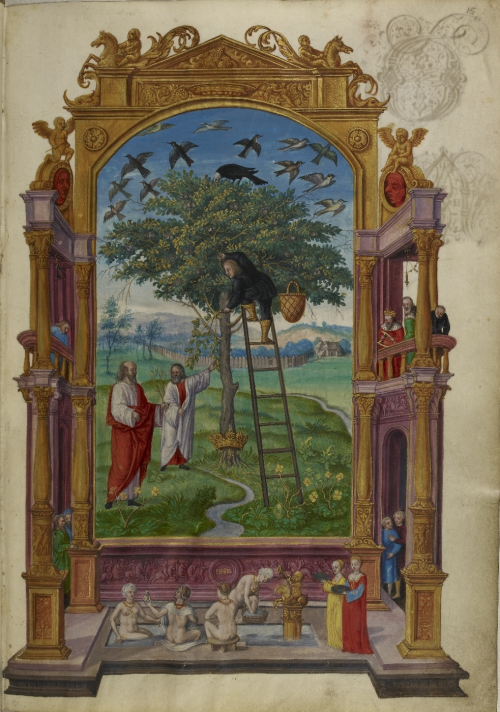 Miniature of a man on a ladder climbing a tree and offering a branch to two robed men; marginal drawing shows David watching Bathsheba and her ladies bathing, from the Splendor Solis, Germany, 1582: British Library Harley MS 3469, f. 15r.

Miniatures of the crowning of Bathsheba, the Coronation of the Virgin, and the coronation of Esther from the Biblia Pauperum, Netherlands, N. (The Hague?), c. 1405: British Library Kings MS 5, f. 28r. 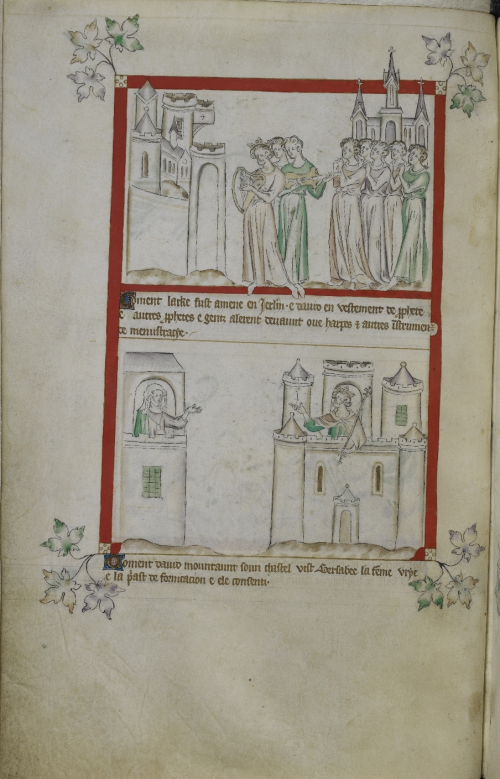 And here are a few more of the images newly available in the Catalogue: 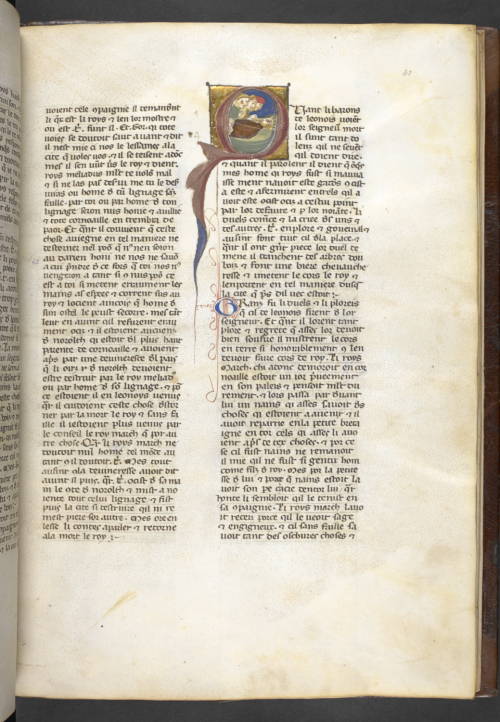 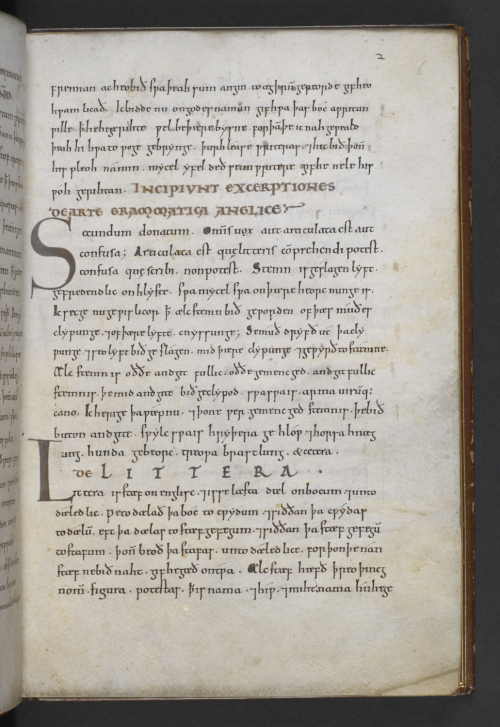 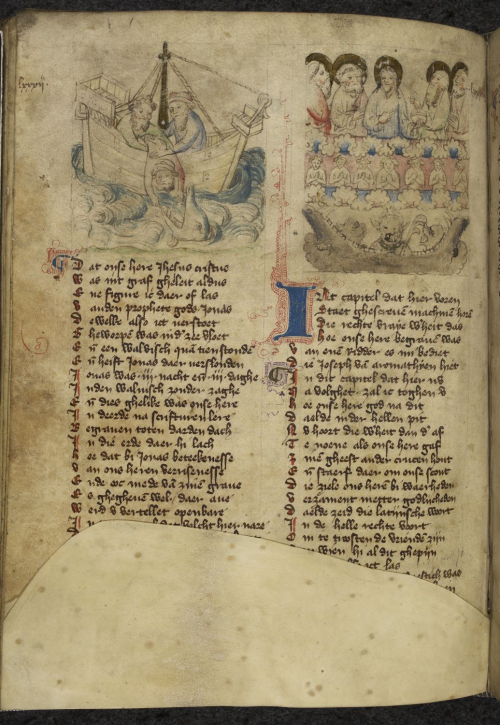 Jonah being thrown into the mouth of a whale by his companions. from the Speculum Humanae Salvationis, Germany or Netherlands, S. (Bruges), 1st quarter of the 15th century: British Library Add MS 11575, f. 65v.

Finally, we have added images to several of the Apocalypse manuscripts already online on the Catalogue of Illuminated Manuscripts. Here, for example, is a page from a manuscript in Latin with a parallel verse version and prose commentary in French and a translation in English jotted in the margin in the late 15th century, 200 years after it was made. 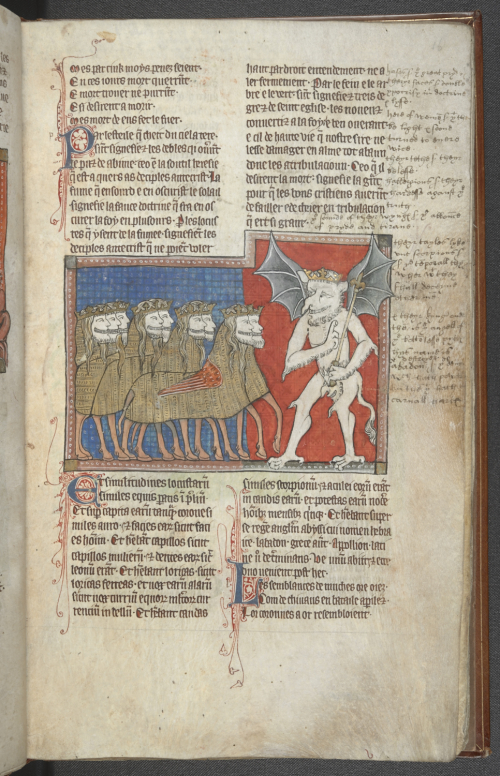 The winged Abaddon faces his army of locusts, from the Apocalypse, England, 2nd half of the 13th century: British Library Add MS 18633, f. 16r.

We hope you continue to enjoy using the Catalogue of Illuminated Manuscripts, for fun, for recreation or for research.