Die Another Day? The Vita Haroldi at Waltham Abbey

14 October 2016 marks the 950th anniversary of the Battle of Hastings and the beginning of the Norman Conquest of England. One of the most iconic but also most debated parts of that battle was the death of the Anglo-Saxon king, Harold. Was he killed by an arrow to the eye as Amatus of Monte Cassino claimed and as may be shown on the Bayeux Tapestry? Was he hacked to bits, as recounted by Guy of Amiens? Or was he shot with arrows and then put to the sword, as described by Henry of Huntingdon?

One medieval tale, currently on display at Epping Forest District Museum in Waltham Abbey until 24 December 2016, has a very different version of events: it claims that Harold did not die at all. The manuscript in question, British Library Harley MS 3776, forms part of the Epping Forest exhibition on Harold II: The Life, Legend and Legacy of the Last Anglo-Saxon King of England. 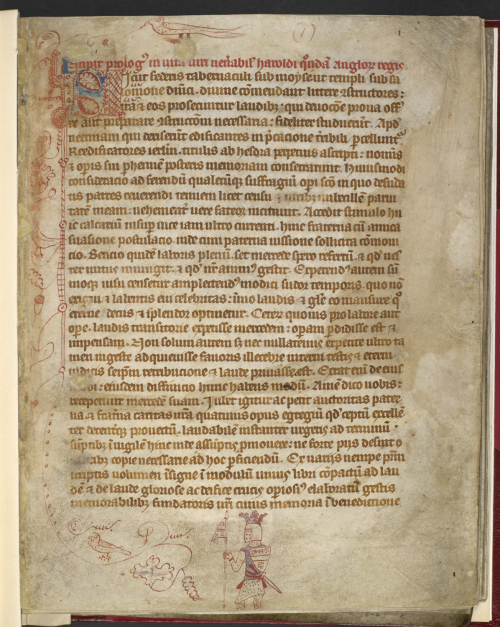 In the early 13th century, an account of Harold’s life was produced for Waltham Abbey, the church which claimed to hold Harold’s remains and where Harold may have been regarded as a saint. This text, which survives only in a 14th-century copy (Harley MS 3776), claims Harold was merely wounded at Hastings. In this version of events, he escaped and recovered with the help of a ‘Saracen lady’ at Winchester and travelled to Saxony and Scandinavia to try to get military support to retake the throne. Eventually Harold returned to England in disguise and lived out his life as a hermit in a cave before dying at St John’s Church in Chester.

There is no reason to give any historical credence to this claim that Harold survived Hastings. Nevertheless, the form and content of this vita are fascinating insights into post-Conquest literature and memory-making. Laura Ashe and Stephen Matthews, among others, have shown that this unusual vita contains aspects of both hagiography and chivalric romance. Harold may have lost the battle of Hastings, but he succeeded in being remembered by some as both swashbuckling and saintly, even centuries after his death. 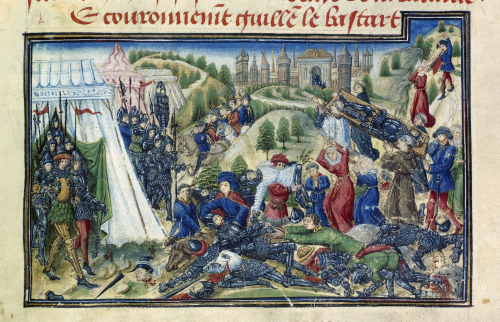 If you are interested in learning more about Harold and how he was remembered, you can visit the newly refurbished Epping Forest District Museum in Waltham Abbey. Harold II: The Life, Legend and Legacy of the Last Anglo-Saxon King of England is on until 24 December 2016. The British Library is delighted to have loaned Harley MS 3776 to this exhibition.