The final episode of Treasures of the British Library is now available to watch on Sky Arts. It features musician Alison Balsom, whose interests range far beyond the splendours of the trumpet. From our medieval collections, you'll have the chance to see Leonardo da Vinci's notebook; gorgeous maps; and historic cookbooks. 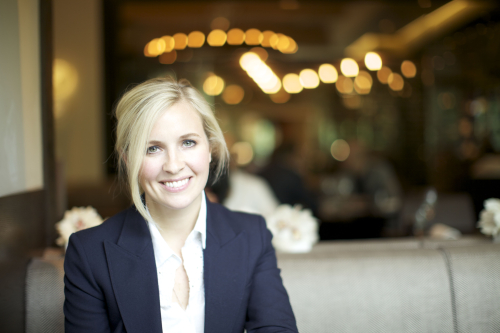 Alison Balsom at the British Library.

The star of the show is a set of notes made by Leonardo da Vinci, which Alison discusses with our own Curator of Medieval and Tudor Manuscripts, Andrea Clarke. The writing is backwards (like on the front of an ambulance), and the pages feature several of Leonardo's sketches for musical instruments. For a few more weeks, you also have the chance to see the notebook in person in our Treasures Gallery, and you can view the whole book, Arundel MS 263, online. 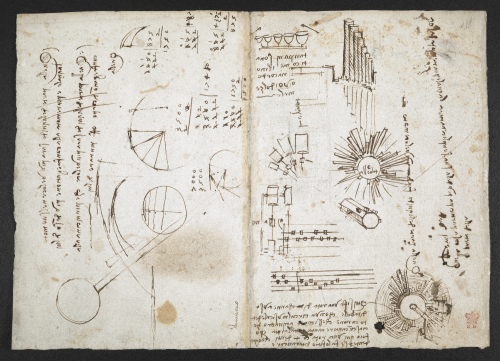 Also from Italy are the maps in Add MS 27376*, an appendix to Marino Sanudo's Liber secretorum fidelium crucis (The Book of the Secrets of the Faithful of the Cross). They are attributed to the 14th-century Genose cartographer Pietro Vesconte, who brought new levels of beauty and accuracy to the art. 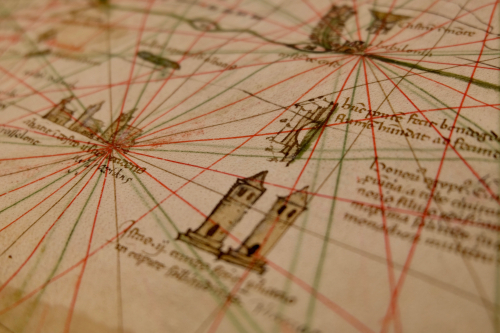 Alison also examined two historic cookbooks written in Middle English. One is Potage Dyvers, surviving in a 15th-century copy, Harley MS 279. Don't watch the programme on an empty stomach — the book features such delicacies as a 'bruet of almayne' (sauce of almonds). Even more fascinating is The Forme of Cury ('curry' being an old word for 'cookery'), Add MS 5016, written by the chefs of King Richard II (1377–1399), featuring everything from 'salat' and 'cryspes' to 'cawdel of samoun', 'oysters in grauey', and 'ryse of flessh'. It is copied not as a typical codex, but in the form of a roll. We're soon adding this cookbook to our Digitised Manuscripts site to celebrate. Pastry castles, anyone? 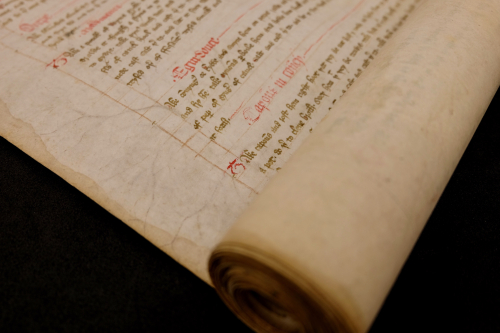