Among the many Greek manuscripts held by the British Library, a small group stand out for their fascinating diagrams, depicting all sorts of marvellous machines and robots powered by steam. Although most of these manuscripts date from the 16th century, the texts they include date back to antiquity and Byzantium. They provide an invaluable insight into aspects of scientific inquiry in antiquity, a side of Graeco-Roman antiquity that is often overlooked in the modern day.

The earliest reference to robots in Greek antiquity comes in Homer’s Iliad, where Hephaestus, god of fire and craftsmen, has handmaids made of gold who assist him in his forge (Iliad 18.417-20). But it is in the Hellenistic and imperial Roman eras that we find a great outpouring of interest in automata – devices that appear to move of their own accord, powered by steam. As Ian Ruffell outlines in his article on ancient mechanics, newly added to the British Library’s Greek Manuscripts Project Website, the ingenious machines described by writers such as Ctesibius, Philo of Byzantium and Hero of Alexandria raise the question of why ancient technology and experimentation never really took off, especially given the clear interest they had for many writers, both in antiquity and beyond. Even the Roman author Vitruvius, in his monumental work on architecture, included discussion of some of Ctesibius’ inventions. (And although not a Greek manuscript, we cannot resist here mentioning that the British Library holds the oldest extant manuscript of Vitruvius, a Carolingian manuscript from early 9th-century Germany.) 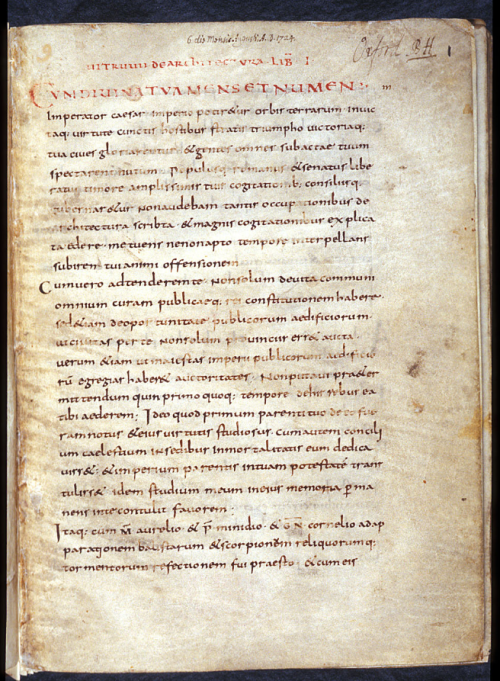 Ancient mechanical texts described procedures that may have existed more in theory than in reality, but many other ancient texts survive describing scientific or medical procedures that were put into practice in antiquity. The writings of ancient figures such as Galen, Hippocrates and the author now known only as the Anonymus Londiniensis, tell us about how doctors in antiquity went about observing and treating their patients. For more information on the transmission of Greek medical and philosophical writings, see Aileen Das’ article on the Greek Manuscripts Project Website. 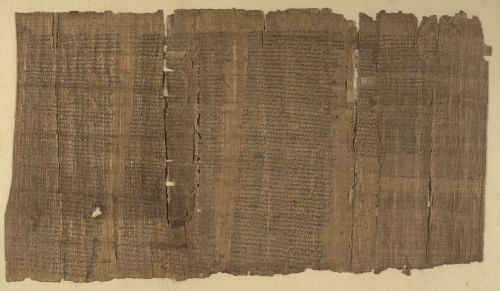 While some ancient scientific and philosophical texts were ‘lost’ to the West during the Middle Ages, reappearing only through secondhand translations into Latin from Arabic intermediaries, or in the Renaissance, these texts were known and copied in the Byzantine Empire for centuries. After the fall of Byzantium in 1453, Greek scholars migrating to Italy took many manuscripts with them. Shortly afterwards, the development of Greek printing enabled widespread copying of these texts, and led to a renewed interest in Greek science and medicine in Western Europe. 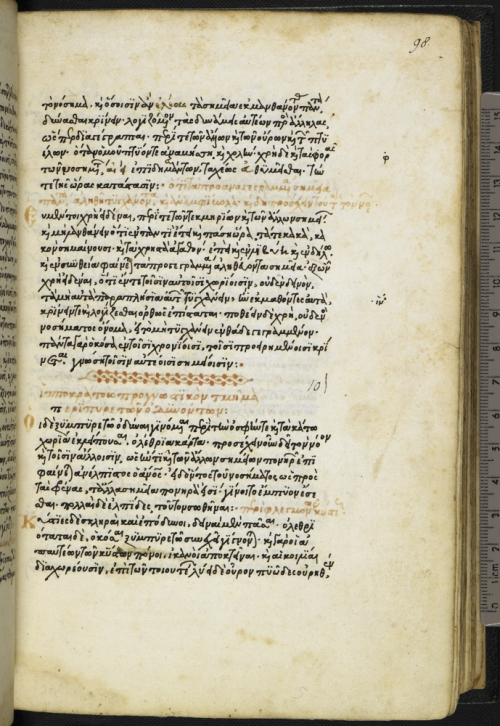 The Prognosticon of Hippocrates. Harley MS 6295, f. 98r. Eastern Mediterranean, 2nd half of the 15th century.