‘Kett’s Demands Being in Rebellion’

On 15 November 2016, Sky Arts aired the latest episode of ‘Treasures of the British Library’, with poet Benjamin Zephaniah. This is one of the books he chose.

At Wymondham, Norfolk, a multi-day play was performed annually during the Middle Ages, commemorating the martyrdom of Thomas Becket, archbishop of Canterbury, in 1170. Although the play was banned by King Henry VIII (1509–47) when he broke with Rome, it was revived on 6–8 July 1549. The suppression of their cultural and spiritual lives exacerbated the audience's unrest, since their livelihoods had been threatened by ‘enclosure’, a process of fencing in common land by landowners to transform it into private property. The loss of commons made small farming unsustainable. 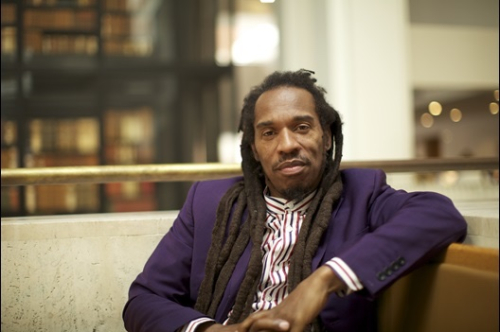 Benjamin Zephaniah at the British Library.

The performance of this play in 1549 turned into a uprising, and the crowds began tearing down the hedges that enclosed the land. Robert Kett, one of the landowners originally targetted, became leader of the cause, helping to tear down his own fences. Kett led a march to Norwich, and set up camp in the open space of Mousehold Heath, just outside the city walls. It grew quickly, with accounts estimating that it numbered as many as 16,000 people. This was one of many similar camps across the country.

Kett drew up a list of twenty-nine demands to present to Edward Seymour, Duke of Somerset, then Lord Protector of England (for the minor King Edward VI). The demands were also signed by Thomas Codd, mayor of Norwich, who had a reputation as a moderate, as well as the past mayor, Thomas Aldrich. A simple plea ‘that from henceforth no man shall enclose any more’ heads the list, but this was not the rebels' only concern, which extended to improving education and reducing corruption. The movement was nonetheless suppressed and Robert Kett was hanged for treason on 7 December 1549; but the Mousehold manifesto endures as a witness to this attempt to propose reasonable solutions to deep-seated problems in society. 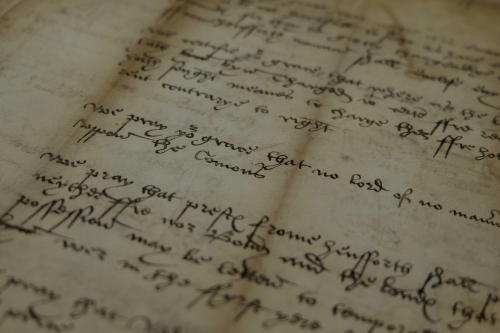 The document in question is preserved in a small bundle of worn paper, folded probably to be delivered by a messenger, now British Library Harley MS 304, ff. 75r–78v. It opens with a list of the names of hundreds and their representatives in Norfolk, Suffolk and the city of Norwich, and the signatures at the end appear to be autographs. 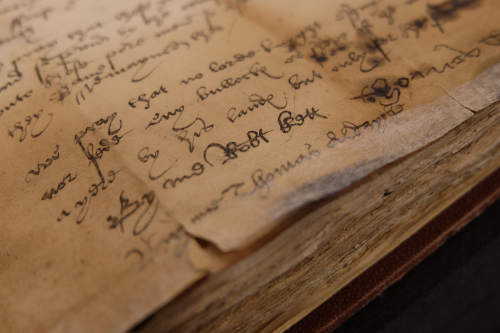 The document is given the title ‘Keates demaundes beinge in Rebellyon’ (on the final page, f. 78v). Corrections by the scribe show revisions still being made as the sheets were written out from another copy.

There are errors in all published versions of Kett’s demands; the edition below has been corrected against the original manuscript, using the original spelling. Sections of the text whose reading is unclear due to damage are written in square brackets, while corrections are in angle brackets; these draw on earlier published versions of the text (see the bibliography below). Each of the demands is set out in paragraphs as below, but the numbering is editorial.