This November it is 800 years since the first revised version of Magna Carta was issued in the name of the boy king, Henry III, in 1216, following the death of his father, King John, in October 1216. This November also marks the opening of a new display of the British Library’s original Magna Carta documents from 1215 in a newly redesigned room within the Sir John Ritblat Treasures Gallery. The newly redesigned Magna Carta room at the British Library.

On display in the new room are the Articles of the Barons, the document recording the draft settlement which formed the basis of the agreement reached between King John and the barons at Runnymede in June 1215. This original document was taken away from Runnymede, probably by Archbishop Stephen Langton (1150–1228), and gives us a direct connection with the momentous events of June 1215.

Also currently on display are one of the Library’s two copies of the 1215 Magna Carta together with the document from Pope Innocent III declaring Magna Carta to be ‘illegal, unjust, harmful to royal rights and shameful to the English people’ and ‘null and void of all validity for ever’ only ten weeks after it had been granted that June. 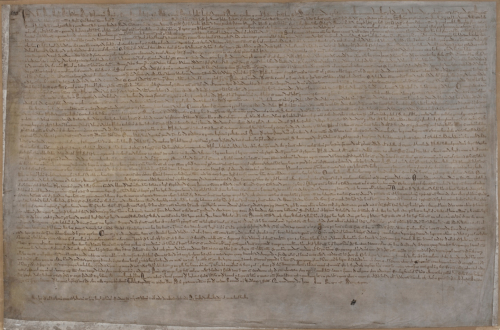 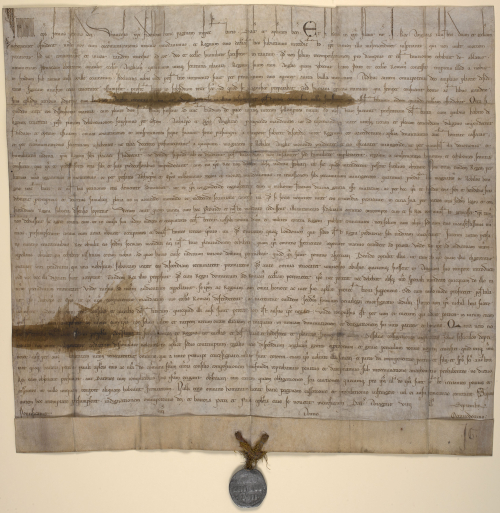 The new display gives visitors to the Sir John Ritblat Treasures Gallery another chance to see the film made for the 2015 exhibition summarising the content of Magna Carta’s 4000 words in two minutes, as well as videos of historians and public figures discussing the history, influence and contemporary relevance of Magna Carta in the anniversary year. 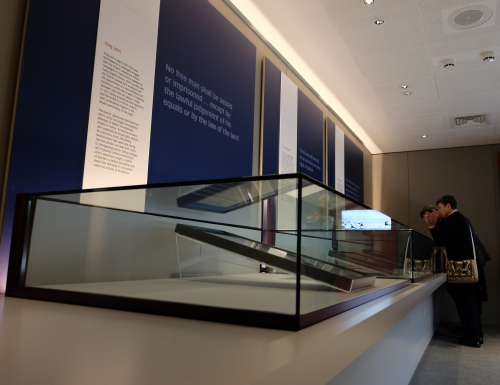 Magna Carta 1215 alongside the Articles of the Barons and the papal bull annulling Magna Carta.

The Sir John Ritblat Treasures Gallery is open seven days a week and entry is free. You can also read more about the history of Magna Carta on the British Library's dedicated webpages.