Silence was a virtue to the Anglo-Saxon monks of Christ Church, Canterbury who followed the Rule of St Benedict. These monks followed the Rule’s insistence on silence during daily activities outside the divine office, when monks celebrated the liturgy with the singing of psalms and the reading of prayers. By not speaking outside these times the community attempted to lead a way of life that reflected the Benedictine core values of chastity, obedience and humility. Yet a non-communicative way of life would have proved highly impractical for the Canterbury monks. How could one ask for someone to pass the butter at mealtimes or find his underpants while getting dressed in the dormitory? A manuscript produced at Canterbury in the 11th century (now Cotton MS Tiberius A III) reveals how the monks overcame this dilemma. 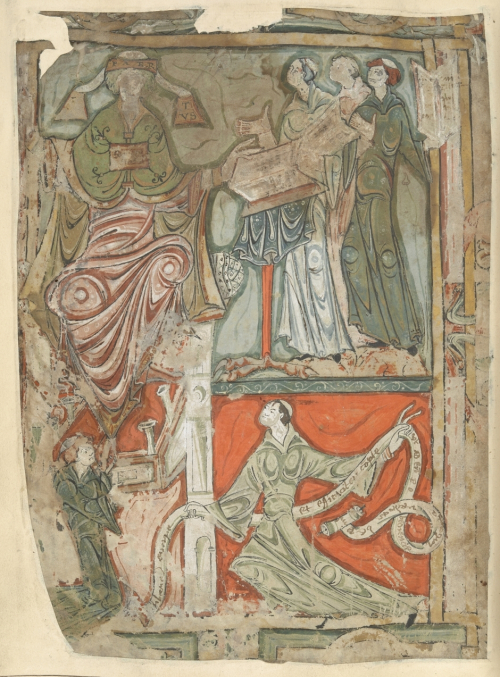 The manuscript includes the only Old English copy of Monasteriales Indicia (ff. 97r–101v), a form of sign language used by Benedictine monks at times when forbidden to speak out loud. The Indicia features descriptions of 127 hand signs representing books and items used in the divine office, food consumed in the refectory, tools used daily, and persons met in the monastery and outside. The list offers an intimate glimpse of monks’ lives with signs for clothes they wore and actions concerning washing and hygiene. For example, sign 98 states the sign for soap in the bath-house: Ðonne þu sapan abban wille þonne gnid þu þinne handa to gædere, ‘when you want soap, then rub your hands together’. Sign numbers are provided for clarity in the cited edition, Monasteriales Indicia edited by Debby Banham (Middlesex: Anglo-Saxon Books, 1993). Further bathhouse signs are given for a nail-knife (nægel sexes), comb (camb) and washing one’s head (heafod þwean).  We also learn what monks wore under their cowl, as sign 102 states: Brecena tacen [ms. tancen] is þæt þu strice mid þinum twam handam up on þin þeah, ‘the sign for underpants is that you stroke with your two hands up your thigh’. 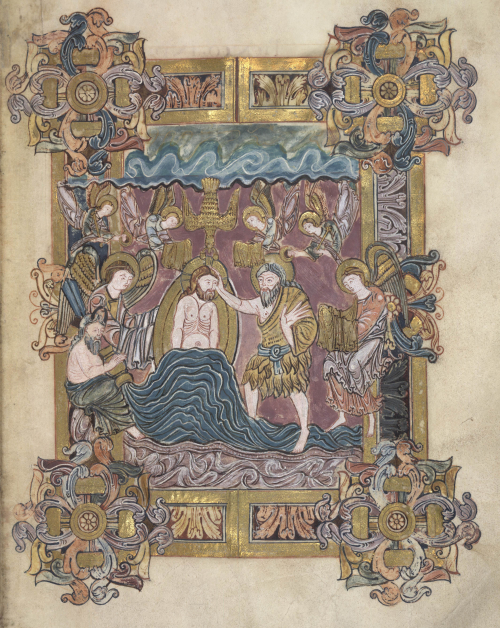 The practice of monastic sign language was probably introduced to England in the late 10th century from the powerful abbey of Cluny in Burgundy as part of the reform movement. The Canterbury Indicia borrows many signs from the Cluniac lists, yet differences show the English abbey tailored the list to better suit the Anglo-Saxon community. This can be seen in the food items that are featured. Cluniac monks enjoyed a rich diet including a range of baked goods, several species of fish, spiced drinks and crêpes. In contrast, the Canterbury food list is much less varied, but features local delights such as oysters, plums, sloe berries and beer. Sign 72 for oysters imitates the action of shucking: Gif þu ostran habban wylle þonne clæm þu þinne wynstran hand ðam gemete þe þu ostran on handa hæbbe and do mid sexe oððe mid fingre swylce þu ostran scenan wylle- (‘If you want an oyster, then close your left hand, as if you had an oyster in your hand, and make with a knife or with your fingers as if you were going to open the oyster’). Signs for butter (buteran), salt (scealt or sealt) and pepper (pipor) are also given, which do not feature on the Cluniac lists. 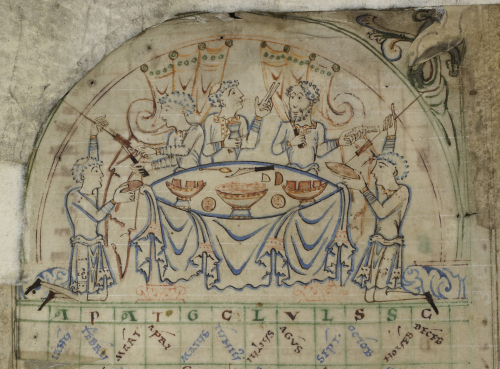 Evidence demonstrates this monastic sign language was actively practised by monks at Canterbury. The Indicia was adapted from the Latin Cluniac sign lists and composed in Old English, as Latin was a foreign language to most Anglo-Saxon monks. Composing the text in the vernacular ensured it would be understood by readers, particularly children entering the monastery. The manuscript also contains a glossed copy of Ælfic’s Colloquy (ff. 60v–64v), a set of dialogues designed for teaching Latin to monastic students. Furthermore, Benedictine monks in England and France observed a second sign language custom known as finger-counting. A late antique tradition, finger-counting was used in arithmetic to sign from 1 to 1 million, to calculate sums and also to determine the date of Easter each year. For the Anglo-Saxon monks at Canterbury and beyond it was very much a case of talk to the hand! 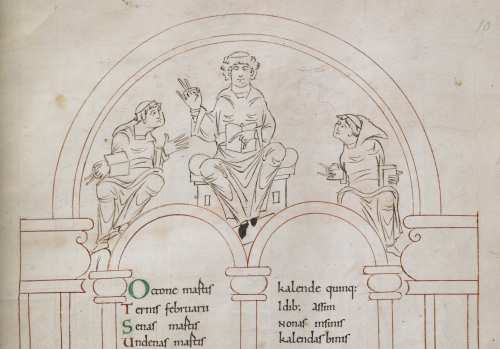 Coming soon on the Early English Bread blog: signs for bread and baked goods from the Old English and Cluny sign lists