A Calendar Page for December 2016 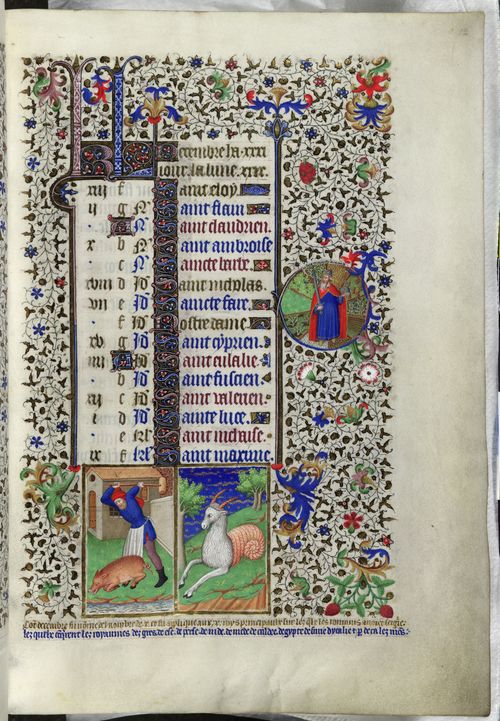 The calendar pages for the month of December in the Bedford Hours are filled with golden-lettered saints’ and feast days, fitting for this month of celebration. 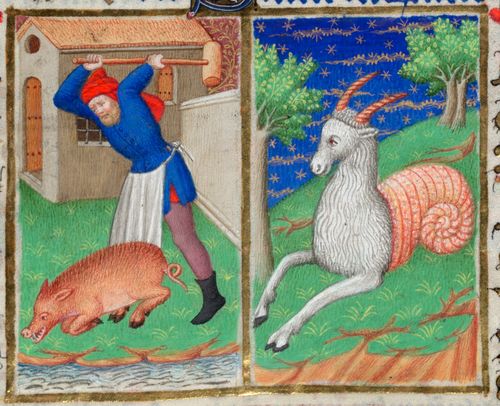 Detail of miniatures of a man killing a pig and the zodiac sign Capricorn, from the calendar page for December, Add MS 18850, f. 12r

In November we saw pigs gorging themselves on acorns, but the day of reckoning is at hand in December.  On the lower left of the first folio for this month is a miniature of a peasant about to slaughter a fattened hog, raising an enormous cudgel above his head.  The hog on the ground looks slightly concerned about the situation it finds itself in (but probably not nearly enough).  On the right is a lovely goat-snail hybrid sitting at east in a landscape, for the zodiac sign Capricorn. 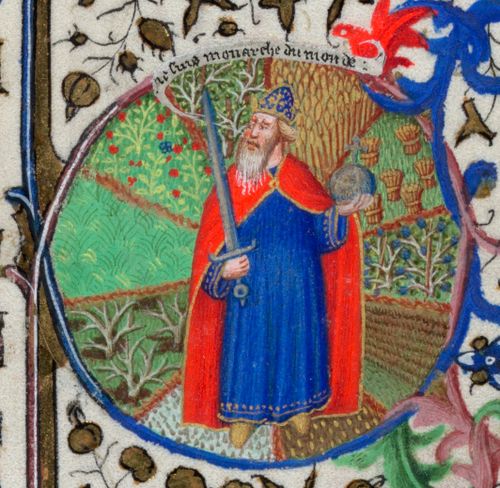 Detail of a marginal roundel of the ‘monarche du monde’, from the calendar page for December, Add MS 18850, f. 12r

On the middle right of the folio is a miniature of a crowned and bearded man, holding an orb and a sword.  He is described in the banner above him as the ‘monarche du monde’ (emperor of the world).  The rubrics describe how December is ‘named from the number decem (ten)’ and is dedicated to the ’10 principal kings who the Romans had dominion over’.   These ten dominions, which included Greece, Persia, Chaldea, Egypt, Syria and Italy, are illustrated by the ten segments of the landscape in which the Emperor is standing (or hovering, really). 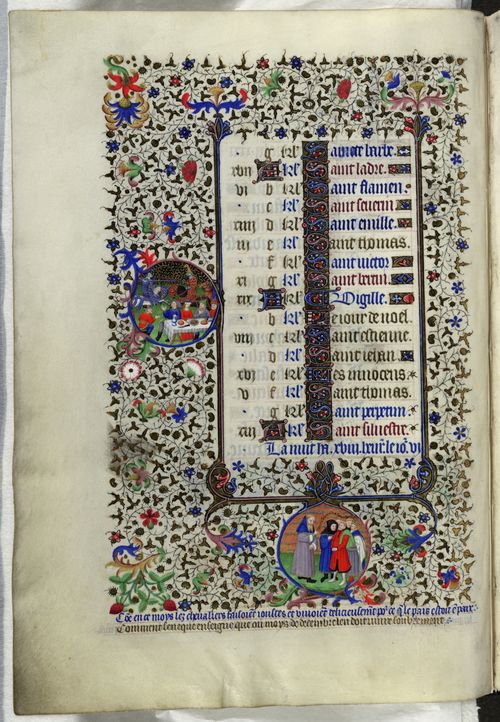 More on this glorious month follows.  Among the remainder of the saints’ days for December (including an un-erased feast of St Thomas Becket, interestingly) are two final marginal roundel paintings.  On the middle left is a scene of pleasure: in the foreground some lords and ladies are feasting while behind them two gloriously-attired knights are tilting at each other.  The rubrics at the bottom of the folio tell us how during the month of December ‘knights performed jousts and lived deliciously because the country was at peace’.  A lovely image.   The rubrics go on to describe how ‘Seneca teaches that in the month of December one should live soberly’, and the final miniature appears to depict Seneca instructing a group of men (including a king) thusly.  It has to be said, however, that while Seneca’s audience appears less than overwhelmed with enthusiasm for his advice. 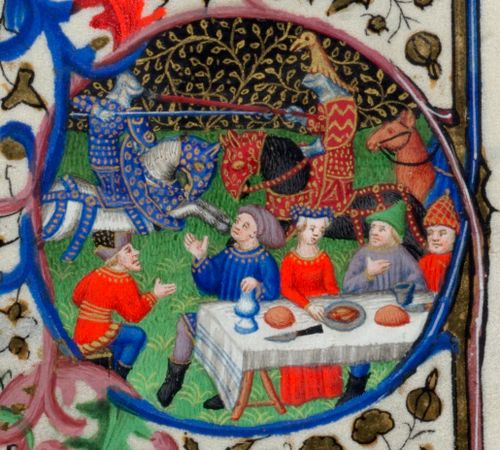 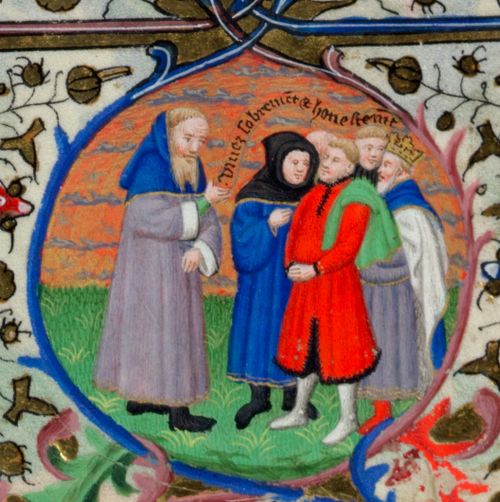 Detail of marginal roundels of aristocratic pleasures and Seneca speaking to people, from the calendar page for December, Add MS 18850, f. 12v

May you have a very happy December and all the best in the new year!

-   Sarah J Biggs (with many thanks again to Chantry Westwell for her French translations!)