This is a story about a gift-giving man, who lived in the ‘north-most’ place and owned 600 reindeer. Sounds like anyone familiar? Well, he wasn't Santa, if that was what you were thinking. The man in question was Ohthere, an intrepid explorer from medieval Scandinavia, who visited the court of King Alfred the Great in the late 9th century and told the king about his travels. We know Ohthere's story from a 10th-century manuscript held at the British Library, recently added to our Digitised Manuscripts site (Add MS 47967). Ohthere was a wealthy explorer from the area that is now Norway. He travelled around Scandinavia, including areas that today comprise parts of Denmark and Finland, and he sailed ‘as far north as whale-hunters ever go’. He later visited the court of King Alfred of Wessex (871–899), where scholars were keen to learn about his travels. One of these scholars added an account of Ohthere's travels to the Old English translation of Orosius's Historia adversus paganos (History against the pagans). According to this account, Ohthere told Alfred about his travels, explaining that he was curious to see the extreme north, and that he wanted to hunt ‘horse-whales’, or walruses. Walrus ivory was a valuable trading commodity in this period, and Ohthere presented King Alfred with some walrus tusks when they met. 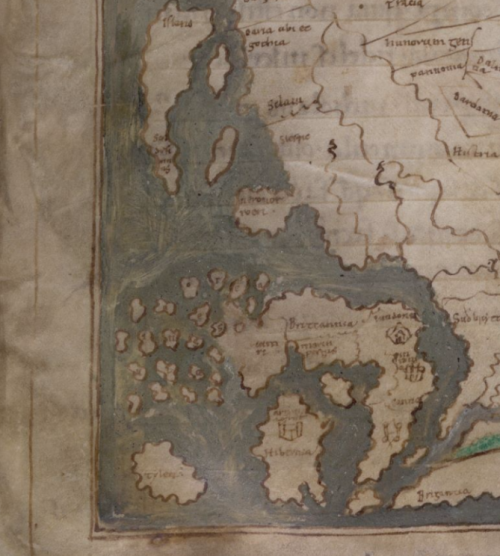 Whoever preserved this story was also curious about Ohthere’s descriptions of where the Angles had lived ‘before they came into this land’ (England). Members of Alfred's court remembered that their ancestors came from mainland Europe, and they wanted to learn more about the lands which they identified as their own places of origin.

As well as describing Ohthere’s travels, the author of this account also described whale-hunting, uninhabited polar ‘deserts’ and different Scandinavian languages. For example, according to Ohthere, the Finnas and the Beormas both spoke basically the same language. The Old English account also described Ohthere’s economic resources, including a herd of 600 ‘tame deer’ called hranas, or reindeer. In particular, Ohthere owned 6 prized ‘decoy deer’, which the Finnas used to lure wild reindeer into captivity. The account also reported that Ohthere was ‘one of the first men on the land’ near his home, and that he received a tribute of animal products from the Finnas. 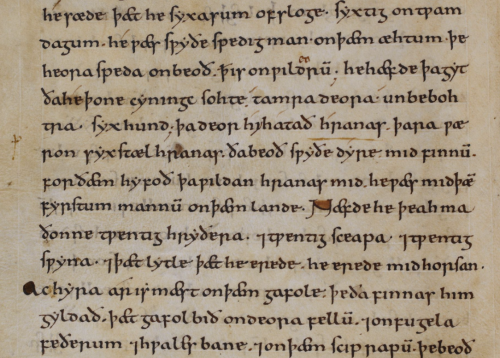 Our only written source about Ohthere is contained in an Old English translation of Orosius’s History, whose compiler edited and augmented his source-material. Orosius began with an account of the geography of the known world, which the Old English translator supplemented with extra information about Britain and Scandinavia, including reports by explorers including Ohthere and another seafarer, Wulfstan. This translation may have been composed in the late 9th century, and it survives in copies from the early 10th and 11th centuries. 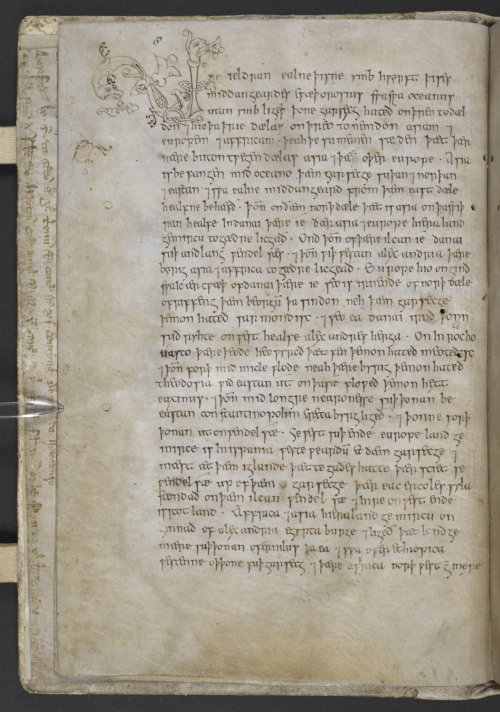 Although he may sound like a figure from modern folktales, Ohthere was, in many ways, a myth-buster. While King Alfred is remembered today for fighting Scandinavians (thanks to the Anglo-Saxon Chronicle, Asser’s Life of Alfred, and other texts produced at his court), the story of Ohthere shows a different side of Anglo-Scandinavian relations in the late 9th century. At least one Scandinavian traded with the English and brought gifts to Alfred, and his knowledge was recorded and respected by scholars at Alfred’s court.