Did you have fun trying to answer our end-of-the-year quiz? Did some of the questions stump you? Fear not, because the answers are below. Well done, everyone, who attempted to answer them!

Question 1: Which manuscript — which provided our calendar pages this year — was a Christmas gift for a young King Henry VI?

Question 2: Christmas was not the usual occasion for exchanging gifts in elite circles in western Europe. 12-year-old Princess Elizabeth, aged 12, made a prayerbook (as in, she translated all the prayers, copied them out, and even embroidered the binding) to give to her father, King Henry VIII, on which day?

Question 3: The Royal Prayerbook (Royal MS 2 A XX) includes the first written reference to which creatures, in Old English literature were associated with mental illness, demons and beauty.

Question 4: Many people now use air travel over the holidays. But who was the first recorded Englishman to fly?

Question 5: Next time you drink hot chocolate, which manuscript collector and physician should you thank for popularising it in Britain?

Question 6: Which manuscript features a recipe for a ‘tostee’?

Answer: The Forme of Cury 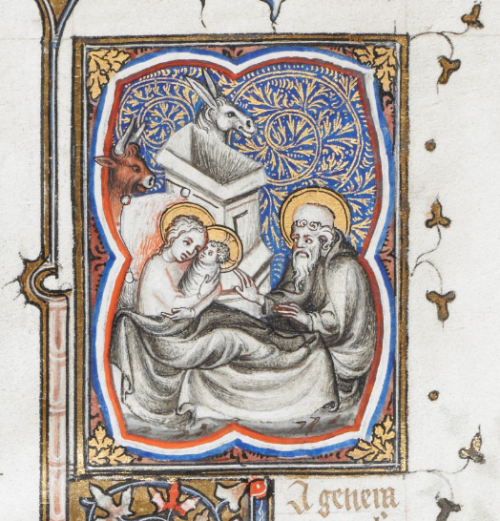 Question 7: This image of the Nativity comes from Royal MS 17 E VII, f. 134r, a Bible historiale probably made for which future French king who would later build the Louvre’s library? 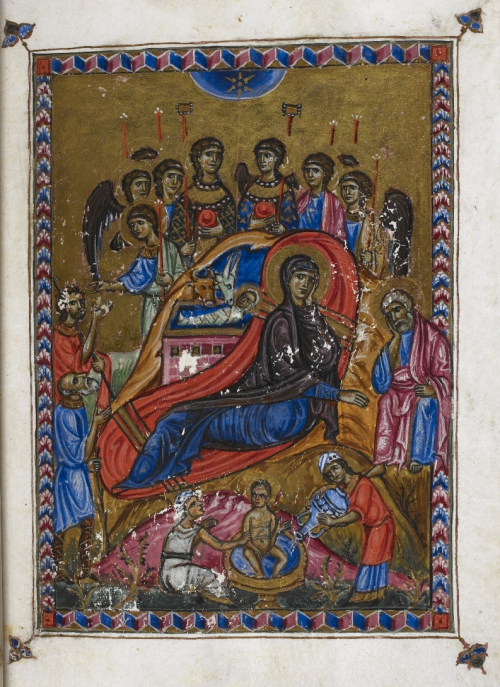 Question 8: This busier Nativity scene can be found in which Psalter, currently on display in New York? 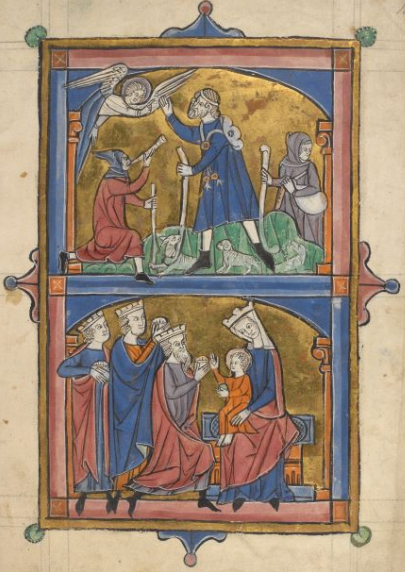 Question 9: The above scenes of shepherds and wise men are part of which Psalter, currently on show in the V&A’s Opus Anglicanum exhibition?

Planning for the Year Ahead

Question 10: Hunters wanting to catch a unicorn would need to bring what with them, according to medieval bestiaries.

Question 11: According to Petrus Alfonsi and his French translators, how can you test if someone is a true friend?

Answer: If they help you hide something which they believe is a dead body.

Question 12: Why is the Feast of St Matthias sometimes celebrated twice?

Answer: In leap years, it is celebrated on both 29 February and 24 February.