The Medieval Origins of the Christmas Carol

Most people today think of a carol as any song or hymn related to Christmas. In its origins, it is something both more and less specific than this. It is derived from the Old French word carole, referring to a round of dancers, singing and holding hands. What they sung was not limited to Christmas music, and musicologists often identify a refrain repeated after each stanza as the key feature of an early carol. Not all medieval carols were overtly religious, but most focused on the Virgin Mary or the winter holy days. The association with the season has been magnified over time, and it now less frequently refers to a specific musical form. So how does a carol get from a medieval manuscript to singers on a street corner, buskers on public transport, or loudspeakers in a shopping centre?

The oldest text still sung today that we would now call a Christmas carol is probably ‘Veni redemptor gentium’, by Ambrose (c. 340–397). Ambrose was once thought to have invented the hymn, although we now know that the form predates him. The history of Veni redemptor is typical of how medieval works become modern popular Christmas carols. In the Middle Ages, it was typically sung to plainchant, and was one of the standard pieces used on Christmas Eve. It can be found in many manuscripts in the British Library, including several that are online, notably Cotton MS Vespasian D XII; Harley MS 2961; and Arundel MS 155. (The Cantus database and the book Early Latin Hymnaries are great starting points for finding such texts in manuscript.) The idea of Ambrose as the creator of the hymn became so popular during the Middle Ages that a large number of poems ended up being associated with him over time; this is one of the few attributions to survive the rigour of modern scholarship. 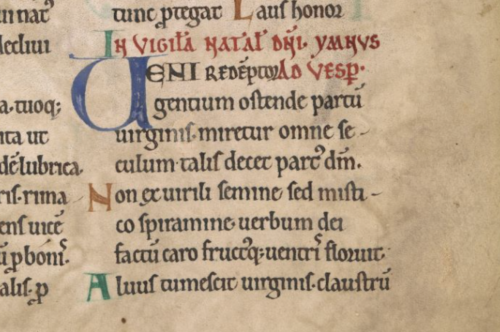 In the English world, Ambrose’s hymn largely disappeared after King Henry VIII’s split from Rome, but benefitted from a revival of interest in medieval culture in the 19th century. It gained new popularity as ‘Come, thou Redeemer of the earth’, one of several well-known translations by John Mason Neale (1818–66), who was particularly gifted in expressing the meaning of his originals and matching their metres. It is today sung to many different tunes, but is most commonly paired with the music for another medieval carol, ‘Puer nobis nascitur’ (‘Unto us a boy is born’), found in the Moosburg Gradual of 1355–60, as arranged by Michael Praetorius (for ‘Geborn ist Gottes Söhnelein’). What reaches our ears today is the combined contribution of about half a dozen people over time. 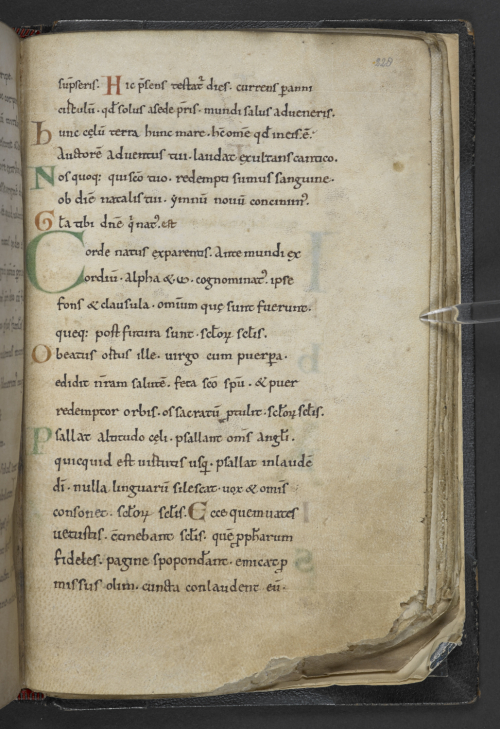 Another contender for the oldest Christmas carol is ‘Corde natus ex parentis’, by Prudentius (348–c. 413), a Spanish lawyer who became a monk later in life. Like Ambrose’s hymn, it has gone through many layers of filtering and waves of popularity. One can hear it today in several different forms, most based on ‘Of the Father’s love begotten’ (another of Neale’s creations) or ‘Of the Father’s heart begotten’ (by R. F. Davis). The music is usually taken from the Finnish/Swedish book Piae cantiones first published in 1582, compiled by Jacobus Finno, largely from medieval sources. Purists might think this ahistorical; but even in the Middle Ages, words could be sung to many tunes from wildly varying sources.

There are many other medieval texts that remain today widely recognizable Christmas carols. Angelus ad virginem (‘The angel to the virgin’), cited by the Miller in Chaucer’s Canterbury Tales, is unusual in that it is still frequently sung by choirs, but almost always untranslated; the Middle English translation, ‘Gabriel, fram Heven-King’, is much more obscure. The British Library’s collections include many early carols that almost nobody today has heard of, such as King Henry VIII’s failed classic ‘Green groweth the holly’, found in Add MS 31922. 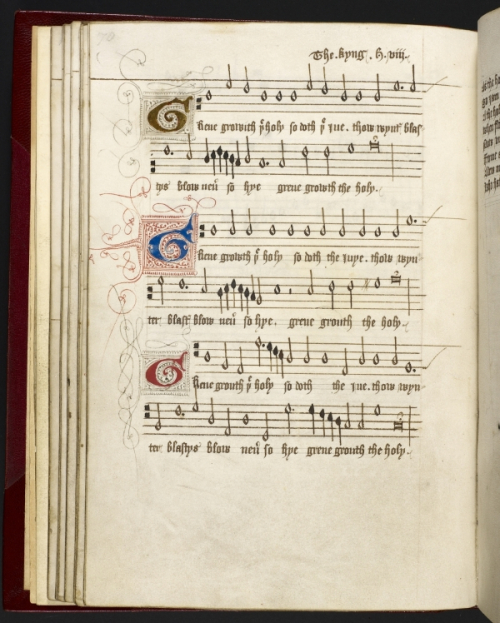 There is far more to explore in the world of medieval carols in manuscript. Most of the British Library’s holdings can be explored through the Digital Image Archive of Medieval Music. Research into these sources can unearth forgotten classics; The New Oxford Book of Carols was especially successful in stretching what had become a stagnant musical repertoire in the 20th century. Medieval carols can remain successful today because they are inherently flexible, are far removed from today’s commercialism, and encourage the spontaneous combination of many different traditions.