The British Library is delighted to be a participant in this year's ZEE Jaipur Literature Festival. Throughout the Festival, from 19 to 23 January, a facsimile of one of the four original Magna Carta documents from 1215, now held at the British Library in London, will be on display at the Diggi Palace in Jaipur. The Festival itself was inaugurated by Chief Minister of Rajasthan Smt. Vasundhara Raje, who was one of the first to view the facsimile. 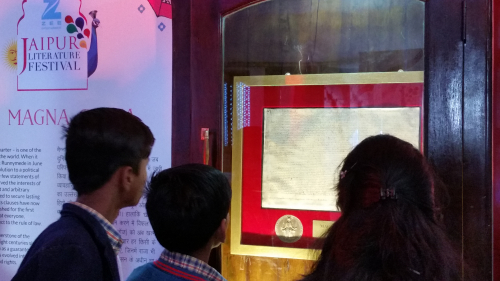 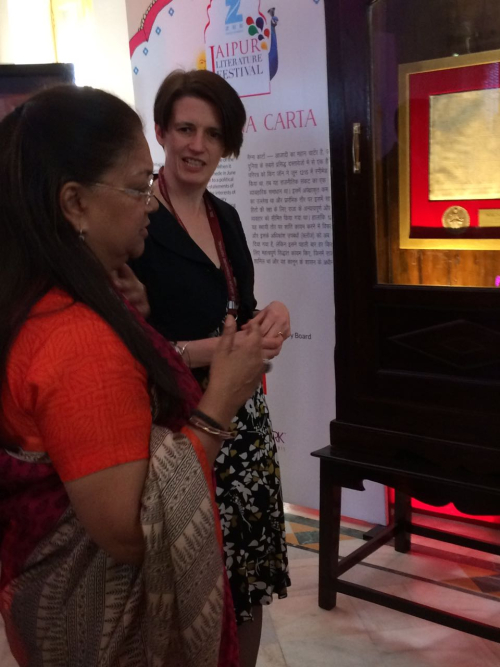 Then, on Saturday 21 January, the ZEE Jaipur Literature Festival is holding a panel discussion entitled ‘Magna Carta: Spirit of Justice’. The five speakers — writer and lawyer Chintan Chandrachud, historian David Carpenter, barrister Helena Kennedy, biographer and historian Patrick French and curator Claire Breay — will explore the history, impact and global legacy of the 4,000 words of Latin issued by King John at Runnymede in 1215. The British Library is represented at the Festival by Claire Breay (Head of Ancient, Medieval and Early Modern Manuscripts), who will be discussing with Professor David Carpenter (King's College London) the medieval history of Magna Carta, and how the Library's major 2015 exhibition, Magna Carta: Law, Liberty, Legacy, explored both the medieval story of Magna Carta and how it came to be such a famous international symbol of rights and liberties. 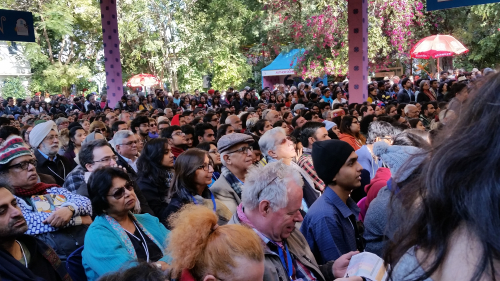 The loan of the Magna Carta facsimile is part of an ambitious British Library programme of engagement with India, which will also see the loan of one of the Library’s copies of the First Folio of William Shakespeare, to CSMVS Museum in Mumbai from 20 January to 8 March. The programme also includes a major project to digitise thousands of Indian printed books held by the Library: the first phase of ‘Two Centuries of Indian Print’ aims to digitise and make available online 4,000 printed books in Bengali, unlocking their riches to researchers and a wider public than ever before. 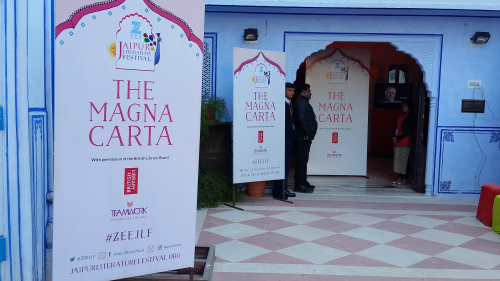 Posted by Ancient, Medieval, and Early Modern Manuscripts at 12:08 PM