The Art and History of Calligraphy

On Thursday, 2 March (19.00–20.30), professional calligrapher Patricia Lovett will be giving a talk at the British Library, entitled 'The Art and History of Calligraphy'. Patricia will be drawing from the Library’s rich collections of manuscripts to tell us about the art and history of calligraphy from her own practitioner’s perspective. Not only will her talk be accessible for a lay audience, but it will also offer insights that should interest experienced book historians. Patricia is able to identify in manuscripts aspects of the historical processes of writing that may not be obvious to academic audiences, such as when the quill was refilled, when it needed to be cut, how it was cut, and the relationship of the lettering to illumination. 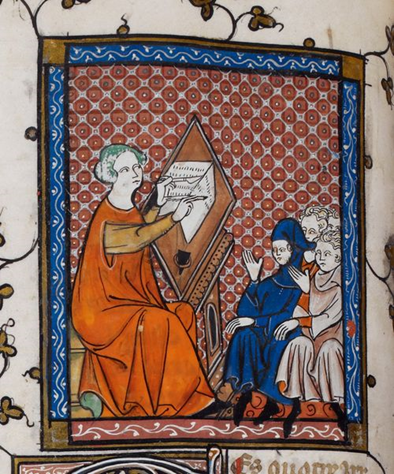 Detail of a miniature of Prudence writing at her desk, with pupils before her, from Laurent d’Orleans, La somme le roi, France (Paris), 2nd quarter of the 14th century, Royal MS 19 C II, f. 48v

In her talk, Patricia Lovett will be showing some of the most extraordinary examples of historical scripts found in British Library manuscripts. She will illustrate how, from Roman times until the present day, different writing styles and materials have changed the ways in which letters were formed, and how this resulted in a range of scripts that men and women used to express their ideas and beliefs. (Her talk features the earliest example of a British woman’s handwriting!) Patricia will explain how the scribe of the Lindisfarne Gospels, writing around the year 700 at the monastery of Lindisfarne, created his beautifully decorated Insular script; how the approximately 20 scribes of the Moutier-Grandval Bible, working in 9th-century Tours, executed the then recently-developed Caroline minuscule; how scribes in subsequent centuries developed the much more narrow and angular Gothic script in some of the most sumptuous late medieval manuscripts (such as the Luttrell Psalter and the Bedford Hours); and how changes in writing style in Renaissance Italy resulted in the so-called humanistic script. 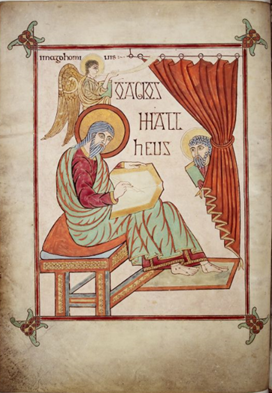 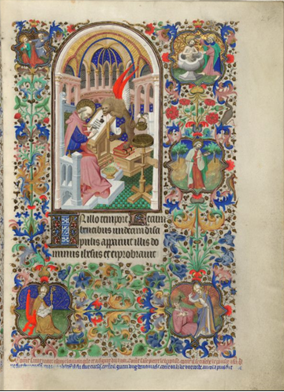 You also get a chance to see Patricia at work: after her talk she will be signing copies of her new British Library book calligraphically!

Patricia Lovett, 'The Art and History of Calligraphy'