The Flower of Nature

The British Library's Digitised Manuscripts site has recently acquired some new residents, including unicorns, amorous elephants, humans and dragons. These can all be found in the recently digitised Der naturen bloeme or The Flower of Nature (Add MS 11390), a natural encyclopedia and bestiary in Middle Dutch verse. 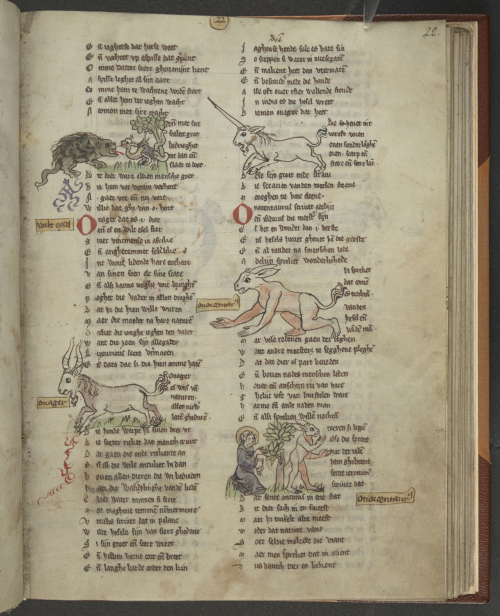 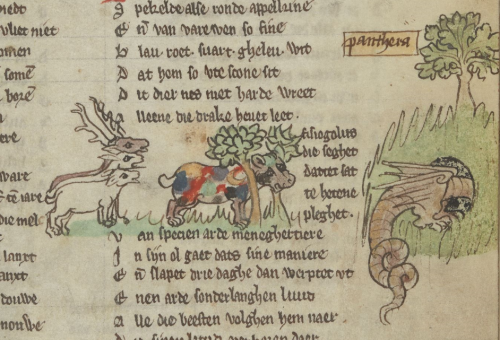 Be warned, however: this bestiary is not rated PG! The text of Der naturen bloeme was written around 1270 by the Flemish poet Jacob van Maerlant (b. c. 1200, d. c. 1272) at the request of his patron, the somewhat appropriately-named Nicolaas van Cats. The British Library’s copy was probably made in the first quarter of the 14th century. 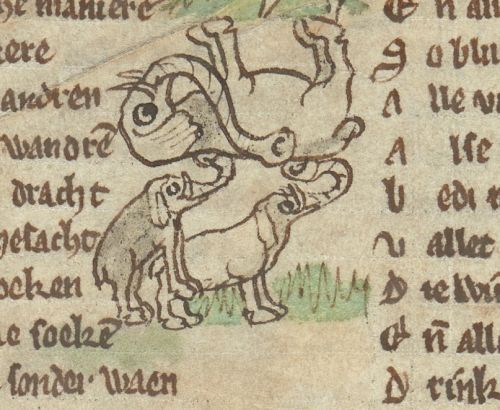 In addition to its fantastic drawings, it also provides rare evidence of a medieval lending library. An oath, written on the last page, states that its borrower swears on the cross drawn next to the text that he or she will return the manuscript or die. The oath is signed by a woman, in a 14th- or 15th-century hand, who identifies herself as 'abstetrix heifmoeder' ('obstetrix’ meaning midwife). 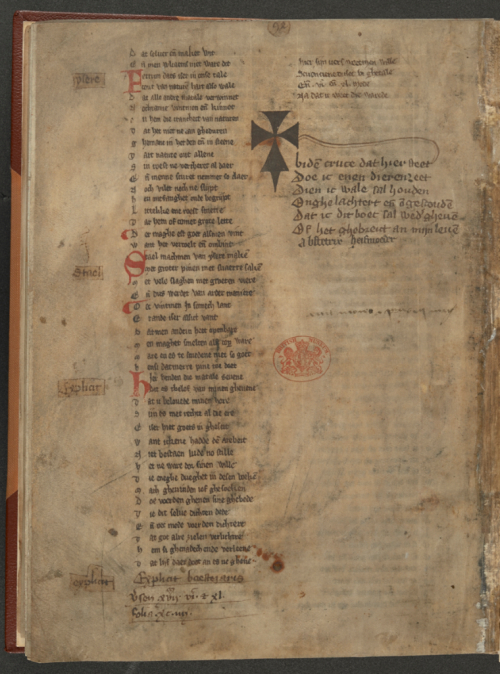 How absolutely facinating I will most certainly view this in more detail!
Thank you so much for sharing this wonderful find!
Kind Regards
Antosa