Magic in the British Library's Papyri

10 March 2017 marks the 20th anniversary of the first episode of the TV series Buffy the Vampire Slayer. Perhaps unsurprisingly, some members of the Ancient, Medieval and Early Modern Manuscripts team of the British Library are big fans of the series, which is set in a library and whose characters routinely have to decipher manuscripts in ancient languages in order to defeat the forces of evil. Indeed, we are currently in the process of digitising several papyri  which mention some of the figures whom Buffy battles. 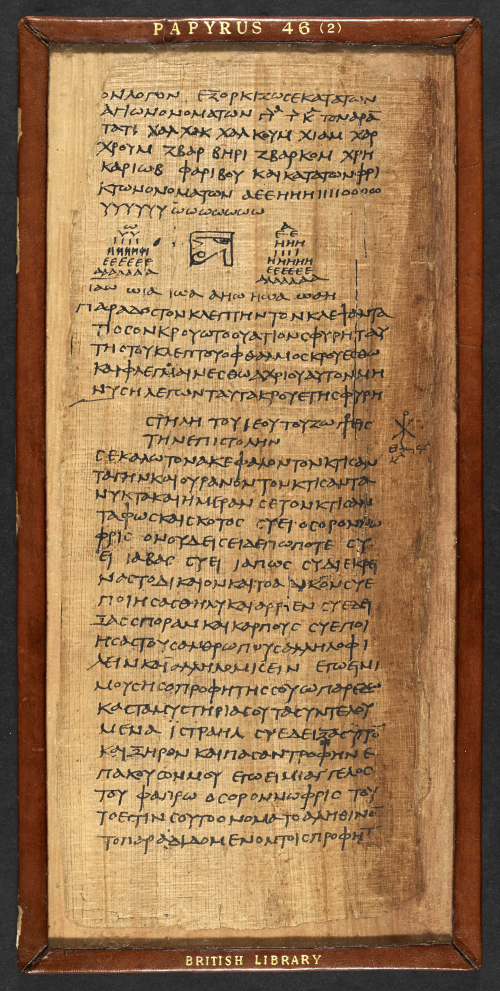 The British Library's collection of papyri includes different sorts of texts, from speeches to letters about vineyard management, from the constitution of Athens to fragments of plays, from wills to part of the Iliad. The papyri also include some magical texts: charms, recipes, curses and prayers. Love spells were discussed in our 2017 Valentine's Day post. There are also some demon-summoning spells that sound just like the sort of text that could kick off one of Buffy's, Xander's, Willow's and the librarian Mr Giles's adventures.

Papyrus 123, a fragment from the late 4th century, preserves a special charm to summon demons against others: 'I bring into subjection, put to silence, and enslave every race of people, both men and women, with their fits of wrath, and those who are under the earth, beneath my feet, but especially and now say their names.' 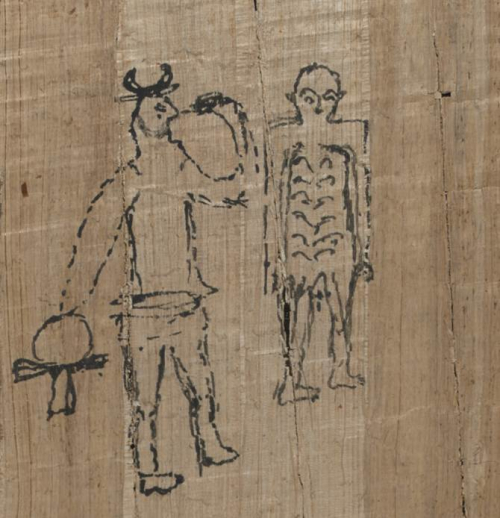 Papyrus 122, a sheet from the early 5th century, contains a spell to request a visit from the netherworld by the demon Besa. (Besa was  originally based on an ancient Egyptian god called Bes.) The text says:

'On your left hand draw Besa in the way shown here with an ink made of blood from a crow and a dove. Put around your hand a black cloth . Go to sleep on a rush mat, having an unbaked brick beside your head — and he’ll come to you in a vision to tell you what you are interested in.'

Below these instructions there is even a sinister image of the demon to be drawn “on your hand”. 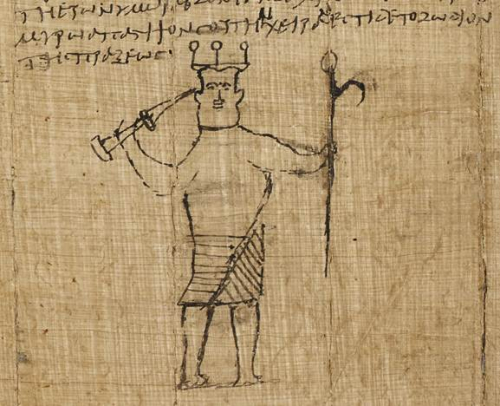 So if you are interested in knowing the future, you could try drawing this image on your hand, but please note you will also need the accompanying spell. For further details, please see our Digitised Manuscripts site. However, if you do not have a vampire slayer to protect you, we don't recommend trying this at home!