The medieval origins of Mothering Sunday

Mothering Sunday falls every year on the 4th Sunday in Lent, also called Mid-Lent Sunday or Refreshment Sunday, referring to its sense of respite halfway through this season of fasting and penitence. The modern recognition of this day came about through the efforts of Constance Adelaide Smith (1878–1938), who worked as a dispenser of medicine in Nottingham, and drew directly on pre-modern traditions. She soon found that the medieval conception of motherhood and the celebration of it was both rugged and diverse. 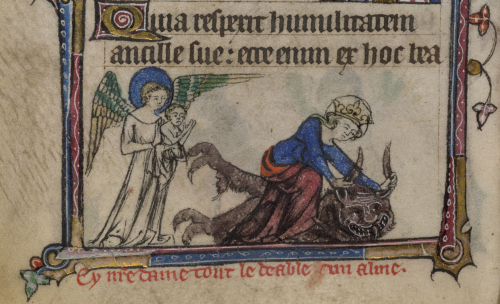 Smith had taken note of the Mother’s Day movement in the United States, promoted by Anna Jarvis and first proclaimed nationally in 1914, ‘as a public expression of our love and reverence for the mothers of our country’, to be held on the 2nd Sunday in May. She was inspired by these efforts, but was not herself a mother, and argued for a deeper, more inclusive definition of mothers and mothering. 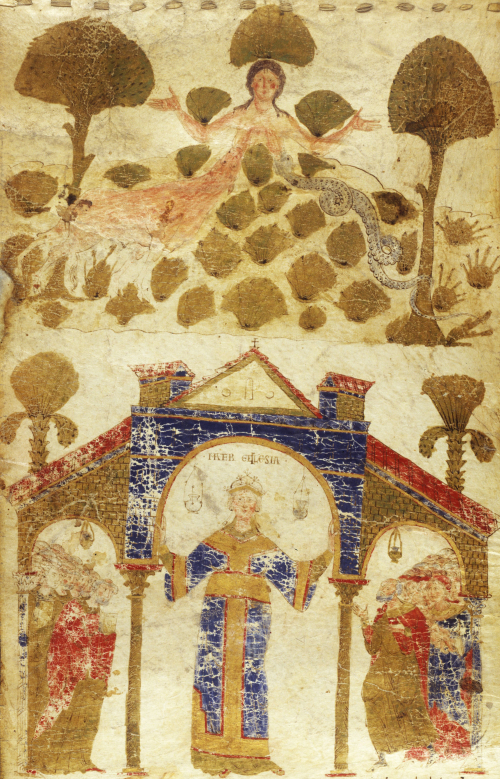 A short book appeared under the pseudonym ‘C. Penswick Smith’, The Revival of Mothering Sunday, in 1921 (revised 1932), as well as a sequel in 1928, with chapters exploring various facets of mothering: ‘The Church – Our Mother’; ‘Mothers of Earthly Homes’; ‘The Mother of Jesus’; and ‘Gifts of Mother Earth’. With these she collected a body of evidence for the traditions surrounding Mid-Lent Sunday, which ranged from the practice of daughters visiting their mothers – especially important for those engaged as domestic servants away from home – to the gifts of simnel cakes or wafer cakes. Smith aimed to show that there was already an international tradition of honouring mothers of all types on the 4th Sunday in Lent, and this only needed to be strengthened through official recognition. 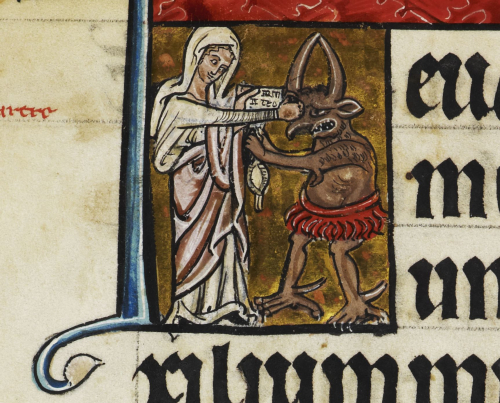 These various customs came from the medieval recognition of this day as ‘Laetare Sunday’. In the Middle Ages, many Sundays were referred to by their introit, or the first words of the Mass. On Mid-Lent Sunday, it also had a reference to mothering:

Rejoice, Jerusalem, and come together, all you that love her; rejoice with joy, you that have been in sorrow, that you may exult and be satisfied from the breasts of your consolation.

The readings for the day in the Sarum rite included Galatians 4.21–31, including the line ‘Jerusalem … is our mother’. The association of food with the day seems to be linked to John 6.1-14, the story of the feeding of the five thousand. On this Sunday, there was a relaxation of the rule against playing the organ. Simnel cake has been associated with the day for centuries, though its exact origins are foggy: ‘simnel’ is derived from Anglo-Norman simenel, ‘fine wheat flour’, itself apparently derived from the Classical Latin simila, a wheat flour. (The word was borrowed again from Anglo-Norman into medieval Latin as simenellus.) 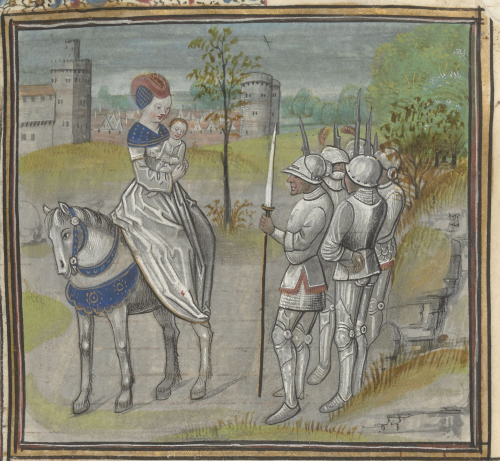 Fredegund addressing her troops in a Dutch translation of Christine de Pisan, The Book of the City of Ladies, 1475: Add MS 20698, f. 63r.

A custom developed during the Middle Ages of making a procession to one’s ‘mother church’ on this day, usually the local cathedral. This could sometimes get out of hand, as Robert Grosseteste (c.1170–1253), the bishop of Lincoln, warned against in his Letter 22.7: ‘In each and every church you should strictly prohibit one parish from fighting with another over whose banners should come first in processions at the time of the annual visitation and veneration of the mother church. […] Those who dishonour their spiritual mother should not at all escape punishment, when those who dishonour their fleshly mothers are, in accordance with God’s law, cursed and punished with death’ (Letters of Robert Grosseteste, trans. by Manello and Goering, p. 107).

Mothers were honoured in many other different ways. Abbots’ mothers are included in the list of queens and abbesses in the New Minster Liber uitae (Stowe MS 944, f. 26v). One Wulfwyn was the mother of the monk Ælfwine, who became abbot in 1031 or 1032; he also noted her death in his prayer book (Cotton MS Titus D XXVI and Cotton MS Titus D XXVII). Margaret of Antioch was often considered the patron saint of pregnant women, escaping unscathed from no less than the bowels of a dragon, according to legend. 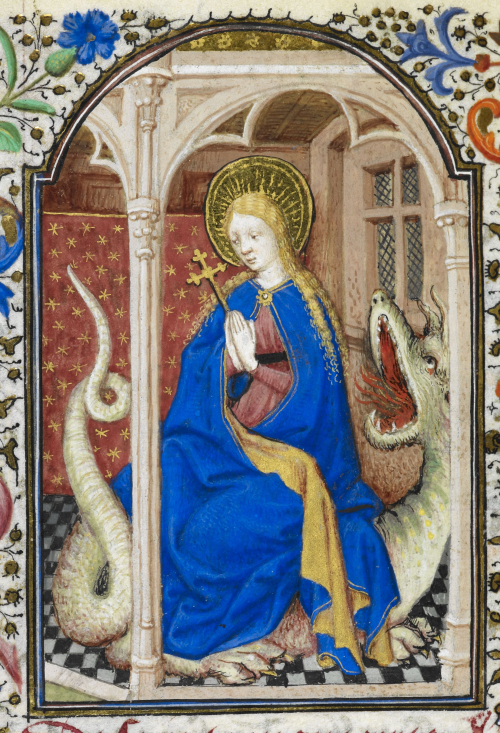 Mothering in the Middle Ages was multifaceted, complex and difficult — rather like today. Intellectuals compared it to the very work of God. Around 1395, Julian of Norwich famously compared God to a mother. Robert of Cricklade could uncontroversially write around 1238, ‘Do you seek the presence of a mother? Just as a mother comforts her children, so will I comfort you, says the Lord [Is. 66:13]’ (On the Marriage of the Prophet Jacob 1.20: Royal MS 8 E II, f. 22v). We can all agree: mothering is pretty awesome, and deserves to be celebrated.

Excellent and colourful blog. Looking forward to finding out more about the beating down of the devils. Did the Puritans keep St Margaret I wonder? Women would need every tool for the experience of reproduction.....
I often forget Mothering Sunday because in Australia its the 6th May. My mum in UK doesn't understand!

RE: caption "The Virgin Mary hands off baby Jesus and tackles the devil, in the ‘Taymouth Hours’, c.1325–40: Yates Thompson MS 13, f. 155v." - Mary does a "hands off' with the baby Jesus to tackle a "hands on" with the devil. She stands for women everywhere: "The hand that rocks the cradle rules the world"!