The end of the world as we know it

You never know when the end of the world is going to happen, and so here at the British Library we've been in a race against time to digitise our Apocalypse manuscripts, before it's too late! Here is a selection of images from newly digitised manuscripts, so everyone knows what to expect when it happens. 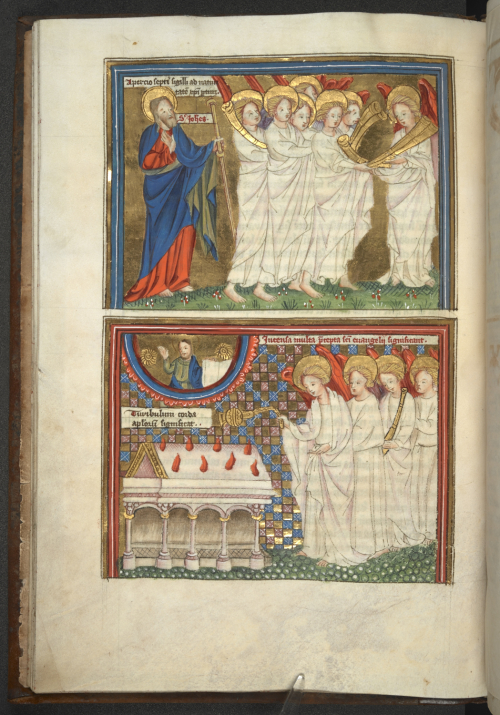 Angels with trumpets and incense from a picture-book of the Life of St John and the Apocalypse, Northern France or Low Countries, c. 1400, Add MS 38121, f. 11v

Let’s start off with some optimistic scenarios. In the beginning it is all visions of heaven, with starry skies, cute lambs and choirs of angels. 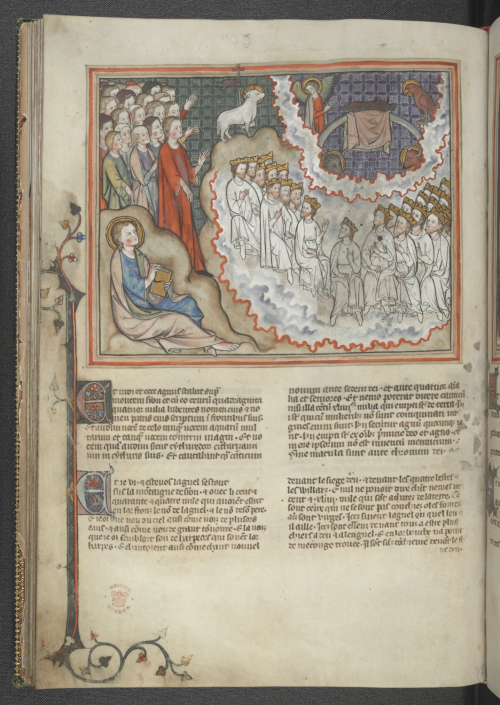 John the Evangelist sees the Heavenly Choir worshipping the Lamb and the four Evangelists’ symbols, from an Apocalypse with commentary by Berengaudus, in parallel Latin and French, France (Normandy), c. 1320–1330, Add MS 17333, f. 24v 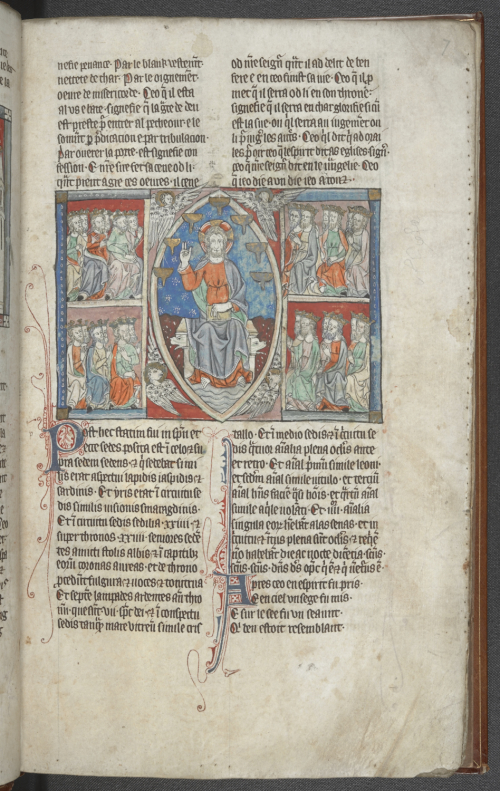 The vision of Heaven (Revelation IV 2–8), from an Apocalypse in Latin with a verse translation and prose commentary in French and a paraphrase in Middle English prose, England, 2nd half of the 13th century, Add MS 18633, f. 7r

But then the trumpets sound. 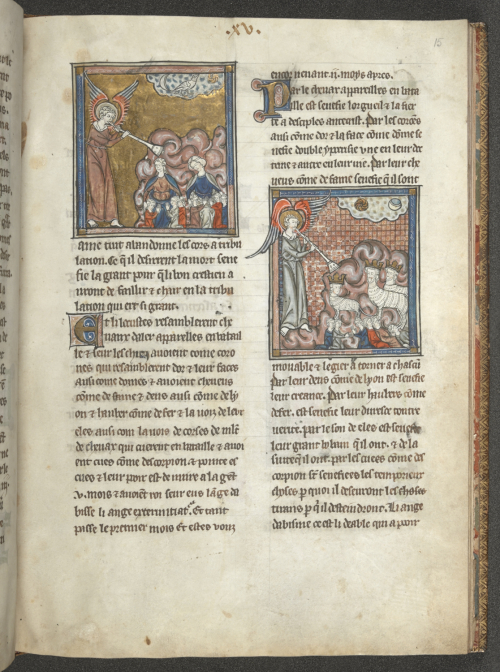 The Third Trumpet, a burning star falls from Heaven; the Fourth Trumpet: the sun and moon are darkened from the Huth Apocalypse, Add MS 38118, f. 15r

And its not long before things start to get nasty. There are murders and earthquakes. 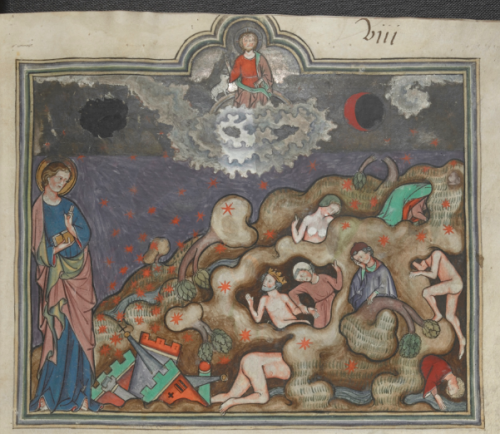 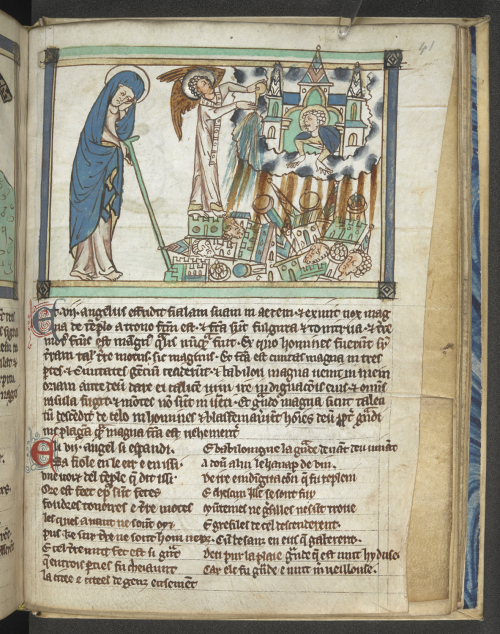 Fire rains down on the earth as Judgement Day approaches. 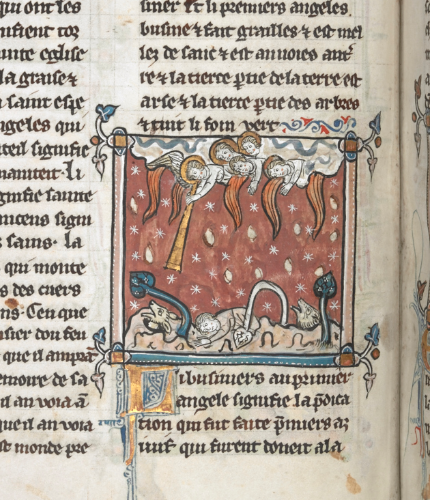 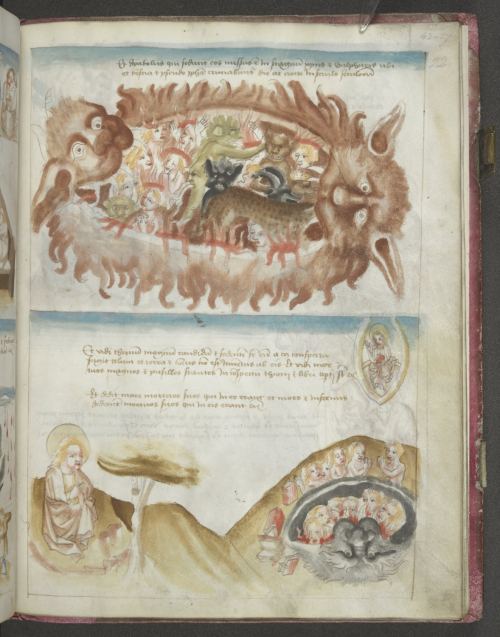 The lake of fire and brimstone and the Judgement from an Apocalypse Picture Book with a preface by St Jerome, Germany, 3rd quarter of the 15th century, Add MS 19896, f. 22r

Pretty soon there are weird and nasty beasts everywhere, even in the text, and all hell breaks loose, literally. 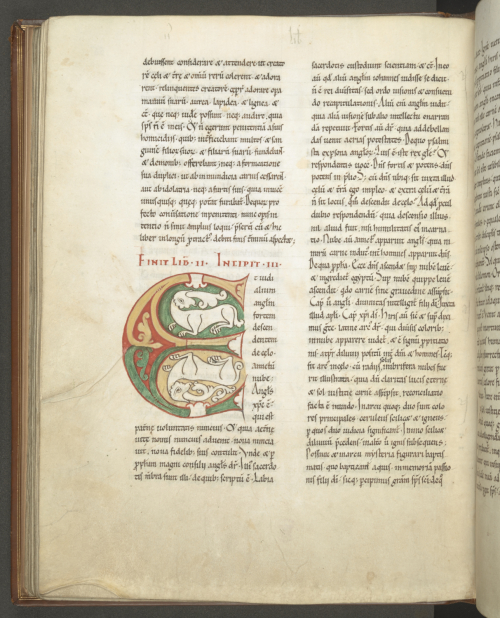 Zoomorphic initial from a Commentary on the Apocalypse by Haimo of Halberstad, from the area that is now Belgium (Tournai?), 3rd quarter of the 12th century, Add MS 25312, f. 55v 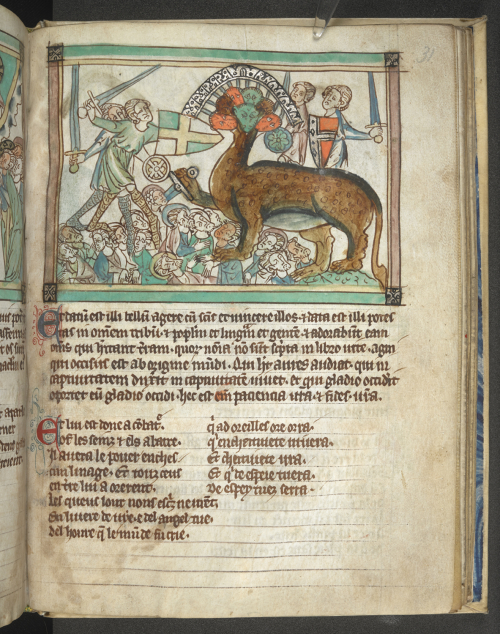 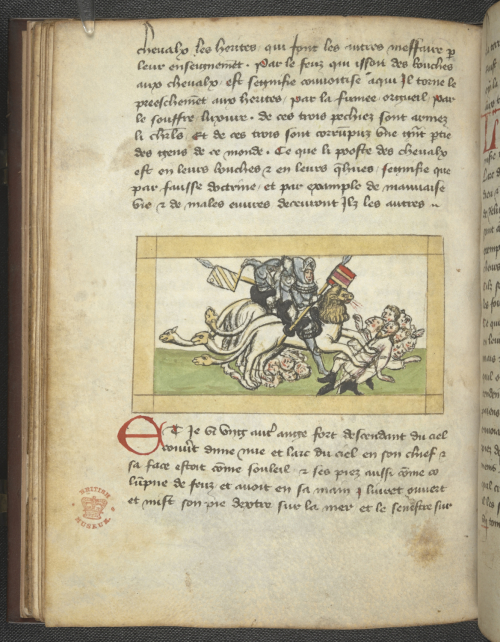 The beasts of the Apocalypse attack the people, from an Apocalypse in prose with gloss in French, France, 4th quarter of the 15th century, Add MS 17399, f. 22v 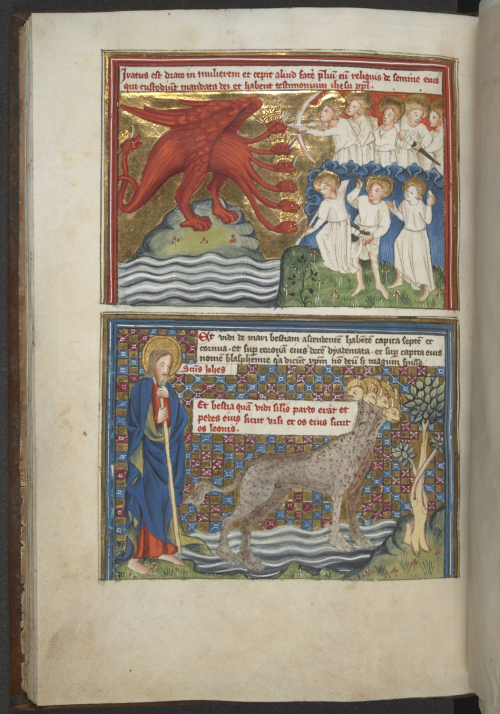 And then there is the pale horseman and the wicked woman of Babylon. 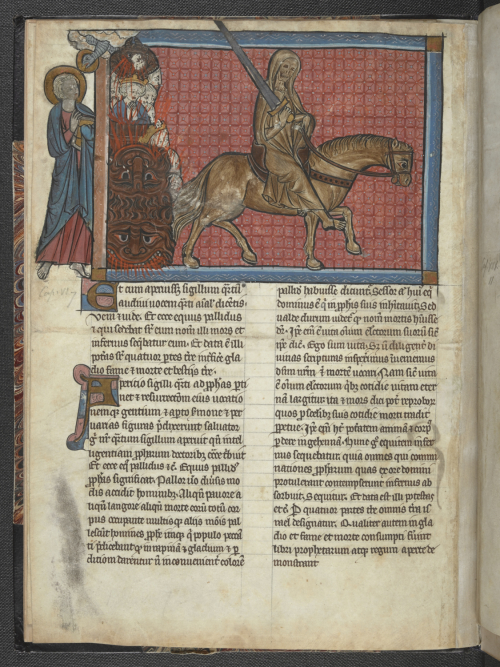 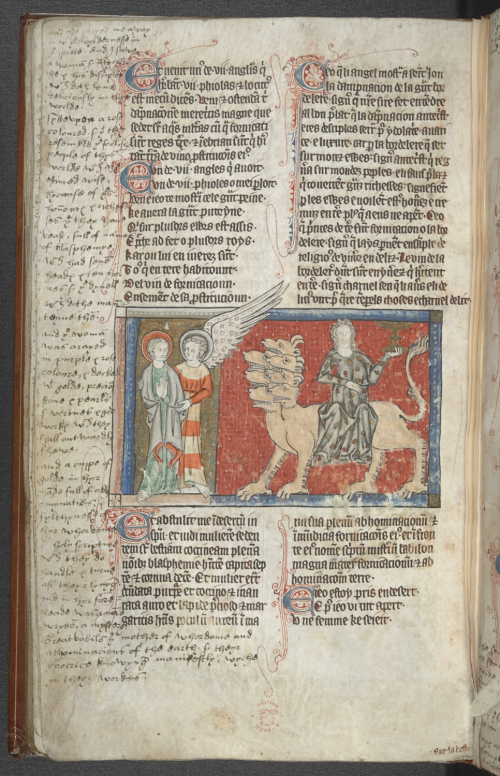 The wicked woman seated on the beast, from an Apocalypse in Latin with a verse translation and prose commentary in French with a paraphrase in Middle English prose, Add MS 18633, f. 35v

Finally, kings and others in power don’t seem to come out of this too well! 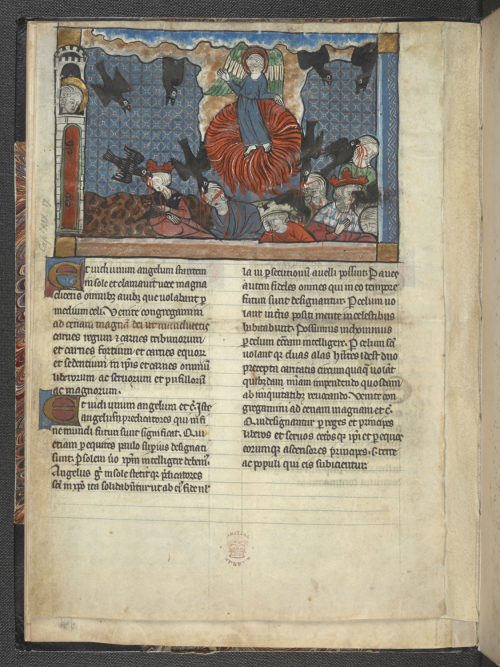 The birds, summoned by the angel in the sun, attacking and eating the flesh of kings and powerful men, Lorraine (Metz or Verdun), 4th quarter of 13th century, Add MS 22493, f 4v

So dear readers, don’t say we didn’t warn you ! If you don’t believe us and want to see it all for yourself, here is a list of our recently-digitised Apocalypse manuscripts:

Add MS 17399, Apocalypse in prose with gloss in French

Add MS 18633, Apocalypse in Latin with a verse translation and prose commentary in French and a paraphrase in Middle English prose

Add MS 25312, Commentary on the Apocalypse in Latin by Haimo of Halberstad,

Add MS 38118, The Huth Apocalypse, in French prose with gloss

Add MS 38121, Picture Book of the life of St John and the Apocalypse

Harley MS 4972, Apocalypse in French, Prophecy of the Tiburtine Sibyl

And old ‘favourites’ that have been on our Digitised Manuscripts website for some time and have featured in previous blog posts are:

To paraphrase a friend -- This assumes there will still be electricity, as well as computers that speak the same language the digitisation was encoded in, and all sorts of other stuff. Unless its main impetus is budgetary, the rush to "digitise" everything does not make sense, at least of all as a means of preservation. Why not just reprint it all on acid-free paper for starters? And then on some still more durable medium. But still in print, and "analog" pictures. The latter will be recognizable to humans at least as long as humans themselves are recognizable. And the former as long as there are linguists.