A doughnut by any other name?

Doughnuts (donuts to our US readers) are a favourite sweet treat of many; a fried dough pastry served with a variety of flavours and shapes, all tried and tasted by Homer Simpson. But you may not know that the doughnut has much older antecedents. The British Library holds a 14th-century recipe for fried dough pastry in one of the first cookbooks written in English, the Forme of Cury (Add MS 5016).

Krispel Kreme: Recipe for ‘crispels’, a fried dough pastry from the Forme of Cury, Add MS 5016

The Forme of Cury in modern English translates as Method of Cookery. This scroll is the oldest complete copy of the work, with 196 recipes. These include a recipe for ‘crispels’, round pastries basted in honey which may have been similar to our doughnuts today. To make crispels, one made a sheet of thin pastry and cut it into circles, then fried it in oil or grease and covered with heated honey:

Crispels. Take and make a foile of gode past as thynne as paper; kerue it out wyt a saucer & frye it in oile; oþer in grece; and þe remnaunt, take hony clarified and flamme þerwith. Alye hem vp and serue hem forth (transcription from Constance B. Hieatt and Sharon Butler, Curye on Inglysch: English Culinary Manuscripts of the Fourteenth-Century (Including the Forme of Cury), Early English Text Society, 1985). 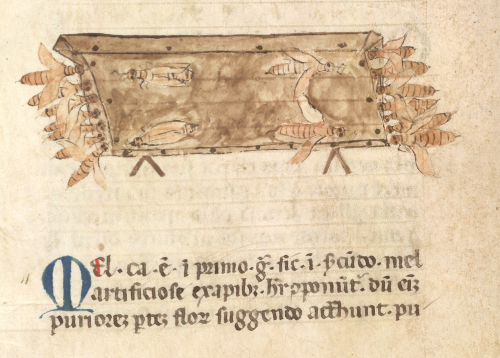 Miniature of bees on a honeycomb from Tractatus de herbis, Egerton 747, f. 62v

The thin crispels may not have taken exactly the same, torus shape associated with the modern doughnut: that shape seems to have been associated more with scientific diagrams and treasure than with food in some medieval illustrations. Nevertheless, we're sure that Homer and other doughnut lovers would not object. 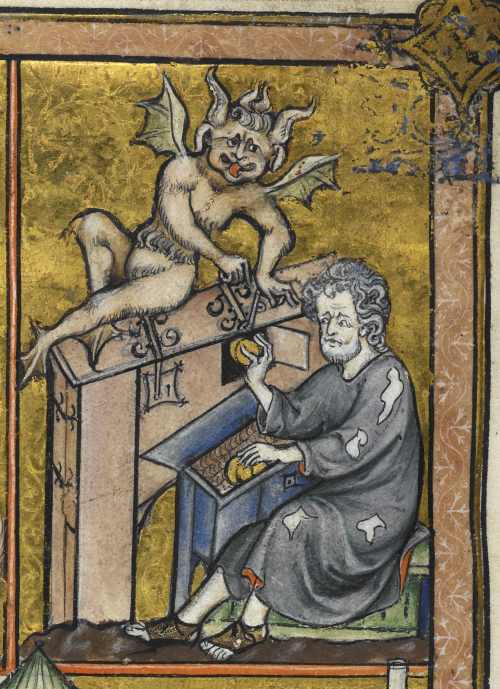