The mystical art of alchemy — the traditional aim of which is to transform so-called ‘base’ metals like lead into ‘noble’ ones like gold — has fascinated and enthralled experimenters, philosophers and artists for thousands of years. The history of alchemy, known in the Middle Ages as the ‘Great Art’ (Ars magna), and its continuing impact on artists and culture today, is the focus of a new exhibition at the Kulturforum in Berlin, entitled Alchemy: The Great Art. The exhibition includes hundreds of objects and artworks dating to the past three millennia, dedicated to exploring the origins and enduring allure of alchemy.

The British Library is proud to have loaned two of our own alchemical manuscripts to the exhibition. Both were created in the later Middle Ages, when alchemy was understood as a God-given gift that went beyond the superficial desire to create gold, to a much more complicated and elevated pursuit of eternal life or inner enlightenment.

The earlier of the two manuscripts loaned by the British Library is Sloane MS 2560, a 15th-century copy of a popular alchemical text known as the Donum Dei (‘The Gift of God’), probably made in Germany or Austria. Copies of the Donum Dei are usually accompanied by twelve illustrations of flasks containing red and white stones and the changes they undergo throughout the alchemical process. 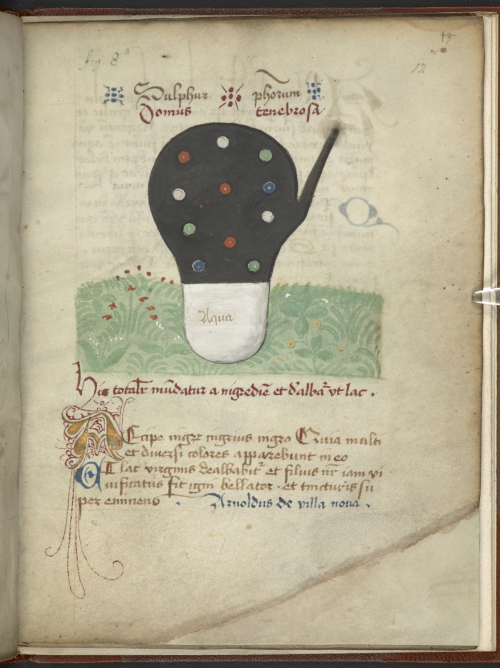 The exhibition features f. 12r from Sloane MS 2560, an image of a flask showing the purification of water from the ‘black’, meaning death and darkness. The lower half of the flask is white and labelled aqua (water), symbolising purity and holiness (associated in the text with the Virgin’s milk).

The second British Library manuscript in the exhibition is Harley MS 3469, a manuscript dated to 1582, containing the alchemical text known as the Splendor Solis, the ‘Splendour of the Sun’, a well-known and highly decorated treatise. Scholars believe that the earliest version was produced in Germany, now in the Kupferstichkabinett in the Prussian State Museum in Berlin, and dated to 1532–35. The British Library’s magnificent copy is one of 5 copies of the original, in colours and gold on parchment.

The classical alchemical allegories of the Red King and White Queen, whose union represents the conjoining of opposites to create a whole, are personified in the Splendor Solis. The text describes the alchemical death and rebirth of the King, illustrated by a sequence of 22 elaborate images, framed by highly decorated borders. The folio displayed in the exhibition is 18r, showing the mystical rebirth of a swamp man, who is being helped out of the water by an angel. 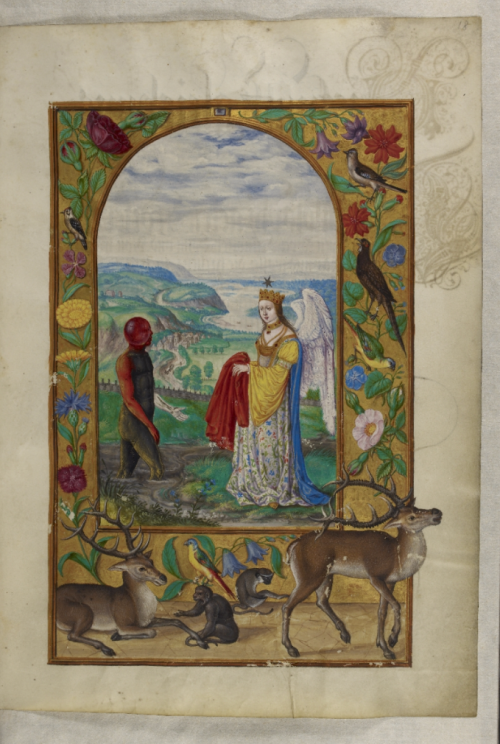 Alchemy: The Great Art is on at the Berlin Kulturforum until 23 July 2017. Do let us know if you go and visit our manuscripts! And remember, you can explore both Harley MS 3469 and Sloane MS 2540 on the British Library’s websites.