‘Some things are in our control and others are not … the latter should be nothing to you.’ This wise statement begins the Enchiridion of Epictetus, a Stoic philosopher. Epictetus had some experience of hardships being out of his control: he spent part of his life as a slave. 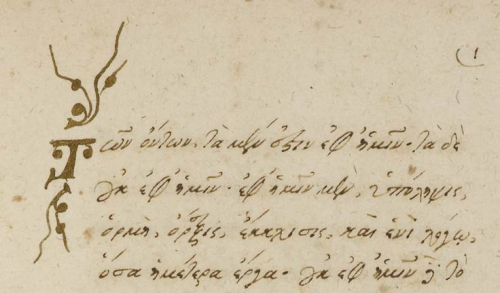 Detail of the opening lines of Epictetus's Enchiridion, copied in the 2nd half of the 16th century, Add MS 11887, f. 1r

Much of what is known about Epictetus’s life comes from a 10th-century Byzantine encyclopaedia, the Suda. The British Library has a rare complete copy of this text, now Add MS 11892/3. According to the Suda, Epictetus was born in Hierapolis, Phrygia, in the first century CE and became a slave to a cruel master in Rome. On top of that, his mobility was impaired, perhaps from an illness or from mistreatment. The early Christian theologian Origen (d. 253/4) claimed that Epictetus’s owner broke his leg, a situation Epictetus reportedly handled with logic and wit: ‘[W]hen [Epictetus's] master was twisting his leg, Epictetus said, smiling and unmoved, “You will break my leg.” When it was broken, he added, “I told you so.”’ 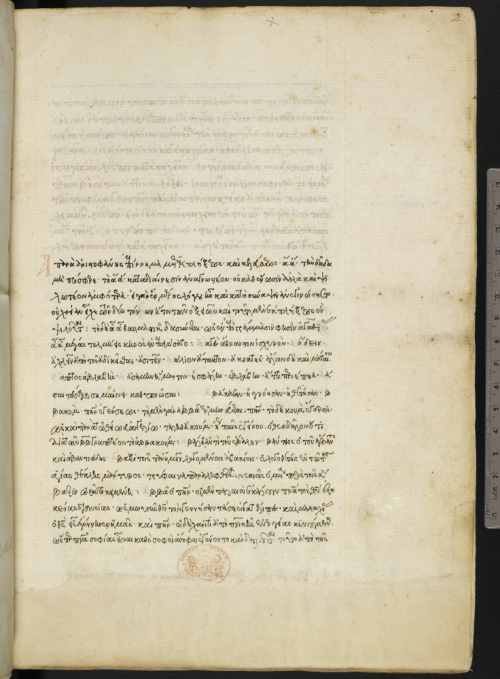 Despite Epictetus’s challenges, he was later liberated and started teaching philosophy in Rome. There were still more twists and turns to his career, however. Around AD 93, Domitian chased out all philosophers from Rome, so Epictetus fled to Greece, where he started a school. 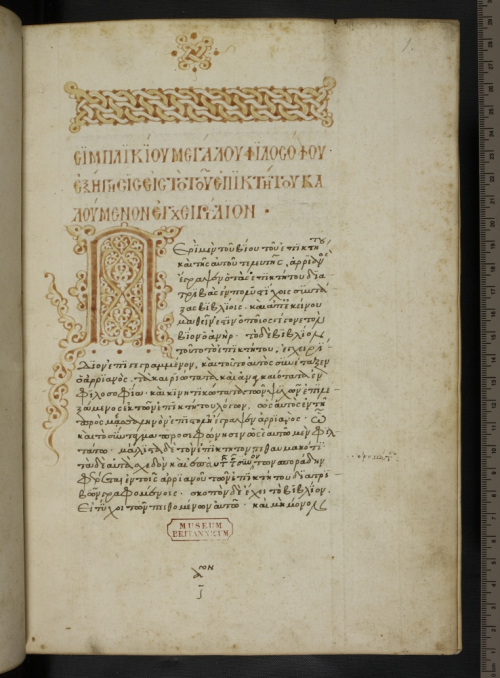 Given Epictetus’s pithy sayings and his dramatic life, stories about him continued to be told and retold. St John Chrysostom (d. 407) wrote about him, claiming that when Epictetus was asked by his master, ‘Do you want me to let you loose?’, Epictetus answered: ‘Why? Am I in any way bound?’ Manuscripts of his works and commentaries on his works continued to be copied into the 16th century. Epictetus continues to influence a wide variety of figures to this day, from philosophers to playwrights to the psychotherapist Albert Ellis, whose school of therapy claims to owe more to Epictetus’s ideas than Sigmund Freud’s. Epictetus’s teachings still resonate today. ‘It is difficulties that show what men are’, according to his Discourses. In the Enchiridion, he noted that ‘These reasonings are unconnected: “I am richer than you; therefore I am better.” “I am more eloquent than you; therefore I am better.” The connection is rather this: “I am richer than you; therefore my property is greater than yours.” “I am more eloquent than you; therefore my style is better than yours.” But you, after all, are neither property nor style.’

You can find out more about this subject by consulting the British Library's Greek Manuscripts webspace. Available online are articles such as Greek manuscripts in the 16th century, descriptions of our collection items and videos. We hope you have fun exploring the site!