What's your definition of the ideal woman? For centuries, the model woman of some Greek writers was pious, virtuous … and good at maths. 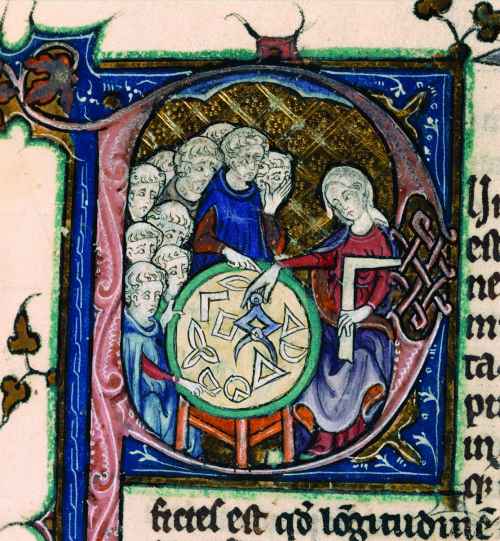 Detail of an historiated intial with Geometry portrayed as a woman, from the works of Priscian, Cicero, Aristotle and others, translated by Gerard of Cremona, Paris, 1309–1316, Burney MS 275, f. 293r

For them, the ideal woman was Theano, a philosopher and mathematician who is said to have lived in the 6th century BCE. According to some of these later writers, she was a student and later the wife of Pythagoras, the Greek philosopher, musician and mathematician. As with most ancient figures, the details of her life is somewhat obscure: modern scholars debate who she was, or whether there were even two Theanos in Pythagoras’s circle. 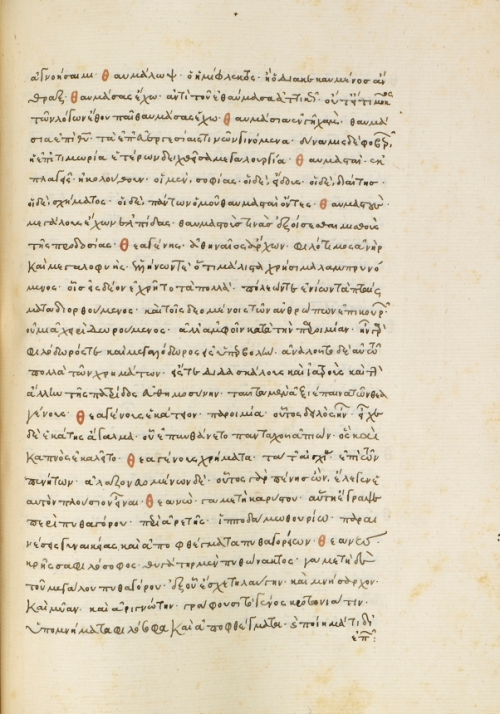 The entry for Theano in a 10th-century Byzantine encyclopaedia (Suda Lexicon Additional MS 11892, f. 278r, copied in 1402 in Florence by Georgios Baiophoros)

Whoever she was (or they were), Theano seems to have been an important thinker in her own right. Later writers reported that she wrote tracts on virtue, piety, the golden mean and Pythagoras’s doctrines, and they attributed some witty aphorisms to her. In one of her commentaries on Pythagoras’s writings, she was said to have remarked that, ‘if the soul were not immortal, death would be a blessing to us all.’ Elsewhere, it was said that Theano's arm was accidentally revealed in the market and someone noted ‘how beautiful your arm is’, to which she replied ‘maybe, but it’s not public.’

Sadly, none of Theano’s texts survive. A 14th-century manuscript in the British Library preserves a unique collection of seven epistles attributed to her. These letters promote the education of Greek women and critical thinking. The author of the letters addresses mostly women advising them on childcare, marriage and various household affairs. She wrote, ‘It is better to ride a horse without reins than to be an unreflective woman’. 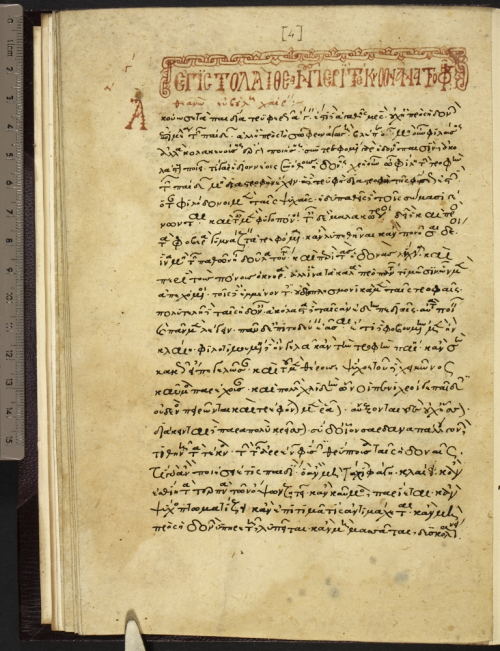 Copy of a letter purporting to be written by Theano, Harley MS 5610, f. 7v

In the first letter, the author addresses a mother called Euboule to criticize her for bringing up her children in luxury, noting that, ‘The mark of a good mother is not her concern for the children’s enjoyment, but rather an education towards moderation. Be careful: don’t be an indulgent mother rather than a loving one.’

For centuries, Greek writers considered Theano to be the ideal wife and mother. Although this did not lead to any of the treatises attributed to her being preserved, Theano’s long-lasting fame as an educator of mothers and wives has made the letters associated with her a popular read for generations.