Battles and Dynasties at Lincoln

The second Battle of Lincoln, 20 May 1217, is one of the greatest English conflicts that almost nobody has ever heard of. The British Library is a partner in a new exhibition at The Collection Museum in Lincoln from 27 May to 3 September 2017 which hopes to change this: Battles and Dynasties. This exhibition brings together an enormous range of artefacts from the medieval to modern periods, celebrating the role of Lincoln in the development of modern Britain. 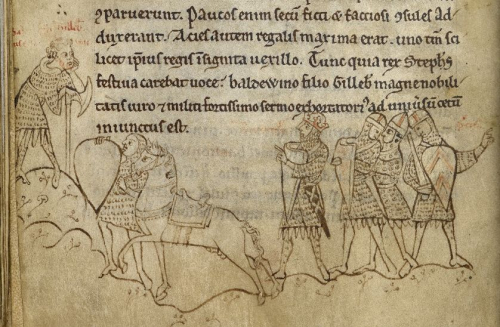 Given the relative stability of the monarchy in the kingdom of England during the Middle Ages, it is easy to forget the many contests to the position of its kings and queens. We all know the bloody story of the Wars of the Roses, but conflict boiled over far earlier than this. Lincoln was a centre for this, as one of the prominent fortified settlements in the eastern part of England. The first Battle of Lincoln of 1141 saw the forces of the Empress Matilda capture King Stephen. At the second Battle of Lincoln, the future of the country was at stake as forces loyal to Prince Louis of France challenged the authority of King Henry III, still a child. Henry’s forces won the day, and he went on to rule for more than fifty years – but English history would have been different if the battle had gone otherwise. 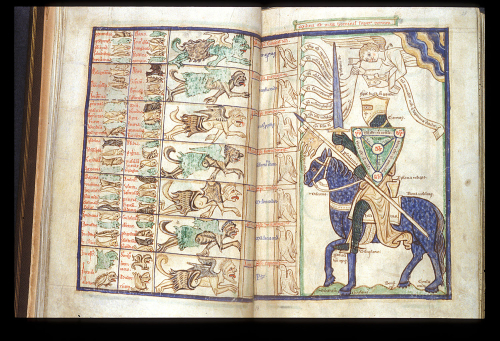 Lincoln was also a major intellectual centre of medieval England. Its cathedral school became one of the most prominent English centres of education in the late 12th century under the beloved teacher William de Montibus. His student, Richard of Wetheringsett, went on to become the first known chancellor of the University of Cambridge. As bishop of Lincoln, Robert Grosseteste became one of the most influential writers of the 13th century. All these figures’ works feature in Harley MS 3244, which is displayed at Lincoln with its splendid illustrated version of a treatise on the virtues and vices, as applied to the armour of a knight. 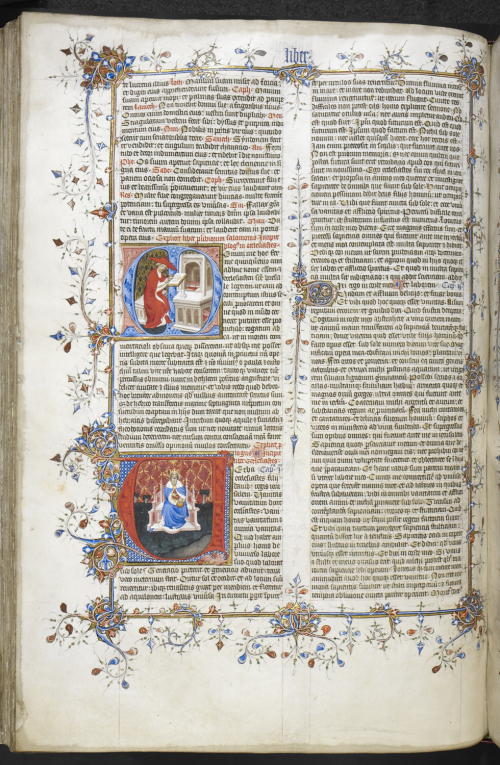 Also on display are some of the splendours of courtly culture made in the midst of conflict. King Henry IV is generally known for his ruthlessness, thanks to his deposition of Richard II, but he was also a lover of books: the enormous Great Bible, measuring 630 × 430 mm, is thought to have been in his collection. England’s interdependencies on Europe did not slow even in the face of the wars at this time: the volume of Jehan de Wavrin’s Anciennes et nouvelles chroniques d’Angleterre (Old and New Chronicles of England) in the exhibition, Royal MS 14 E IV, was produced in Lille and Bruges in the 1470s for King Edward IV, while conflicts over who should be the monarch continued to brew. 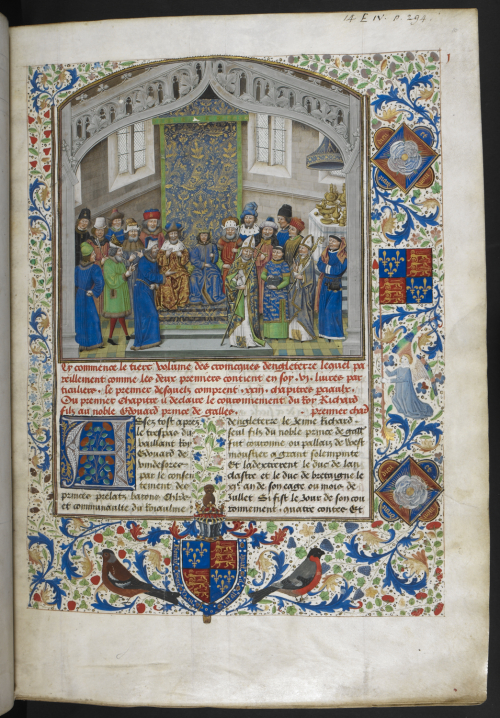 There are far more treasures to see in the exhibition. Also on display from the British Library are the Rochester Chronicle (Cotton MS Nero D II) and the chronicle of Ralph of Coggeshall (Cotton MS Vespasian D X). The collections gathered at Lincoln are a reminder that events maintaining the status quo are just as important as those that overturn it, and that culture can continue to flourish even in the midst of conflict. We hope that many of you get the chance to view our manuscripts in person.

No better way of speaking about Lincoln and medieval England..Great article that is very informative.Thanks a lot

I saw the exhibition at Lincoln last year. One of the best I've ever seen, either in or out of London, and well worth commemorating, Lincoln a much under-rated city, imho.