The British Library is recruiting for a Curator of Early Modern Collections. This is a full time, fixed term position, for six months. Full details of the post and how to apply can be found here.

As Curator of Early Modern Collections, you will assist lead curators in the Department of Western Heritage Collections with preparations for an exhibition on 16th-century British History to be held at the British Library in 2020–21. You will also use your specialist knowledge to catalogue early modern manuscripts and will help to interpret and present the Library’s early modern collections through online resources and engagement with academic and general users. 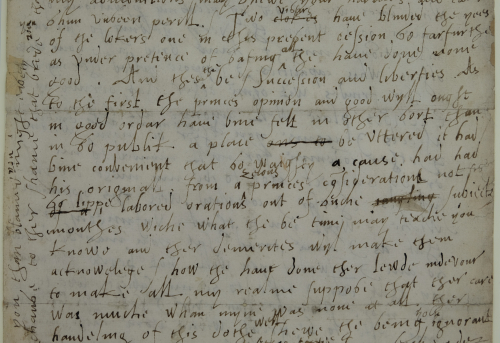 Detail from Elizabeth I’s autograph speech dissolving Parliament, in which she rebukes ministers for their unwelcome ‘lip-laboured orations’ on the matter of her marriage and succession, January 1567: British Library Cotton Charter IV. 38 (2)

With a post-graduate degree, or equivalent, in 16th-century British history, you will have research experience using early modern manuscripts and printed books and a personal area of expertise relevant to the British Library’s collection. Strong palaeographical skills, excellent written and oral communication skills in English and the ability to promote the collections to a wide range of audiences are essential. 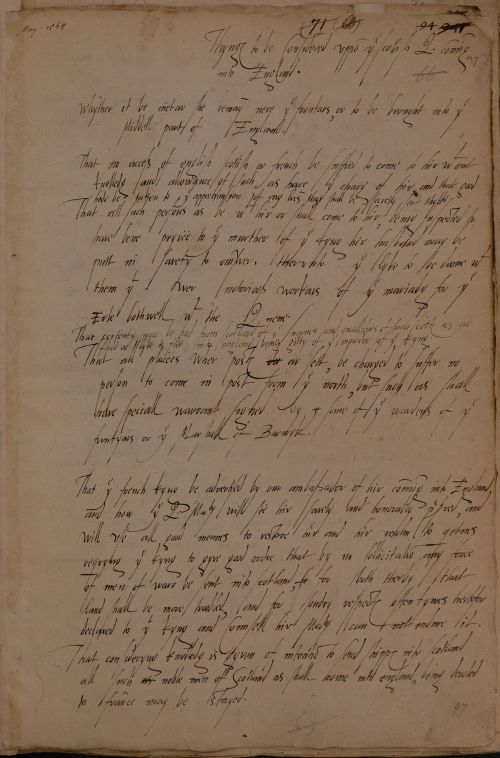 The first page of William Cecil’s paper on ‘Things to be considered upon the Scottish Queen coming into England’, May 1568: British Library Cotton MS Caligula C I, f. 97.

Posted by Ancient, Medieval, and Early Modern Manuscripts at 7:41 AM