A recipe for disaster? Medieval fireworks

Fireworks have been used for centuries for entertainment. Their use in England was first recorded in 1486 at the wedding of King Henry VII. As well as a form of entertainment, fireworks were also of scientific interest in the medieval period as they could potentially be used as a form of gunpowder in warfare. A 14th-century English collection of medical recipes and experimental science (now known as British Library Royal MS 12 B XXV) contains recipes for fireworks, rockets and the burning glass. The opening recipe refers to Greek fire, an incendiary weapon first used by Byzantine forces against Arabic naval fleets during sieges on Constantinople in the late 7th century. We have not provided a translation to prevent our more foolhardy readers from attempting the recipe at home! 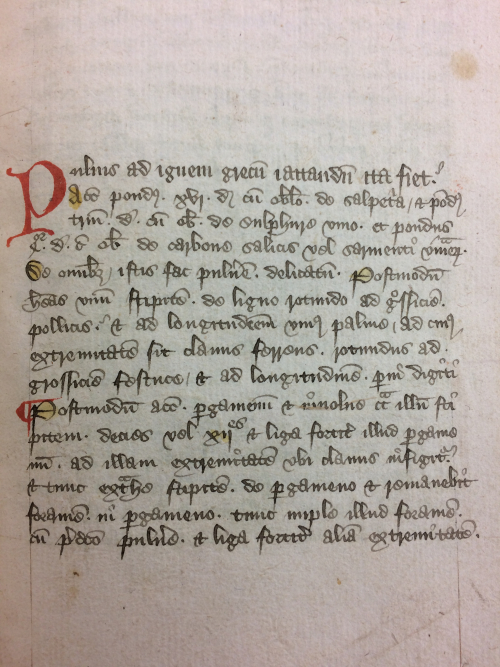 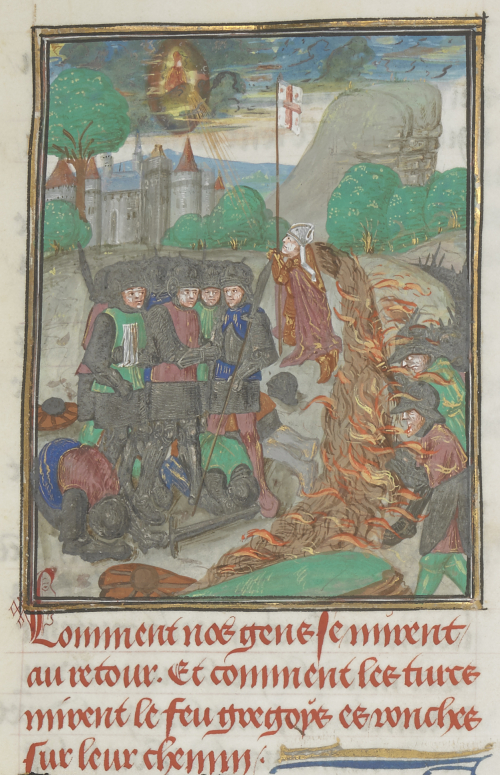 Miniature of a Greek fire burning Turks as a result of a miraculous change of wind, and Robert of Nazareth praying, from William of Tyre’s Histoire d’Outremer, c. 1479–1480, Royal MS 15 E I, f. 266r

Fireworks can be dangerous, so it should be no surprise that this manuscript also contains a number of protective charms, including against fire. The protective charms against fire invoke St Columcille (also known as Columba and Columkill) and St Agatha for protection. St Agatha was a patron saint against fire, lightning and volcanic eruptions. Protective charms may seem unorthodox to us today, but they were often employed in the same manner as medical recipes and religious prayers. Henry VII himself ruled England as a Catholic nation, but also it is believed he was presented with the luxury illustrated book of astrological treatises and political prophecies now known as Arundel MS 66, which contains the king’s portrait as he is presented with the work. This book may have come in handy; the stars were believed to exert powerful influences upon human character and affairs. 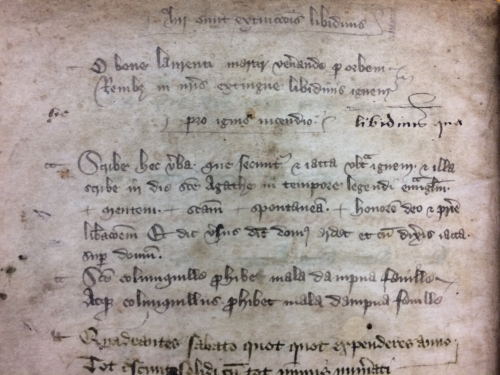 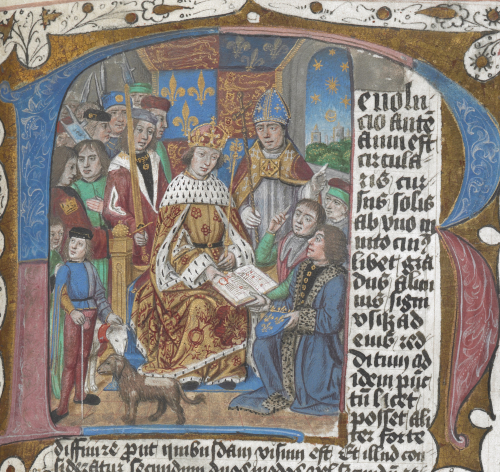 Detail of an historiated initial with the presentation of an astrological textbook to Henry VII, England, c. 1490, from Arundel MS 66, f. 201r

But if you must play with fire(works), we hope you have a St Catherine’s Wheel ready! This classic pinwheel firework is named for St Catherine of Alexandria, who according to legend was sent to be executed on the back-breaking spiked wheel, but it miraculously broke apart the moment Catherine touched it. Find out more about the popular medieval saint here. ‘Cause baby you’re a firework: Detail of a bas-de-page image of St Catherine praying and angels breaking apart the spiked wheel, from the Queen Mary Psalter, England, 1310-1320,  Royal MS 2 B VII, f. 283r

Posted by Ancient, Medieval, and Early Modern Manuscripts at 7:47 AM