Matthew Paris and his Abbreviated Chronicle of England

If you're interested in medieval English history, you may at some stage have come across the works of Matthew Paris. A monk of St Albans in Hertfordshire, Matthew Paris (c. 1200–1259) wrote his chronicles of the history of England over several decades, constantly revising and updating his information; he is also thought to have drawn the majority of the illustrations. King Henry III (reigned 1216–1272) visited St Albans no less than nine times between 1250 and Matthew’s death in 1259, and we can presume that Henry hoped to be favourably represented in Matthew Paris's writings. 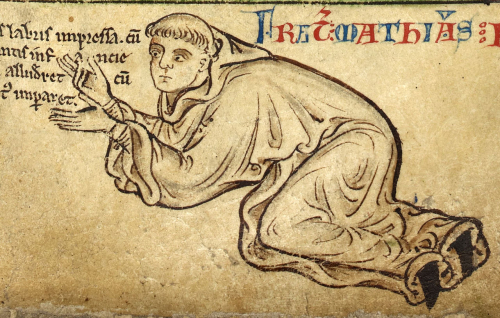 The British Library has recently digitised a manuscript containing some of Matthew Paris's historical writings: an abbreviated version of his Chronica Majora ('Great History') and Historia Anglorum ('History of England'), found in Cotton MS Claudius D VI. This shortened version, which focuses primarily on the period between 1066 and Matthew’s day, is known as the Abbreviatio chronicorum Angliae ('Abbreviated Chronicle of England'). Not only was this chronicle written by Matthew, but it is likely that he was responsible for many of the accompanying illustrations. 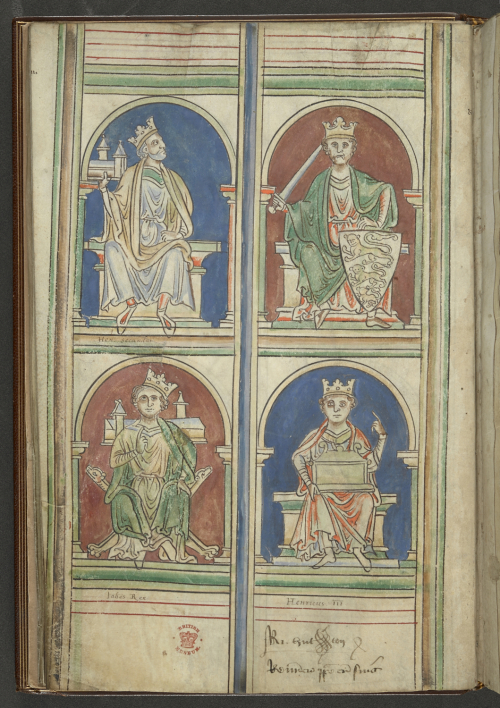 The Abbreviated Chronicle of England begins with thirty-two drawings of the kings of England, including legendary rulers such as King Arthur. The first king was believed to be Brutus of Troy, a mythical ruler descended from the Trojan warrior Aeneas, who sailed to Britain and established a ruling dynasty. Upon his death, the kingdom was divided between his three sons: Locrinus ruled England, Albanactus ruled Scotland (Albany), and Camber ruled Wales. King Henry III believed that he shared the blood of Trojan heroes and demigods. 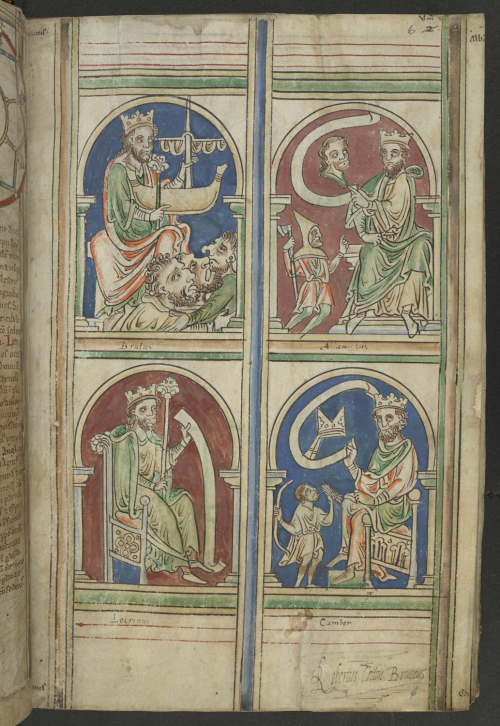 This style of images is known as ‘tinted drawings’, in reference to the delicate coloured washes used to accent drawings outlined in dark ink, rather than opaque paint. Matthew Paris was so closely associated with this technique that tinted drawings of this period came to be called ‘School of St Albans’ or ‘School of Matthew Paris’ in later art historical writing. This nomenclature was subsequently discontinued, when it was proved that this style was actually widespread in England at the time. 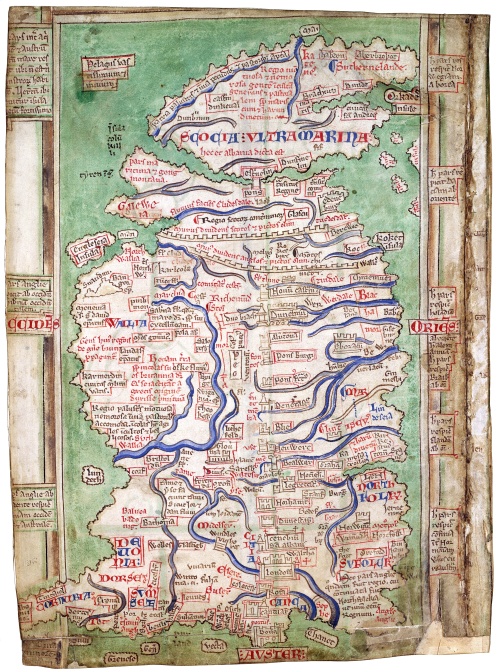 Perhaps the most well-known part of this manuscript is a full-page map of Britain, which is now kept separately as Cotton MS Claudius D VI/1. We have discussed this map and the other maps drawn by Matthew Paris in the blogposts Our Favourite Map and Medieval Maps of the Holy Land.

The Abbreviated Chronicle of England was left unfinished, possibly due to Matthew Paris’s death in May or June of 1259. A later monk of St Albans, known as William Rishanger, continued the chronicle until the year 1293, and the manuscript also contains other historical writings. We're delighted that you can now look at the manuscript in full on our Digitised Manuscripts site (and we hope that Matthew Paris would have been pleased, too).