Total eclipse of the Sun

On 21 August 2017, American readers of our Blog have the exciting opportunity to witness a full solar eclipse (some of them may even be able to hear Bonnie Tyler singing 'Total Eclipse of the Heart' at the very same time: what more could you want?). Of course, solar and lunar eclipses have been a source of wonder across the centuries, with or without Bonnie Tyler. Since Antiquity, astronomers and astrologers have had a clear understanding of how and why eclipses occur, and they were able to predict their arrival using diagrams and tables. Eclipses were also described by medieval chroniclers, who often interpreted them as an omen.

Our first historical example of an eclipse is found in this 15th-century French manuscript of the History of Alexander the Great. The scene it depicts is not a contemporary one, rather it shows the lunar eclipse which occurred during the Battle of Gaugamela in 331 BC, when Alexander the Great’s army met the Persian army of Darius III. Alexander is shown consulting his astrologers about the eclipse's meaning: the soldiers perhaps interpreted it as a bad omen. 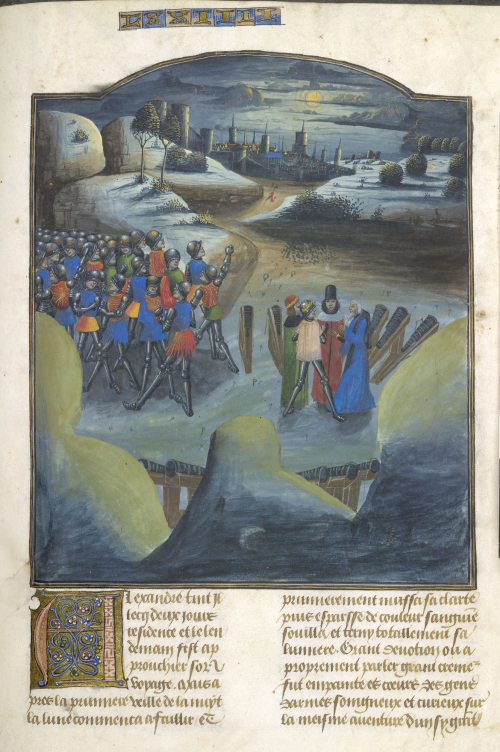 Miniature of Alexander the Great consulting his astrologers about an eclipse of the sun after the battle of Arbela: British Library Burney MS 169, f. 69r

Early medieval scholars knew that a solar eclipse occurs when the moon passes between the Sun and Earth. One of our favourite medieval writers, the Anglo-Saxon scholar Bede (d. 735), explained this phenomenon in his scientific texts entitled De natura rerum (On the Nature of Things), composed around 703. In the chapter headed 'On the eclipse of the sun and the moon', Bede described how a solar eclipse occurs when the Sun is hidden by the intervention of the Moon, and a lunar eclipse when the Sun, Earth and moon are aligned with Earth in the centre. 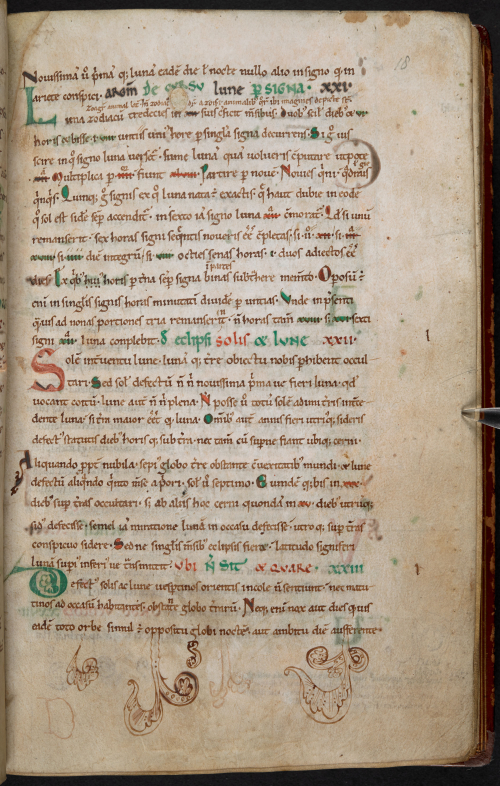 In some medieval manuscripts, astrological texts are accompanied by diagrams illustrating an eclipse. For example, this diagram, found in  a 14th-century compilation of mathematical and astronomical texts, illustrates the Sun's position in relation to the Earth and Moon. Elsewhere, we sometimes find diagrams showing the different stages of the Sun's visibility during an eclipse. 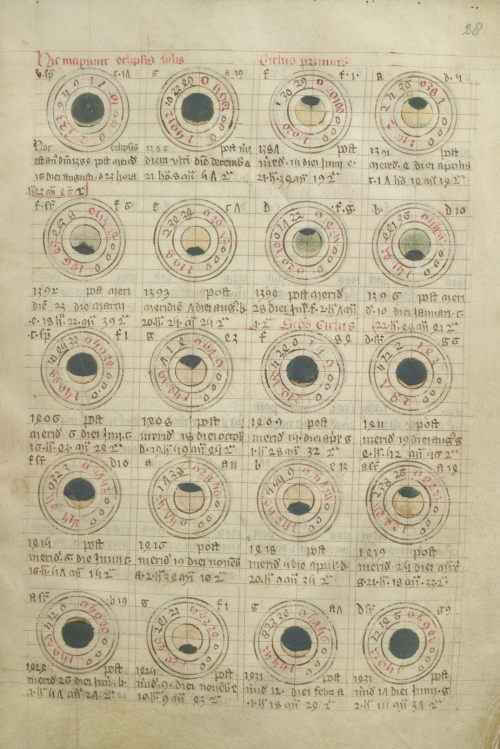 Diagrams of lunar and solar eclipses could also be included in almanacs, alongside calendars and other astrological material. Almanacs were used to predict the movement of the stars and the tides, often during medical consultations. A special kind of folding almanac, favoured by medical practitioners, could be hung from its owner's belt. This folding almanac, produced in the 15th century, contains a series of diagrams of the solar eclipse, based on the Kalendarium of John Somer.

For those with no astronomical knowledge, the darkening of the sky during a solar eclipse may have been particularly ominous. People would have heard or read about such events from the Old Testament story of the Plagues of Egypt, describing a darkness that lasted for three days. According to the Gospel of St Matthew, a period of darkness lasting for three hours, accompanied by earthquakes and the raising of the dead, followed the Crucifixion of Christ. These apocalyptic associations were supported by other medieval accounts. For instance, the Middle English copy of The Fifteen Signs before Doomsday found in British Library Harley MS 913, explained that the first sign of the approaching Apocalypse is that the ‘Sun will give no light and will be cast down to Earth – while you now see it [the Sun] as pleasing and bright, it will become as black as coal.' 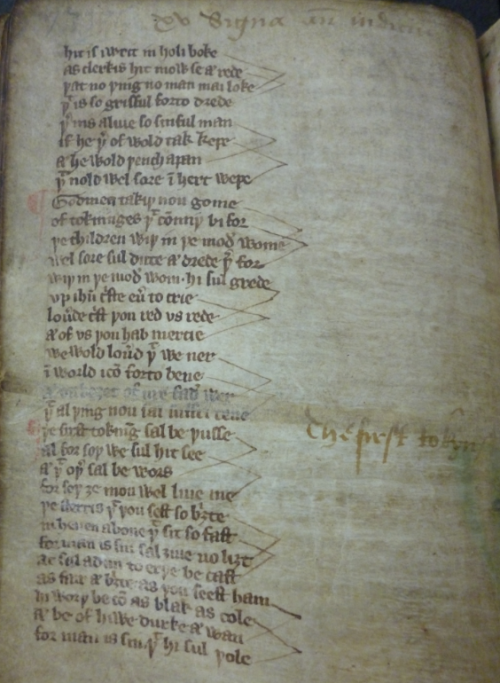 You may wish to muse on this as you observe or read about this August's solar eclipse (with or without Bonnie Tyler on your headphones, obviously!). 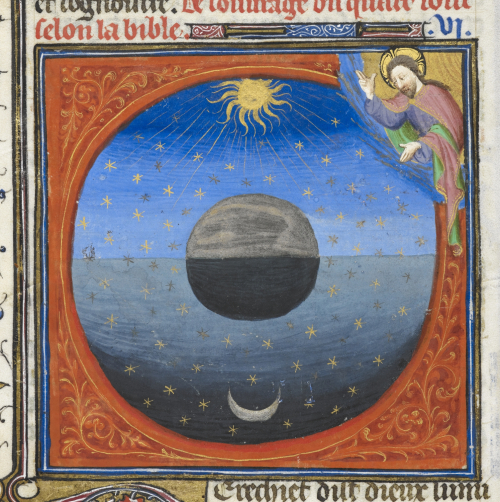