The Mostyn Psalter-Hours: a new acquisition

We are delighted to announce that the Mostyn Psalter-Hours has been acquired for the national collection at the British Library, thanks to the support of the National Heritage Memorial Fund and other generous supporters. The manuscript is a late 13th-century illuminated Psalter-Hours produced in London, and is now Additional MS 89250. 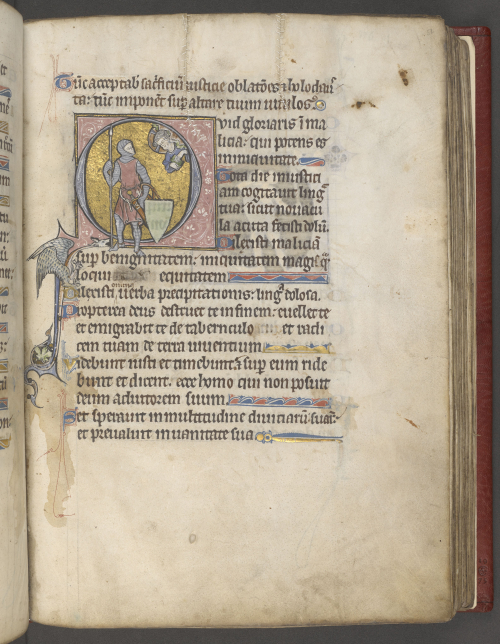 The book includes a calendar, decorated with twenty small miniatures of the labours of the months and the signs of the Zodiac (two months are lacking), and a Psalter with eight of the original ten large historiated initials, the Hours of the Virgin, and the Office of the Dead.

The manuscript’s original patron is unknown, but its high quality illumination indicates that it was made for an important individual, possibly a bishop, as an image of a bishop appears in the illustration for Psalm 101, where a donor portrait might be expected.

Importance to the national heritage

The manuscript can be identified securely as having been produced in London: its calendar records a sequence of London saints, including the 7th-century bishops of London, Melitus and Erkenwald, and the feast of the translation of Edward the Confessor in Westminster in 1269. Relatively few examples of luxury books made in London survive from the medieval period. The book is therefore of clear national heritage importance and a natural fit for the national collection, which holds the largest collection of English Psalters made in this period. 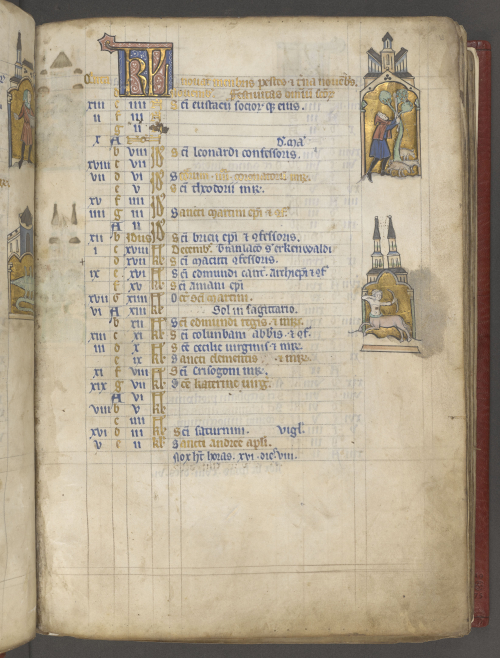 As an outstanding example of English illumination of the highest quality, the manuscript represents a crucial piece of evidence for the history of English painting. Textually, it is an interesting example of a combined Psalter Hours. Because it is localised to London, it is a critical focus around which to group other manuscripts—of Psalter texts and others—in a Westminster/London context, and to compare with books made in other centres.

The addition of the Mostyn Psalter to the British Library’s collections will facilitate identification of other London-based scribes and artists in other manuscripts. Similarly, the representation of the possible patron within the book, as noted above, may also shed light on the production of these luxury books.

The manuscript has been digitised in full, and has been added to our Digitised Manuscripts website (Add MS 89250), where it may be accessed free of charge. In the coming months it will be placed on display in the Library’s Sir John Ritblat Treasures Gallery, which is open seven days a week. Thereafter it will be available to scholars in the Library’s Manuscripts Reading Room.

The purchase price of the manuscript was £775,000. We are grateful to the many funders who made this acquisition possible: the National Heritage Memorial Fund, who contributed £390,000, the Art Fund, Sir Siegmund Warburg’s Voluntary Settlement, the late Bernard Breslauer, the Friends of the British Library, and the Friends of the National Libraries.